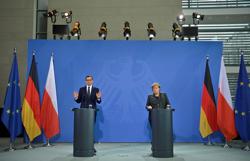 After retiring as chancellor, Angela Merkel moves back to her native Uckermark, an hour's drive north of Berlin, with husband Joachim and pet pug Putin. There, Merkel inadvertently becomes a sleuth when her bucolic idyll is overshadowed by a murder.

This is the ludicrous plot of a new tongue-in-cheek detective novel by German author David Salier, which is selling well as Merkel plans to leave office after 16 years.

And yet one part of the plot is not at all far-fetched: Merkel's love of the Uckermark region and in particular Templin, the small Brandenburg town of 16,000 people where she grew up surrounded by meadows, woodland and lakes.

Many Templiners still know Merkel from earlier times, when the future chancellor went by the nickname Kasi. Merkel's mother, Herlind Kasner, taught English at the town's adult education centre until very late in her life, and her father Horst Kasner was a well-known pastor who fell foul of East German authorities.

Merkel's former maths teacher Hans-Ulrich Beeskow is still regularly asked to give interviews about his former pupil, who was a member of Beeskow's Young Mathematicians club during the communist era, and who Beeskow claims, perhaps with the benefit of hindsight, was the most talented girl he'd ever met. 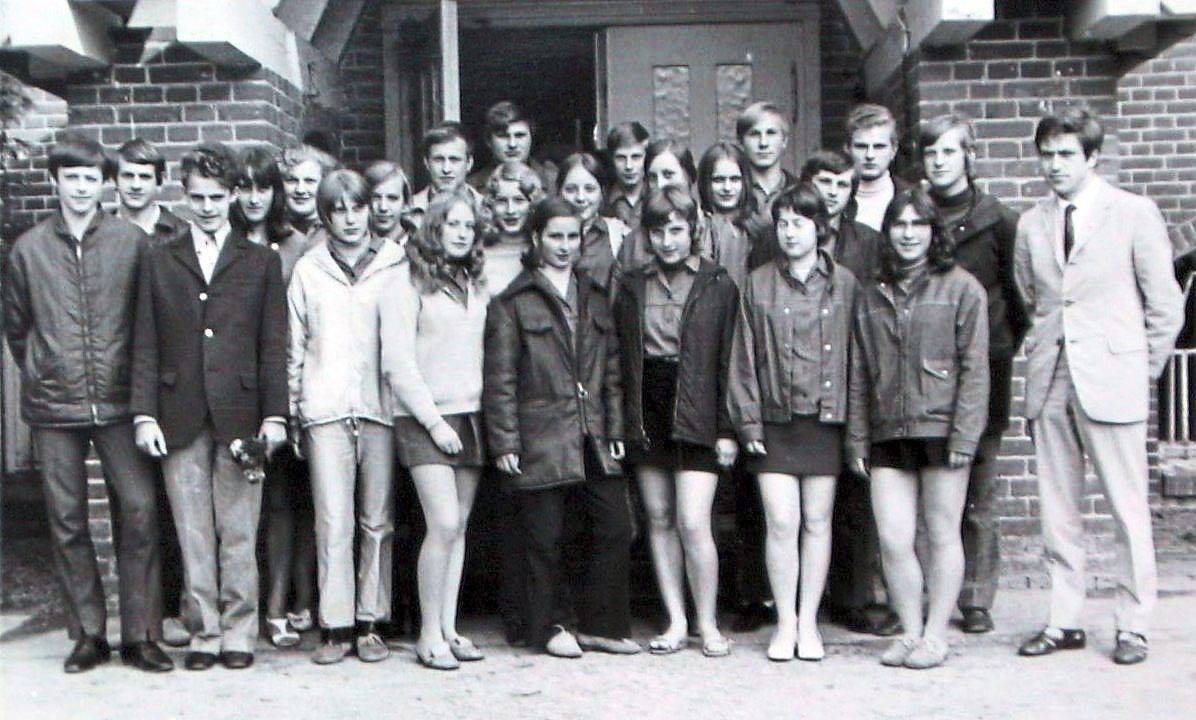 The Uckermark is a special region. On the one hand, there isn't much there – like many parts of the former German Democratic Republic, the mass exodus of young people is hard to ignore. And yet things are changing fast for the area as nearby Berlin continues to thrive and the city's burgeoning middle class is increasingly looking for country homes or weekend retreats.

The Berlin media has already dubbed the region "the Hamptons of Berlin", a reference to the preferred weekend destination of moneyed New Yorkers.

A local saying has also cropped up recently: "Help, the Berliners are coming" – a reference to inhabitants of the capital arriving in their SUVs to buy vegetables from the farmer's market because they find it all so charming and authentic.

Templin is something else, too: a quiet spa town characterised by its half-timbered houses, cobbled streets and old city walls. Not much goes on here. Recently, for example, one of the town's inhabitants made headlines locally for growing the largest courgette in Germany.

"If you don't want to see people for seven days, you can do well here," says Templin's tourism chief Ernst Volkhardt as if to underscore the point.

However, the fact that Templin was Merkel's childhood home has brought it a lot of press and attention, but Volkhardt emphasises that the town doesn't simply want to exploit the Merkel connection. 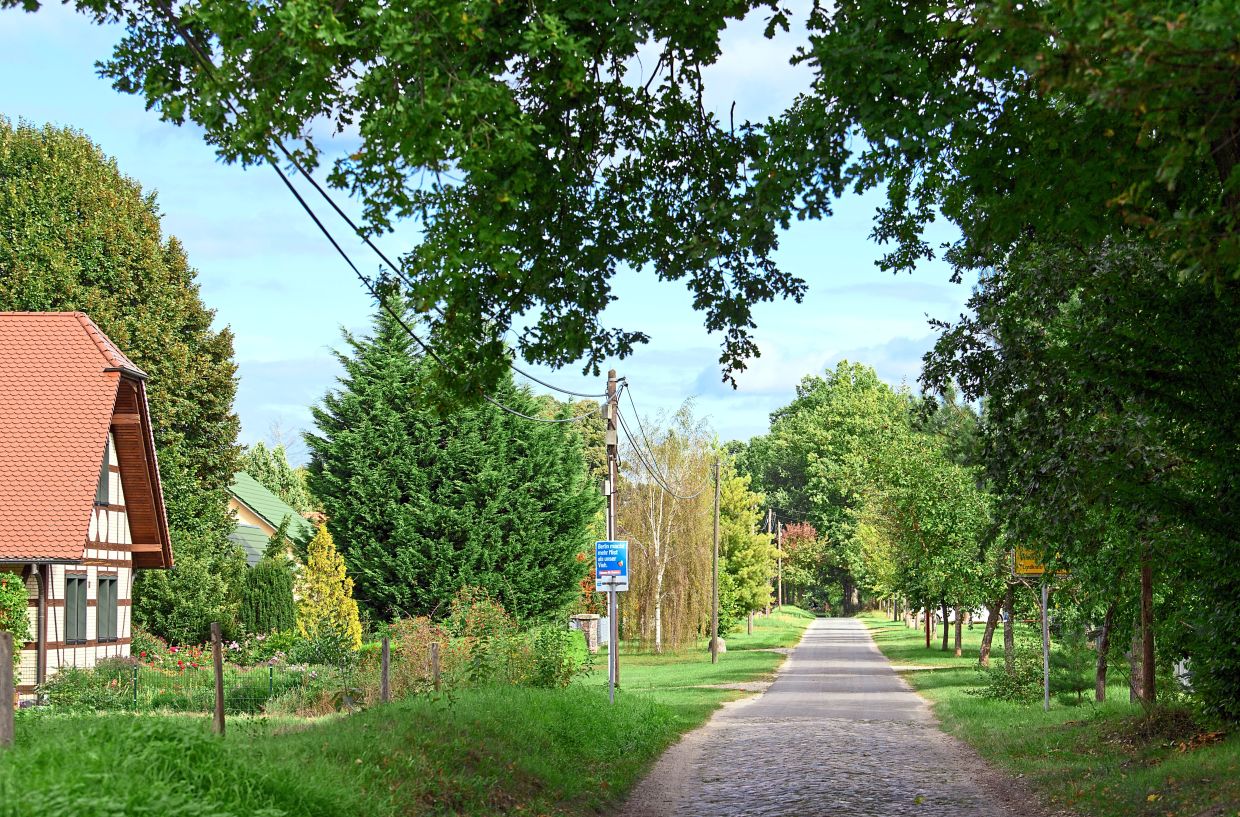 The entrance to the village of Hohenwalde, where Merkel's country home is located.

There are no tours or plaques marking the buildings that played a significant role in the chancellor's life, but a quick look online will reveal that Merkel's current country home can be found in the nearby village of Hohenwalde.

The simple white, single-family house may look inconspicuous enough at first glance, but the presence of a police officer outside will quickly confirm you're at the right place.

So is Uckermark now overflowing with burnout victims from Berlin seeking to imbue their existence with mindfulness through beekeeping and making jam?

German filmmaker Lola Randl has described this phenomenon in her wry autobiographical novel with laudable self-awareness. Randl lives in Gerswalde, described by Berlin daily newspaper Tagesspiegel as a "hipster village".

She moved there from Berlin 12 years ago, taking over a former hotel with spacious grounds, where nowadays a Japanese cafe, a beer garden and a smoked fish stand operate in the summer months. 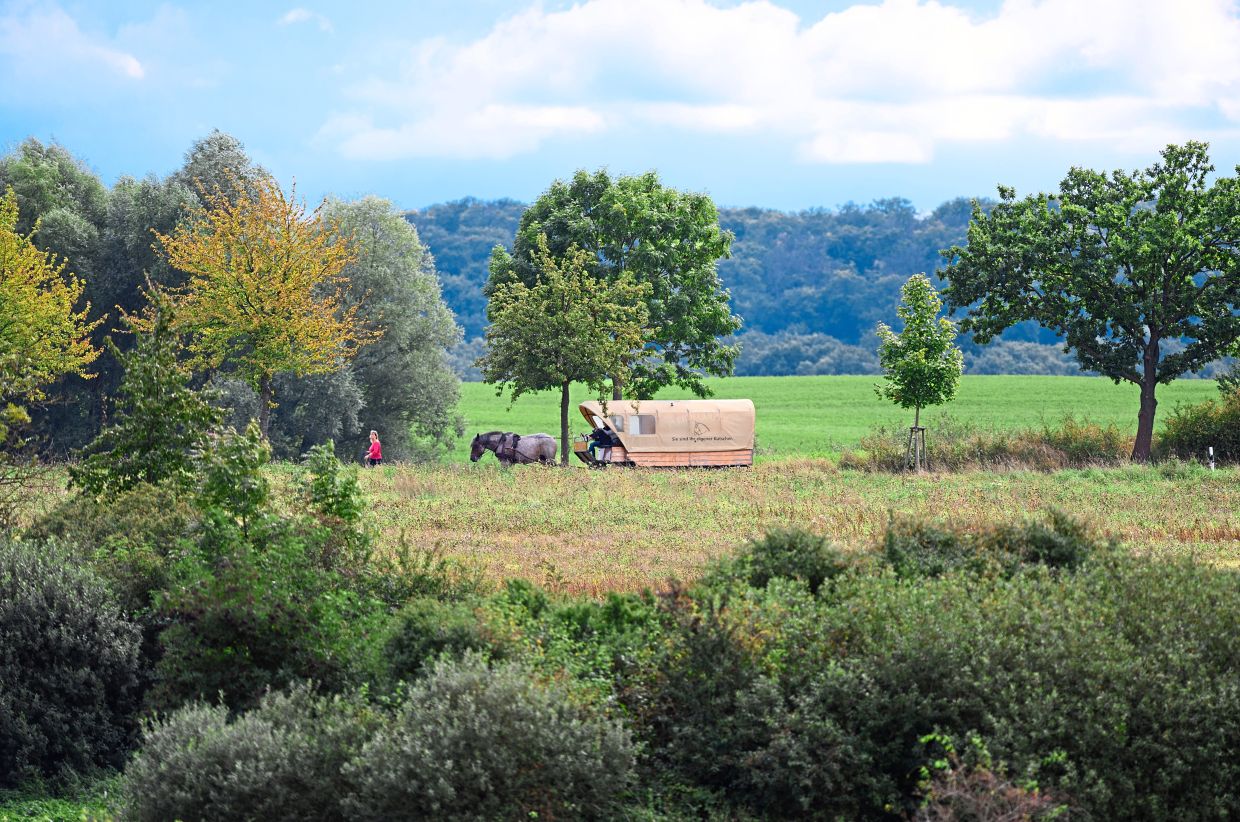 A horse-drawn carriage in the Uckermark region near Berlin.

Berliners come in droves, and Randl's garden can look much like a street food market on the weekends. Sometimes it's been too much, Randl says, recalling that she originally left Berlin to find peace and quiet and that the genie might not be so easy to get back into the bottle.

Another recent development has been the number of people wanting to move to the countryside permanently rather than just coming for the weekend.

Randl admits that things have in many cases changed for the better since she moved here. For example, a midwife who has founded a birth centre now lives with her family next door.

And what about the hipsters? "I haven't seen any yet today," she says, laughing. Randl is currently trying to decide whether to turn her house into a hotel or not. Perhaps she would be better off picking all the apples and plums in the garden first, she muses rhetorically.

Just a few kilometres away lives Dimitri Hegemann, a techno pioneer whose club Tresor may have shaped Berlin's post-reunification nightlife but who has also just bought a decibel meter for his Berlin apartment as the constant police sirens in the city now annoy him. 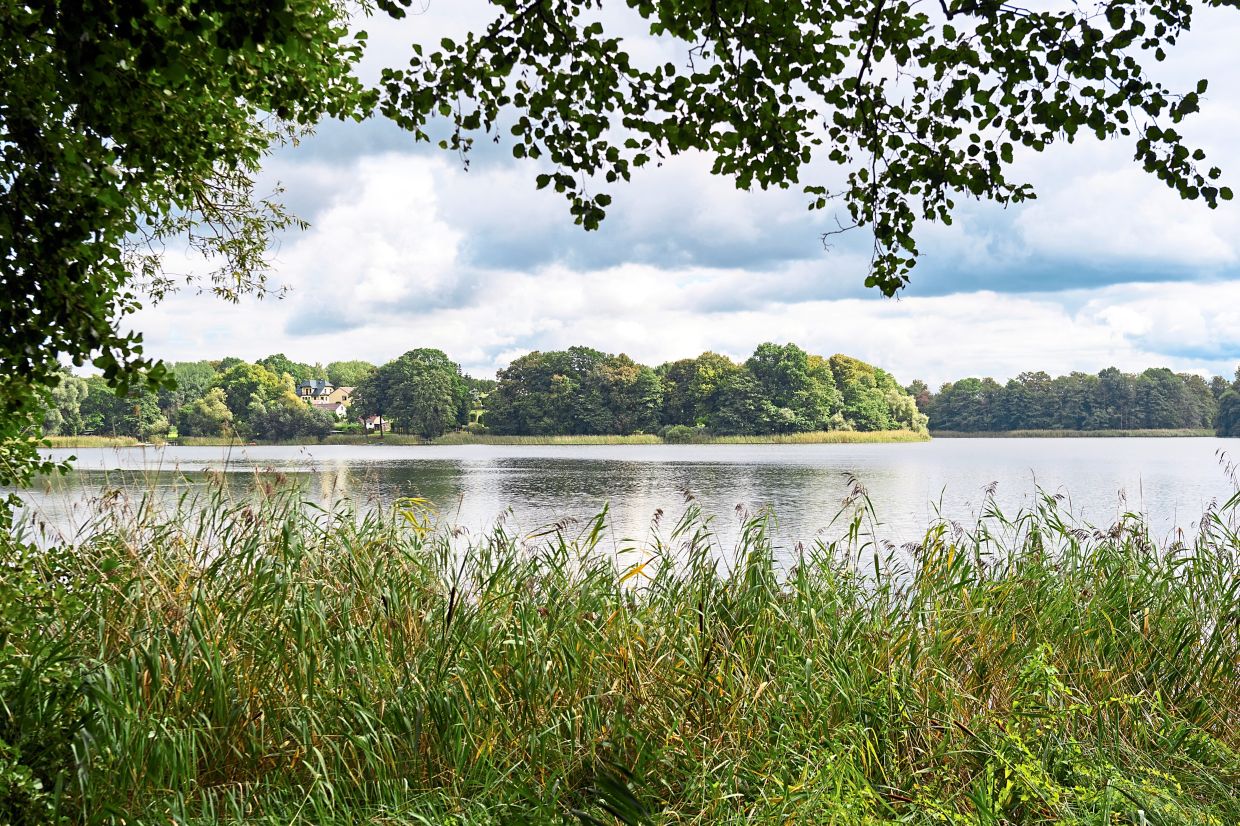 The Duester lake in the Uckermark region near Berlin, where Merkel grew up.

"Berlin has become so loud," he complains.Hegemann now spends much of his time in the peace and quiet of Uckermark, though he too laments the rising prices and large number of visitors.

"Everything is just being rented out," he remarks, though he concedes that the media attention has at least brought much excitement to the village where he lives.Young people leaving the area as soon as they graduate high school remains a big challenge locally, and so Hegemann has turned his energy to promoting youth culture with his "Happy Locals" campaign.

Determined that there must be cooler things going on in Uckermark than the occasional Jennifer Rush concert, Hegemann is constantly seeking out new venues and potential locations in which to hold events, calling himself a "spatial explorer".

In Templin, for instance, Hegemann discovered a derelict slaughterhouse on an industrial estate which he envisages one day transforming into a "cultural beacon" with a club, ateliers and studios.

"There have to be wild parties there every weekend, otherwise it'll get stale."

Hegemann is currently looking online for locals interested in helping him rejuvenate the space.So aside from murder, there's actually plenty of goings on around Templin, and Merkel will have plenty of items to read aloud to her husband from the local paper each morning.

While her exact retirement plans remain unknown, it's not hard to imagine her choosing to spend far more time in Uckermark. – dpa 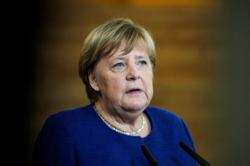 British company offers adrenalin-fuelled drive in fire engine
I'm gonna be, all by myself
Dear Thelma: My wife is unwilling to leave the house for holidays
Dog Talk: Woof, are you there?
Filipino-Malaysian family of 5 finds new meaning living in a 300sq ft house Premium
Treasure trove of biodiversity under threat
Why Singapore, Zurich and Oslo are the world's 'smartest' cities
Barcelona, Manchester, Helsingborg and Milan: The UN's new 'Resilience Hubs'
Does having chicken soup for your cold really help?
For Native American tribes, ‘good fire’ is key to mending nature and people