Is anybody out there? A US report on UFOs falls short of hype

Koehler predicted correctly that fans of UFOs who had hoped to hear more about the dead bodies of aliens or flying saucers crashing into the desert would be left disappointed by the US report. Photos: dpa

Even as former president of the United States, Barack Obama, was fascinated by extraterrestrials and unidentified flying objects (UFOs), he recently generated a surge of excitement among others who are wondering whether there's life out in space.

"The truth is that when I came into office, I asked: 'Is there the lab somewhere where we're keeping the alien specimens and spaceship?'" Obama told television show host James Corden on CBS.

"There was then a little bit of research done, and the answer is no."

However, Obama's next words sent a jolt of excitement through fans of UFOs all around the world.

"But what is true – and I'm actually being serious here – is there are footage and records of objects in the skies that we don't know exactly what they are," Obama said.

"We can't explain how they moved, their trajectory. They did not have an easily explainable pattern," he said. One person who had "no great expectations" of the report is Koehler, co-founder of the private Central Research Network for Extraordinary Celestial Phenomena (CENAP) in Germany.

Asked about the comments, Joe Biden, Obama's former deputy and the current president, only quipped: "I'd ask him again."

Behind the scenes, as Obama was giving his interview, government officials on the Unidentified Aerial Phenomena Task Force had been working on a report on precisely this issue for some time.

The task force was set up with the aim of "detecting, analysing and cataloging unexplained phenomena in the air that could potentially pose a threat to US national security", according to a statement from the Defense Department.

However, when the report was released as a nine-page preliminary assessment about a month after Obama gave the interview, it wasn't able to live up to the hype – or at least provide definitive answers.

The report looked at about 140 celestial phenomena observed by US Navy pilots over the past 20 years and concluded the phenomena were not caused by the US military or US government technology.

The report did not provide any precise explanations for the phenomena that some experts have feared could be military experiments with supersonic technology, carried out by China or Russia, for example.

That means the government could not definitively rule out the possibility that the phenomena the pilots saw are extraterrestrial spacecraft. However, the report also says that there is no evidence that extraterrestrials were actually observed either.

Pilots have reported objects suspended in the air for hours, without visible engines or exhaust gases, sometimes travelling at supersonic speed and at a height of more than 9, 000m. 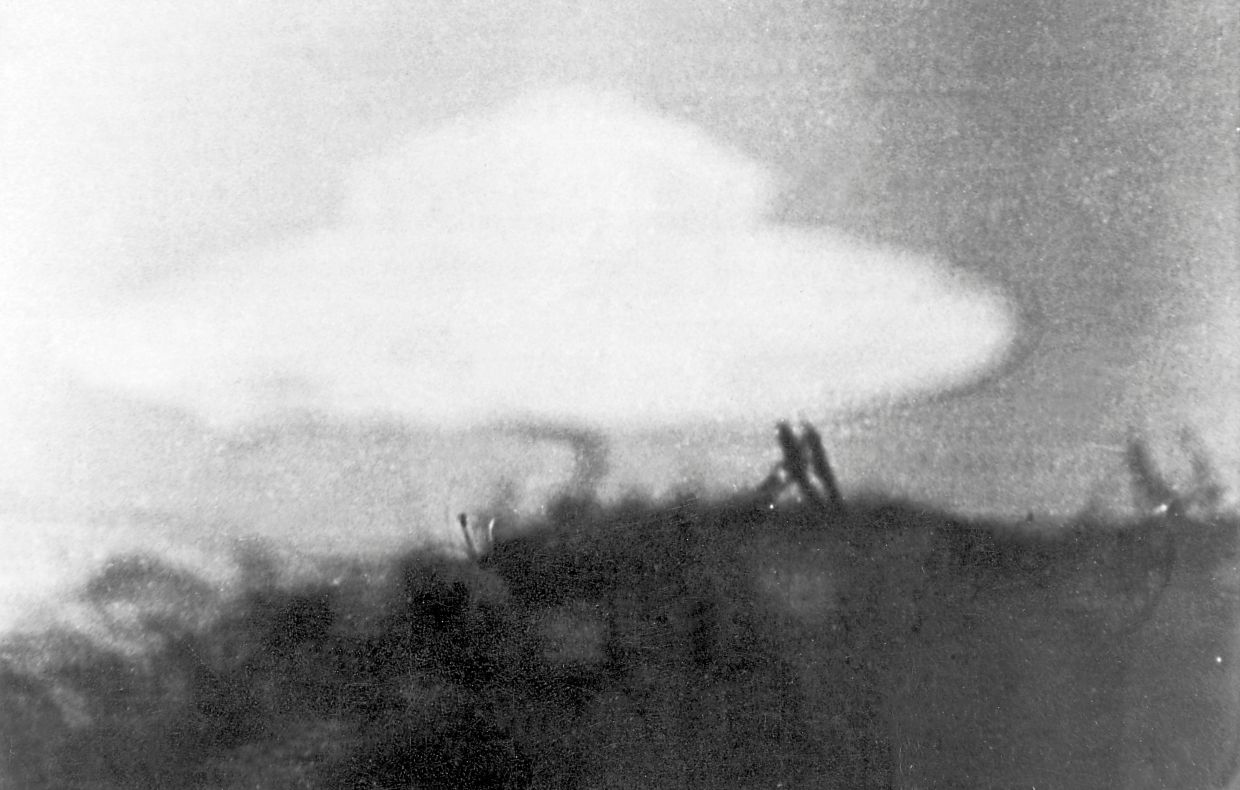 In this image, provided by Heinz-Juergen Goettert and taken by a 13-year-old boy in Britain, an alleged UFO is seen in 1954.

The problem with the investigation was primarily insufficient data, the report said. At the same time, it noted that these phenomena were a safety risk to air traffic and could potentially pose a national security risk to the United States. Therefore, it said, a plan should now be designed to better study and understand them.

One person who had "no great expectations" of the report was Hansjuergen Koehler, co-founder of the private Central Research Network for Extraordinary Celestial Phenomena (CENAP) in Germany, which examines reports on celestial phenomena.

He predicted that it would "bring no sensational results", since it's already known that no precise information is available about what caused the incidents in question.

As far as he knows, the circumstantial evidence suggests drones, balloons or something of that nature, says Koehler, who would like to see Germany produce a similar report.

But he predicted – correctly – that fans of UFOs who had hoped to hear more about the dead bodies of aliens or flying saucers crashing into the desert would be left disappointed by the report.

Obama, at least, whose remarks fuelled the hype, said that he would not be swayed by a possible proven discovery of extraterrestrial life, in an interview with Ezra Klein in a New York Times podcast.

"It wouldn't change my politics at all. Because my entire politics is premised on the fact that we are these tiny organisms on this little speck floating in the middle of space," he said.

"We do the best we can. And the best thing we can do is treat each other better, because we’re all we got. And I would hope that the knowledge that there were aliens out there would solidify people's sense that what we have in common is a little more important." – dpa

Louis Koo believes the truth about UFOs is out there

Do cats have empathy?
Top 5 lucky plants to welcome the Year of the Tiger
This incredible design concept is a mashup between a zeppelin and a yacht
This ‘Chief Therapy Officer’ is a welcome presence
Secret lab sniffs out fake euro bills
Malaysians make tiger-themed treats for a roaring Chinese New Year
How Ireland is promoting cycling in both urban and rural areas
We can’t just blame the rain for Malaysia's disastrous floods in December
Could a 'camping office' be part of your next job offer?
Jumping on the electric bandwagon Premium