You can tell your bird has a cold by a sneezing sound or the fact that the bird increasingly rubs its beak against the cage bars. — dpa

It's wet and cold outside, noses are running and throats are sore. Most humans have to deal with colds or viral infections at some point or other. But what about birds – can they catch similar diseases? And what can pet owners to when their feathered friends are feeling under the weather?

It’s true, some birds can actually catch a cold, although they are less prone to it than humans. If they do, they sneeze often and have clear discharge or pus coming out of their nostrils.

Some birds repeatedly rub their beaks against their perch or cage bars, says Anja Petersen, a German veterinarian specialised in birds.

Birds who have symptoms can be treated with an infrared lamp. The cage should always be lit from above with the lamp, not from the side, and one corner of the cage should be covered with a towel to create an area where the animal can retreat to if it is too hot, Petersen says.

If there is no improvement after two days of infrared light treatment, you should take your bird to the vet. This is also the case if it stops eating or drinking.

The main cause of colds in birds are strong temperature fluctuations. For example, cages are often placed near windows to provide natural light. The heat from radiators, which are often located below windows, can create an air current which facilitates a cold.

The radiator can also cause dry air, which dries out the mucous membranes and weakens the immune system. – dpa 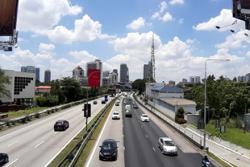 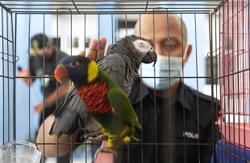