Human Writes: Whither global solidarity in the face of Covid-19?

Where Western governments are failing, Russia and China have stepped in, offering vaccines to dozens of countries and licensing deals for production. There are apparently orders for two billion doses of Russia’s Sputnik V, pictured above. Chinese vaccines have undergone phase three trials in over a dozen countries, including Indonesia.－ AP

In 2020, we clung to hope to end the pandemic – hope for an effective vaccine and hope for unity across humanity. Today, in 2021, we have several effective Covid-19 vaccines – an extraordinary scientific feat – and vaccination has begun in Malaysia.

But global solidarity? Uh-uh. Politics and profits are proving problematic amid vaccine nationalism, secret pricing and limited licensing deals. In an ugly me-first scramble, a handful of wealthy nations have grabbed the bulk of vaccines while developing countries just watch and wait.

And the waiting is a dangerous game because of the threat of variants. In southern Africa, a highly infectious variant is running rife, straining health systems. The medical aid organisation Médicins Sans Frontières (MSF) has urged for effective vaccines to be provided quickly.

“Vaccine apartheid” is unfolding. More than half the Israeli population and a quarter of the British population have received at least one dose of a Covid-19 vaccine, according to Our World in Data, an Oxford University project. As at Feb 23, that figure was 17% in Bahrain and 13% in the United States, but in Africa, it was a measly 0.1%.

Is it right that Israeli teenagers are now getting the vaccine as exhausted healthcare workers in Mozambique battle a dangerous variant?

“If I was a frontline health worker in a developing country, I would be very angry, ” Kate Elder, the senior vaccines policy adviser at MSF’s Access Campaign, tells me.

The world’s richest nations have bought one billion more doses than their citizens need – Canada has enough to vaccinate its population five times over! They secured their doses through bilateral deals with pharmaceutical firms, mostly with secret pricing and terms. “There is an absence of any transparency, ” says Elder, adding that corporations concealed costs.

Such actions jack up prices and jeopardise Covax, which was set up last April to distribute Covid-19 vaccines fairly by the World Health Organisation, the vaccine alliance Gavi, and the Coalition for Epidemic Preparedness. Covax has only just started delivering doses.

The winners are the pharmaceutical firms – Covid vaccines will generate US$32bil (RM129.6bil) in revenue for three major firms (US$19bil, or RM77bil, alone for Pfizer), says a report by investment bank Morgan Stanley.

Given that vaccine developers received over U$10bil (RM40.5bil) in funds from governments, non-profit organisations and even individuals such as American singer Dolly Parton, this feels morally reprehensible. It is indefensible to make such profits from so much human suffering.

“We would have hoped that governments put more conditions on that funding [such as] a mandate to share that technology. But that didn’t happen, ” says Elder.

“Nobody executed a different model. It’s still the status quo, where a disproportionate amount of power is in the corporation’s hands.”

It is ironic that Germany, which gave US$445mil (RM1.8bil) to develop BioNTech’s mRNA vaccine (manufactured by Pfizer), could barely get its hands on the vaccine until recently.

Supply is limited partly due to the lack of licensing deals to allow vaccine production in other countries – only Astra-Zeneca is doing this, allowing India to produce the vaccine Covishield.

India and South Africa have called for the World Trade Organisation to temporarily waive intellectual property rights for technology transfer to produce Covid-19 vaccines, but Britain, Switzerland and the United States – which all have strong pharma firms – blocked the move. Imagine, with mass production, maybe we could end this misery in months. Yet now, some countries may not get their vaccines until 2024. What viral mutations and variants will we have by then?

Where Western governments are failing, Russia and China have stepped in, offering vaccines to dozens of countries and licensing deals for production. There are apparently orders for two billion doses of Russia’s Sputnik V. Chinese vaccines have undergone phase three trials in over a dozen countries, including Indonesia.

Some Western media are saying such “vaccine diplomacy” is to gain influence. Frankly, it’s a lifeline. We’re in a numbers game now, we need to vaccinate quickly. Otherwise we risk the virus mutating and rendering the vaccines ineffective, sending us back to square one.

Speaking about fairness, I hope we won’t see VIPs jumping the queue for vaccines. The first phase should only be for frontliners and, in my view, the elderly – ie, those most exposed and those most at risk. The risk of dying from Covid-19 for a person aged over 85 is almost 8,000 times higher than that for a child (aged five to 17), whereas the risk of dying for an adult under 30 is only 15 times higher, according to the US Centers for Disease Control and Prevention. Plus these vaccines are designed to prevent severe disease and death – transmission is a grey area.

So surely those with the highest risk of death – those aged over 80 – should be a top priority for the vaccines, as in most countries? Don’t we value our elderly?

Anyway, I’m thankful vaccination is underway in Malaysia. I’m holding out hope that everyone can get vaccinated quickly. As I wrote one year ago, to end this pandemic, we must end it for everyone. 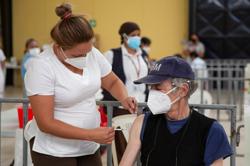 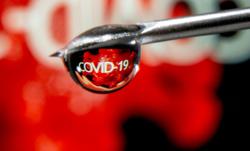 It's more comfortable, but what is the cost of going braless?
Bangladesh's floating gardens: a sustainable farming solution amidst climate change
Noise pollution poses long-term risk to trees, study shows
Dogs also have the right to a survival kit in case of natural disasters
How Los Angeles plans to achieve 100% renewable energy
More than 5,000 tonnes of extraterrestrial dust falls to Earth every year
Listen to the music of a spider's web
Biodiversity 'hot spots' devastated in warming world
Are guinea pigs the perfect pandemic pet? Not quite, experts say
Eating less meat can have significant impact on carbon emissions, says WWF study