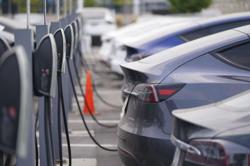 If current mobility trends continue, particulate matter will become a major health problem in many cities in the coming years, according to a report. Electric cars also share the blame here. — dpa

For owners of electric cars who are keen on being kind to the environment, a new report published by the OECD makes for uneasy reading.

The dossier warns that fine particulate matter (PM) from brakes, tyres and road surfaces are an “ignored environmental policy challenge” and could soon become a major health problem for city dwellers.

Electric vehicles are the culprits here, together with their petrol and diesel equivalents, says the report, published in December.

The report from the Organization for Economic Cooperation and Development (OECD) said the dirt kicked up from road wear and the resuspension of road dust particles from passing vehicles might even cause worse health problems than from burning coal.

“The issue here is particulate matter only, the stuff that is bad for our immediate health, mostly in urban areas, and has nothing to do with greenhouse gas emissions, ” says the report, titled “Non-exhaust Particulate Emissions From Road Transport: An Ignored Environmental Policy Challenge”.

“Globally, exposure to ambient PM has been ranked as the seventh most important risk factor for mortality, causing an estimated 4.2 million premature deaths in 2015.”

The OECD was particularly critical of heavy electrics like big SUVs, people carriers and commercial vehicles. Their weight has gone up due to heavier, long-range batteries on board.

It said heavyweight electric vehicles (EVs) emit an estimated 3% to 8% more particle matter than equivalent vehicles with combustion engines. Lightweight electrics, on the other hand, generally emit fewer particulates than their combustion-powered counterparts.

Even electric bicycles come in for some OECD criticism since their high-performance disc brakes release more fine particles into the air, especially as they are much faster and heavier than traditional cycles. As a solution, the OECD suggests a reduction in the number of kilometres travelled by private vehicles, which is not a call to limit mobility generally. The report advocates greater use of public transport, cycling and walking. – dpa

Thanks to this robot, soon you won't need to park at a charging station to top up your electric car 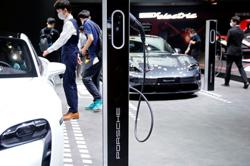 Is Rome ready for a cycling 'revolution'?
The ups and downs in the early stages of dating
Earth Day: Can a playlist encourage you to be more eco friendly?
Earth Day: Which countries are leading in terms of green progress?
Covid-19 sends global wine consumption to lowest level since 2002
Battling lockdown after-effects with socialising
How to rebuild better, safer and more sustainable cities post-Covid-19
Malaysia's coral reefs in 'fair condition', needs stronger local management, says survey
What if happiness could be learned at university?
How doctors can market themselves without running afoul of non-advertising laws