Wendel rides his wheelchair over a ramp made of Lego bricks over a kerb in the German city of Wuerzburg. Photos: Karl-Josef Hildenbrand/dpa

One of Julian Wendel's most irritating daily problems was just 5cm high. Most people could take the small step in front of the entrance to his favourite cafe in their stride, but for a wheelchair user like Wendel, it was an annoying daily hindrance.

Luckily, a clever and colourful solution was found – Lego bricks.

“We used around 1,500 pieces, ” says Wendel, who is part of a group trying to promote independent living for disabled people in the German city of Wuerzburg. Each block had to be laboriously glued into place, but the end product was light, stable and very eye catching.


And this last feature adds another dimension to the campaign – the brightly coloured ramps are helping to raise awareness of accessibility issues for people with disabilities in the city. They have been such a success that teams of volunteers are now building similar ramps across the region and beyond.

Rita Ebel was one of the first people to promote the building of Lego ramps. This earned her the affectionate nickname Lego Granny (or "Lego Oma" in German). 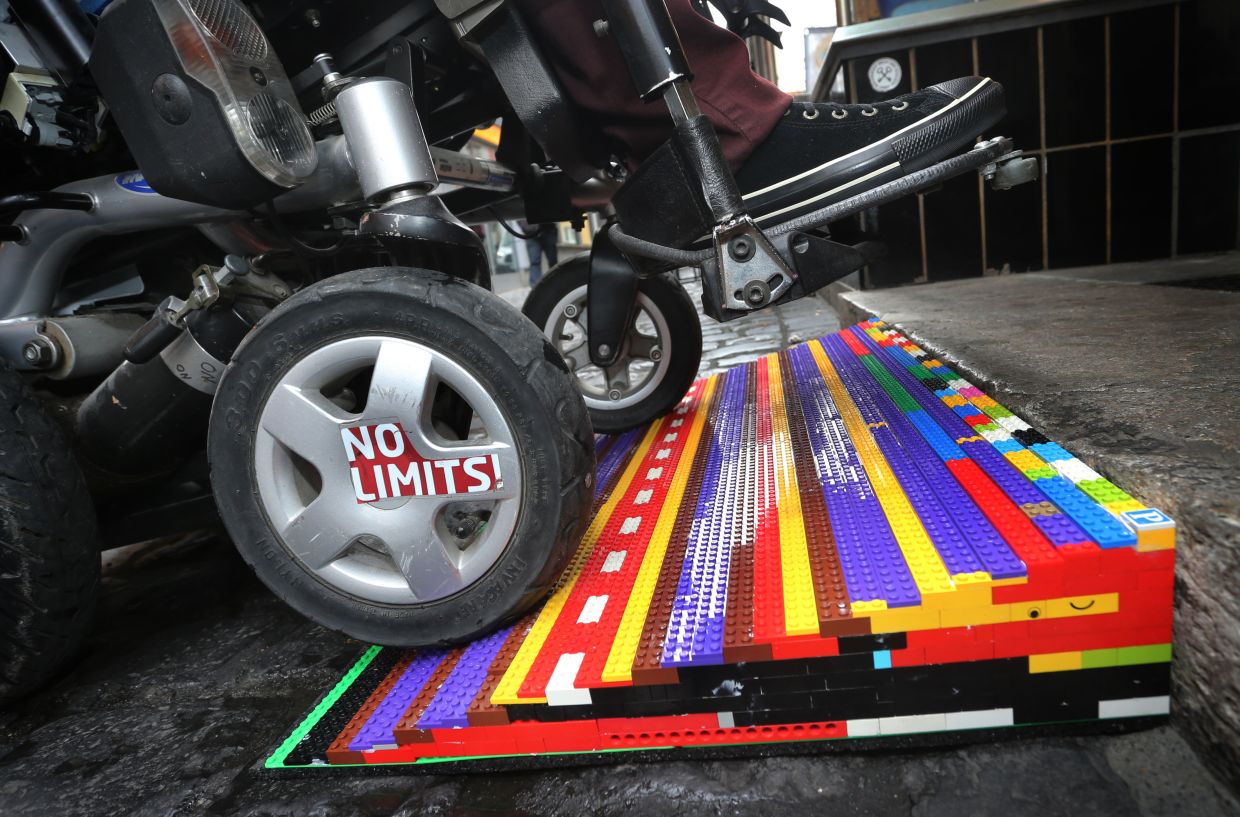 Kerbs and flights of steps are part of city life, but they can be huge obstacles to wheelchair users. Activists are trying to change the urban landscape, and mindsets – with the help of Lego bricks.

"I wanted to get people thinking about creating a more disabled-friendly society, ” she says,"and I also wanted to encourage people to get out there and start improving things themselves."

She provides volunteers with help and advice about how to construct the ramps, and she’s had interest from far and wide – instructions are now available in German, English, French, Italian and Spanish.

There are practical problems to overcome, of course. The biggest of these is that huge numbers of Lego bricks are needed, and Wendel says the collection of the plastic blocks is the highest priority for his group.

It is perhaps some encouragement to bear in mind that the manufacturers of Lego recently estimated that there are more than 60 times as many Lego bricks in the world as people. Donation boxes have been set up all over the city, and the aim is to build 10 more ramps in the area over the coming year.

For Wendel, a graduate psychologist who is dependent on a wheelchair due to a muscle disease, the greatest challenge is not on the street.

"The biggest hurdles for me are the barriers in my head – that I am too often seen differently as a person with a disability, as a ‘handicapped person’, and rarely as a ‘human being’ or ‘man’."

Single mum not letting disability stop her from making a living