Barcelona, a city largely based on a geometrical grid, introduced its so-called superblocks in 2017. They consist of four-by-four housing blocks, inside of which cars are largely dispensed with. — dpa/ADFC/Ajuntament de Barcelona

Never have as many people as today lived in large cities. With the growing number of inhabitants, there is also busier traffic – with a visible impact on the environment.

More and more metropolises are championing innovative strategies to make city centres more liveable and bike-friendly. Here are some of the most exciting plans.

Barcelona, a Spanish city largely based on a geometrical grid, introduced its so-called superblocks in 2017. They consist of four-by-four housing blocks, inside of which cars are largely dispensed with. Vehicles are only allowed to drive 10km/h inside the superblocks and make left turns, and most roads are one-way.

The idea is that the superblock is only accessible for residents and deliveries, making room for more green spaces, biking lanes and seating areas.

A study by the German biking association ADFC found that superblocks have resulted in double the amount of green spaces and reduced carbon emissions by a quarter. Neighbourhoods became more liveable and the number of small shops increased by 30%.

Three districts in outer London, where people traditionally depend on cars, have been turned into what the government calls Mini Hollands, bike-friendly neighbourhoods modelled on the Dutch urban infrastructure.

The government spent some £30mil (RM162mil) on each Mini Holland in Enfield, Kingston and Waltham Forest to built bike lanes separated from roads, bike parking spaces and speed bike lanes into the city centre.

So-called modal filters were implemented to limit traffic on certain roads, for instance to bikes or buses only, for quieter streets. Instead of parking lots, so-called parklets were built, small public areas with green.

The ADFC found that the scheme resulted in traffic being halved in calmed areas and residents cycling or walking more frequently. Pollution also declined and the retail sector gained by 30%, with fewer shop vacancies.

These two cities have opted for the radical policy of temporarily banning cars altogether. In Bogota, cars are forbidden from entering most streets on Sundays and holidays – and this for more than 45 years. A total of 127km are free of cars on 70 days every year as a result, with residents claiming back the streets on foot or bike. In Bogota, cars are forbidden from entering most streets on Sundays and holidays – and this for more than 45 years. — dpa/ADFC/Melissa Gomez

Stockholm, on the other hand, has been closing several streets in its city centre to cars for the entire summer since 2017. Between mid-May and mid-September, these streets are turned into pedestrian zones with plants, outdoor furniture and pop-up parks. Between 58% and 71% of residents are in favour of the policy.

Paris wants to become bike-friendlyThe French capital is known for its traffic, but in 2015 it introduced a “Plan velo” to become much more cyclist-friendly by turning hundreds of street kilometres into a network of bike lanes. Around 300km have already been converted.

According to the ADFC study, the number of cyclists increased by around 50% only a few months into the implementation, and especially more women, parents and elderly people are opting to take their bike to get around. – dpa/Gregor Bauernfeind Since 2017, several streets in Stockholm have been closed to cars and trucks throughout the summer. From mid-May to mid-September, pedestrian zones are set up there instead. — dpa/ADFC/The Stockholm Tourist

Transport anything with a Long John cargo bike 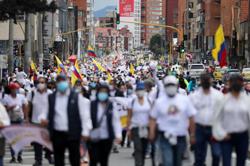 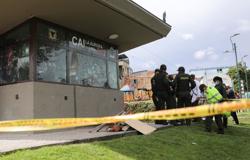 Swedish engineer builds world's first hydrogen-powered house
How Abu Dhabi is leading the way in managing high temperatures in cities
Job seekers: Fine line between sprucing up your CV and lying
My Pet Story: Fun times with Rino
Klang Valley eatery's innovative nasi lemak scheme helps needy families become entrepreneurs
Without spectators, the Tokyo Games cuts its carbon footprint by 12.5%
Heart and Soul: To Chief Tang, former Group Scoutmaster, with thanks
Friends for 70 years now, the members of The Seasons 4 are still going strong Premium
All the right tools and gear you’ll need for a bike adventure after lockdown
One for the road: Scotch distillery uses whisky waste to fuel trucks