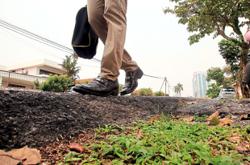 Tactical urbanism has been increasingly common in many cities worldwide since the end of lockdowns. — AFP

The health crisis and its consequences have meant that cities around the world have required reconfiguring – and quickly. This DIY form of urban planning, involving scotch tape on supermarket floors or ephemeral bike paths, is called tactical urbanism. And while it was often associated with certain forms of militancy in the past, it could become a new way of reshaping cities so that they evolve with their inhabitants.

New bike lanes, temporary pedestrianisation of streets, reclaiming parking spots and vacant lots – initiatives like these have been increasingly common in many cities worldwide since the end of lockdowns, notably in France, as well as in Colombia, the United States and New Zealand. This practice is called “tactical urbanism” and it takes the form of a movement to actively transform urban environments and reclaim city streets.

Tactical urbanism has been around for a long time. This movement was born in the 1970s in San Francisco, the United States, at the instigation of activists. They had a visionary aim at the time: cars take up too much space in cities, and so it is imperative to rethink the use of vehicles. They launched one-off operations, like car-free streets on certain days, to reshape their city centres.

Some call it “pop-up urbanism”, others “urban acupuncture”, but it all comes down to a participatory ideology with citizen involvement to counter traditional town-planning. For instance, the plan to green the city of Paris (2014-2020) has been submitted for citizen consultation, while citizens in New Zealand were deeply involved in in redeveloping certain city streets after a call from the government.

In 2005, a collective of American artists and designers called Rebar got attention by reclaiming parking spots and turning them into public recreational spaces, gardens or pop-up art galleries. This became a global phenomenon, called Park(ing) Day, organised every third weekend of September in over 20 cities worldwide.

What will occur after the pandemic? The health crisis has accelerated the use of tactical urban planning techniques worldwide. Increasing space on sidewalks to maintain a safe distance, widening bicycle paths to encourage more people to ditch their cars – for the moment these solutions remain temporary. But the question will arise sooner or later: should cities be reimagined tactically? – AFP Relaxnews

Green energy the key to a sustainable future 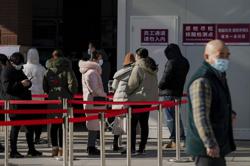