Here are this year's World's 50 Best Bars, and how they were selected 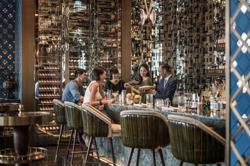 This week, Bar Trigona became the first Malaysian bar to make it on the World’s 50 Best Bars list. We spoke to the creators of the list to find out how it works. Photos: World's 50 Best Bars

Earlier this week, Bar Trigona became the first Malaysian bar to ever make it on to The World’s Best 50 Bars list, coming in at #44 at a virtual ceremony on Thursday night.

Coming on top of the list was Connaught Bar in London, while Singapore’s Atlas was the highest ranking Asian bar on the list, coming in at #4. (See below for full list)

Published annually since 2009, the World’s 50 Best Bars is a definitive list of the world’s best drinking venues, voted for by an academy of over 540 experts worldwide. There is also a regional Asia’s 50 Best Bars list, in which Coley and JungleBird were also included alongside Trigona.

But how exactly is the list compiled? With so many bars all over the world how does the organisation narrow them down to just 50?

First of all, there are many types of bars. How do you even define a bar, and what is the main criteria to qualify for the list? Bar Trigona at Four Seasons Hotel KL is the first ever Malaysian bar to make the list. Photo: Facebook/Bar TrigonaWhile it is true that there are many types of bars, there are no pre-determined criteria that a bar has to meet in order to qualify for the list. There are, however, strict rules that our voters have to abide by when casting their votes.

Voters could vote for a small, unknown bar in a remote part of the world, or select the best-known venue in their own country or region – it is their opinion and the experiences they have had that matters. Each voter receives seven votes. Four of these votes can come from their home territory, but at least three have to come from outside their region.

Bars certainly do not have to sell a certain product, nor do they need to have been open a certain number of years or need to have won any other accolades. Essentially, unless it is closed at the time that the list is announced, or we receive notice that it will be closing in the near future, every bar in the world is eligible to be on the list.

What is the one criteria that you consider above all else?

There are no pre-determined criteria for bars to qualify, but voters generally look for several star qualities in bars that befit the title of being named one of the best in the world – though it must be said that there is no formula or sure-fire recipe for getting onto the list. You can see from the huge variety of styles of bars on the list that there is no clear criteria.

The voters will look to see if bars have a great story to tell, and are able to communicate this story effectively through their drinks and the bar experience. The bar and its staff should also possess a flair for service, such as through a bartender who can connect with his or her guests on a personal level.

Ultimately, what makes a world-class bar would boil down to how well-executed the entire guest experience can be. A bar with a clear identity is generally well received and one that offers very good service. Obviously, great drinks are a given. 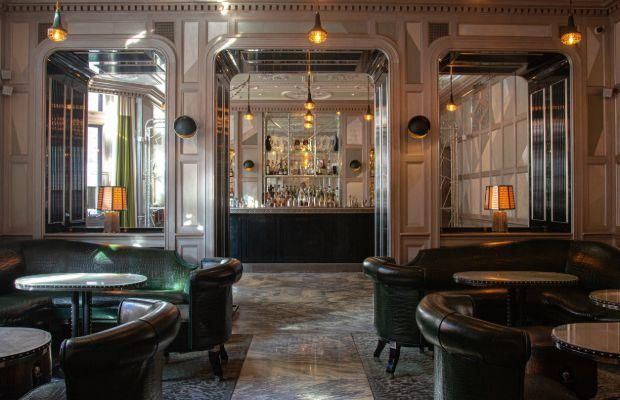 Who are the judges, and what do they have to do to be part of the judging panel?

The World’s 50 Best Bars Academy consists of 540 anonymous drinks experts with 50/50 gender parity, including renowned bartenders and consultants, drinks writers and cocktail specialists from around the world.

To be chosen as a voter, they must firstly be well-versed with the drinking scene of their country of residence and their region, and be well-respected for their expert opinion. They must also remain objective and fair with their recommendations, as we are strict about the impartiality and confidentiality of votes in order to uphold the credibility of the list.

What is the voting process like and how do you make sure it is, above all, unbiased and fair?

The Academy of voters is spread across 20 global geographic regions, each headed by an Academy Chair who selects their region’s voters, with the distribution of voters designed to reflect the relative development and sophistication of the drinks sector, and the concentration of quality bars, in each region.

Each voter casts seven votes, based on their best bar experiences of the previous 15 months (due to the pandemic, this year’s voting period ran from January 2019 to March 2020), of which at least three must be for bars located outside the voter’s country of residence, except for the United States, where they must vote for at least three bars outside their home state.

Voters are required to remain anonymous and voting is confidential, secure and independently adjudicated by Deloitte. 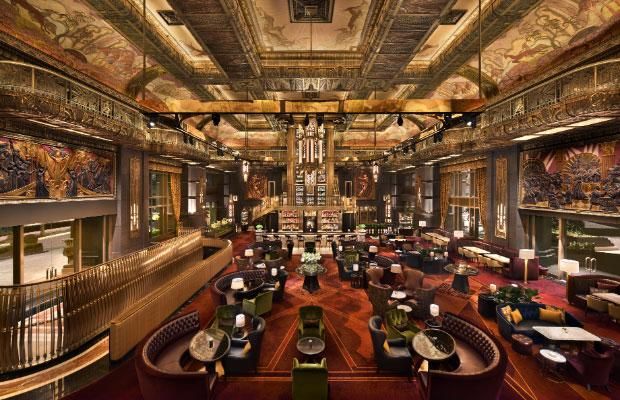 Singapore's Atlas is the highest ranked Asian bar on the list, at #4.

Malaysia, a country that is not exactly renowned internationally for its bar scene, has its first entry into the Top 50 this year. So, how do countries outside the usual suspects like Singapore, Japan and the more frequently-visited countries get considered for the list?

With only 50 spaces in the one to 50 list, it is sometimes inevitable that there will be cities, countries, and whole regions, and even many great bars, that are not on the list. To allow more bars to be recognised for their talents and remarkable achievements, we also have the extended 51-100 List, and even a list dedicated to the best bars in each region (i.e. Asia’s 50 Best Bars).

Even with these lists in place however, it is still only 100 bars out of thousands of very good ones around the world that do not appear on our ranking. We also launched 50 Best Discovery last year, which contains 600 bars who have received votes from our Academy. Getting a place on the 50 Best Discovery website is a clear sign to a bar that it is on the right track.

Ultimately, while we want to be able to recognise more bars from around the world, we also believe that our voting system has stood the test of time and is a trusted list of bars for people to base their travels and worldwide drinking experiences on.

World's 50 Best Bars to be revealed tonight: will a Malaysian bar finally make it in? No-fog sprays for glasses work, but can be harmful
How to organise your pantry well: Tips from two Malaysian working mothers
Covid: New York faces uphill battle to return to normal
16 tips to ensure you get a good night's rest
Dear Thelma: Our long-distance relationship is tested during MCO
Dog Talk: Pet fostering takes a special kind of love, and can save lives
Curious Cook: Food as medicine, finally
Two Malaysian houses whose unique roof designs are inspired by the canopy of rain trees Premium
When dogs and their owners share the risk of diabetes
5 ways to spice up your Chinese New Year celebration