Does a big age gap help or hurt a relationship? If you ask couple therapists whether a relationship with a big age gap will work, they’ll likely tell you that the opinion that matters most is your own. — Roger Richter/Westend61/dpa

If you ask one relationship coach, the answer is clear: Couples should not be more than five years apart in age, no matter who is the older one.

Otherwise, the older or younger partner can wind up being a crutch for something the other partner does not have, says Christine Backhaus, a relationship psychologist based in the German city of Frankfurt.

If the man is older, then perhaps the woman sees her absent father in him, someone she lacked as a child. That’s dangerous, says Backhaus.

That’s a father complex, she says, and if the relationship ends, it can leave the former partners suffering greatly.

But not all couple therapists see it this way. “Who doesn’t have a father complex,” says another relationship therapist, Wanja Kunstleben. She says all relationships are affected by the link to the parents, our first and most important relationship.

However, it is challenging if one partner has already moved into a different stage of life due to reasons of age. “Both partners grow up in different cultures, and that becomes obvious in everyday life,” says Dominik Borde, a relationship coach from Vienna.

The pair should address this and take a calm view of the fact, says Kunstleben.

Sometimes those differences can lead to hostility and anger otherwise. But it is deeply human to be outraged, Borde says, to get upset about things that don’t fit with our ideas of what conform to our ideas of norms and traditions, says the Viennese.

There are often also unconscious fears that resonate because otherness is arousing.

“What I don’t allow myself to do, I often don’t like in others either,” Backhaus says of those who criticise such relationships. Envy can play a part of this, if a young woman gets together with a wealthy man with lots of life experience.

Often, when people criticise others’ relationships, it’s because that fills an inner emptiness and distracts them from their own life or problems.

Moreover, biological age often says little about actual age, say some experts. “A big biological age gap is not necessarily a reason not to have a relationship, however large it may be. Because a partner who is not the same age as you are also brings positive things with it,” says Kunstleben.

What counts is to accept the other person as they are, including their different past, perhaps with a divorce, and probably with children.

If this is the case, bear in mind that the ex-partner is also part of the constellation, and should be valued for the role they have played in enabling the person to become who they are too. – dpa/Suria Reiche

Relationships: What to do if you dislike your partner’s friends 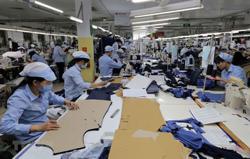 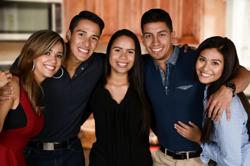