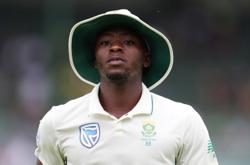 One of the seals from Seal Rescue Ireland with a ‘wetsuit mama’. The group repurposes second-hand wetsuits into ‘surrogate mothers’ that can comfort the orphaned pups.

With temperatures bobbing around an unseasonally cool 12°C and the usual summer storms rumbling towards the Atlantic seaboard, it’s been a busy June and July for Seal Rescue Ireland.

The charity helps hundreds of injured seals who are thrown by storms onto Ireland’s craggy, wave-battered coast.

Its workers typically spend these months keeping an eye out for grey and common seal pups parted from their parents by soaring seas.

Pups do not usually live for very long without their mothers.

“If this happens before they’ve gained sufficient weight or have learned necessary life skills, they have virtually no chance of survival on their own, ” says Melanie Croce, Seal Rescue Ireland’s executive director. “This season alone, starting with our first common seal pup on June 4, we’ve had 20 orphaned pups that have come into our care, ” says Croce.

The influx prompted one of Seal Rescue Ireland’s supporters to whip up what Croce calls an “experimental way to comfort very young orphaned seal pups.”

Upcycling differs from recycling, Haughton’s organisation says, as it uses discarded materials “to create a product of higher quality or value than the original”.

“This concept was first tried out here at Seal Rescue Ireland about one year ago, ” Croce says of the surrogate seals shaped from the second-hand suits. “The majority of pups that have come in over the past few weeks would normally still be with their mums in the wild, so this is the best we can do for them to mimic the real thing.” The seal pup Stellar is shown waiting by the bath for fish school.

Croce says Seal Rescue Ireland has been tipping off other seal helpers about the surrogates. “We like to share our knowledge with others in this field so we are happy to see that a few other centres have started to try them out since as well.”

But what do the pups make of their proxy parents?

“Seals all have unique personalities and some have found them to be more appealing than others, ” Croce says.

“Once they’ve gained weight and learned some independence, they’ll no longer have use for the fake mums and will gradually get to the point where they are healthy and strong enough to rejoin the wild, ” Croce says.

This year’s seal-pupping season comes as Ireland eases restrictions imposed in March to try to stop the spread of the novel coronavirus pandemic – curbs that have undermined Seal Rescue Ireland’s work.

Crose said Seal Rescue Ireland kept going as best it could during the lockdown, as the pandemic surged across Europe.

The curbs, she says, “greatly impacted Seal Rescue Ireland, as it has for many others across the world.”

“Our visitor centre had to be completely closed off from visitors for three months and all public fundraising events had to be cancelled, ” Croce says.

Shutting up shop meant being shut off from funding for seal rescue work. “We rely heavily on public donations and these fundraising efforts, especially during the busy summer months, so this has impacted our income a great deal, ” says Croce.

After Ireland’s new cases of the virus dropped to between 10 to 20 most days in June 2020, the government dropped more restrictions at the end of the month.

Most shops and businesses have reopened, as have some pubs and restaurants – with indoor gatherings of up to 50 people allowed.

“We are very happy that restrictions have begun to ease in Ireland and we are able to slowly open back up to visitors once again, ” she says.

Keeping in step with the relaxations, Croce says Seal Rescue Ireland is now running a one-hour Feed and Enrichment Experience.

Participants can, Croce said, “come behind the scenes, learn about our work and help us feed and care for the seal pups.”

And maybe bring any old wetsuits they have lying around. – dpa/Simon Roughneen 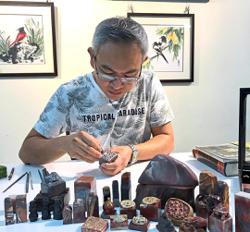