Nomads Surfing's latest project is to design fins, which surfers position under their boards for added stability, from recycled fishing nets. Photos: AFP

Fishermen often abandon worn-out equipment on the quayside, or even throw it overboard at sea. This second practice is particularly dangerous to marine species, which can often be trapped in what are commonly known as ghost nets.

In a bid to provide a solution to this problem, the Spanish producer of environmentally friendly sunglasses SEA2SEE has launched a campaign to raise awareness among fishermen and provide recycling bins in Spanish ports for old nets, ropes and recovered plastic waste.

The initiative struck a chord with Basile Gentil, Nicolas Thyebaut and Thomas Cervetti, the three co-founders of Nomads Surfing. Launched in 2017, the French sustainable surfing equipment supplier manufactures its surfboards from plant-based bio-resin, and its board bags from recycled vinyl posters. It also tries to raise public awareness on environmental issues and the need to preserve the ocean.

The company's latest project is to design fins, which surfers position under their boards for added stability, from recycled fishing nets. 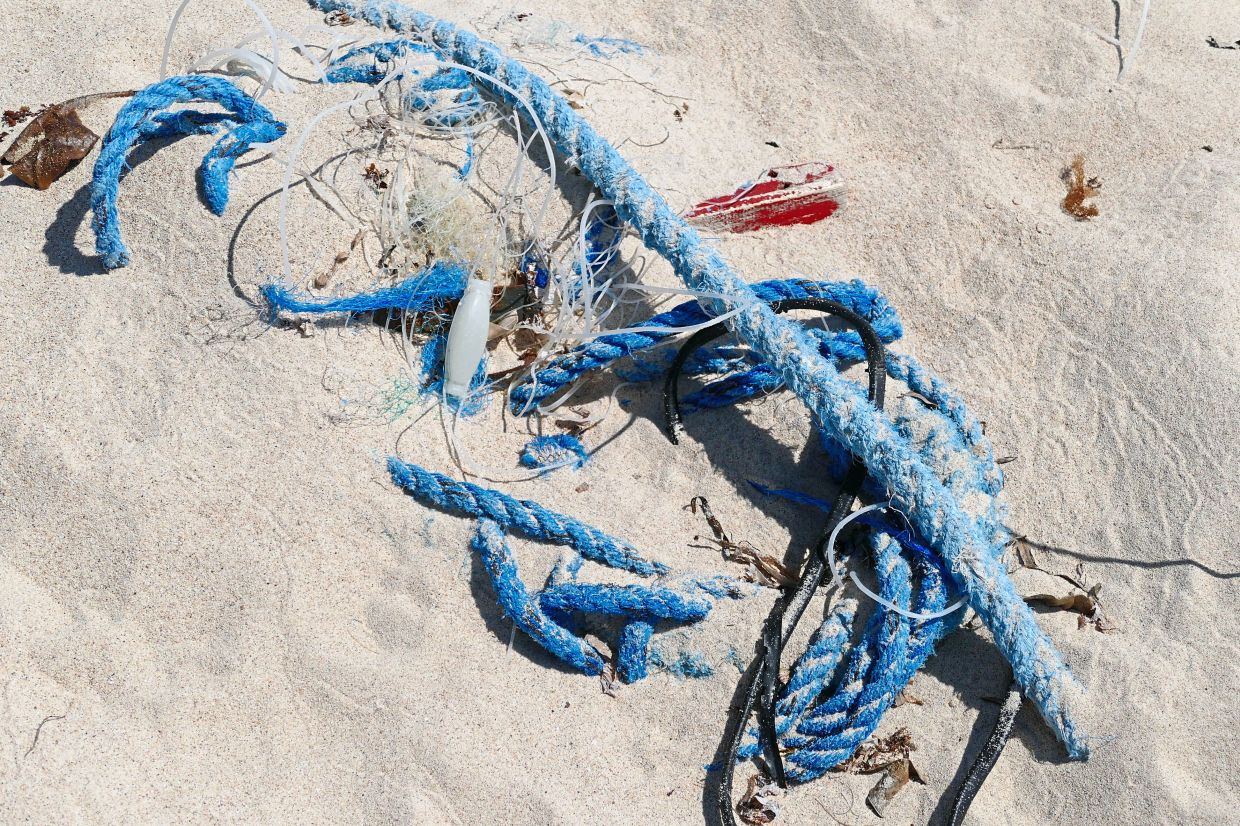 Fishermen often abandon worn-out equipment on the quayside, or even throw it overboard at sea.

"We contacted SEA2SEE who agreed to supply us with some of the fishing nets they recovered. We then put these through a whole processing phase, which involves cleaning and grinding to separate the different types of plastic (nylon, polypropylene) that make up the nets.

"At the end of it, we obtain plastic pellets that can be injected into moulds that are used to form the fins. All of the manufacturing is done by a French company in Thiers. We are currently in the prototyping phase but the first fins will be available in September," explained Gentil to ETX Studio.
Nomads Surfing does more than just produce sustainable surfing equipment; it also donates five per cent of its sales to three non-profit organisations: Project Rescue Ocean in France, EcoKnights in Malaysia and The Life Boat Project in the Philippines.

Aside from this ongoing commitment, the co-founders of Nomads Surfing provide support for numerous initiatives undertaken by these organisations. In 2019, the trio travelled to the Philippines to assist The Life Boat Project in its endeavours, a trip that was chronicled in a documentary entitled No Mad.

"In the coming months, we will be working with Project Rescue Ocean on an eco-responsible charter for surfing schools," said Gentil.

Plastic pollution flowing into oceans to triple by 2040 - study