Ong on the job at Uncle Don’s in Sri Hartamas.

Before the reaching hands of the Covid-19 pandemic touched our shores, business was booming at Malaysian eateries, thanks to our national love for food and socialisation.

Popular food and beverage (F&B) chains like Uncle Don’s were packed to the brim with patrons, to the point that its outlets reach ‘carnival status’, as described by its founder and chief executive officer Ian Ong.

As always, the crowd would interact and make merry, with the camaraderie of families, friends and office colleagues creating positive vibes and conversation, all generated by the type of clientele that frequent such F&B outlets.

Even then, the intention of serving alcoholic beverages is to complement the food.

As Ong explained, “It’s food first, beer later. We’re not looking to attract people who are apt to get drunk and cause a mess. That's not an outlook we want to portray.”

While those days didn’t come to a screeching halt in one go, the first few Covid-19 cases flashing across breaking news reports across the nation signalled a drastic change at hand - and with the shadow of the pandemic looming over the globe, to devastating effect.

The calm before the storm

In the days leading from the restrictive period of the initial movement control order (MCO), all forms of travel became highly monitored, with many businesses having to cease operations if they are considered non-essential.

Early on, it was established that gatherings of all kinds that were not immediate family members in their own homes were banned. With that, businesses catering to masses of people understandably suffered: cinemas closed, clubs and gyms emptied and hotels vacated.

Businesses that were allowed to operate were the ones that supplied essential goods and service, but had to fortify themselves with a set of strict standard operating procedures (succinctly referred to as “the SOP” by Malaysians) including social distancing, constant sanitisation and wearing masks.

Food outlets were given permission to only offer delivery or pick-up services, which provided a measure of relief to eateries and also saw the rise of delivery services. Some eateries instead made the tough decision to board up and hunker down to weather the pandemic storm.

Now, more than a month into the recovery MCO (RMCO), Malaysians increasingly venture out of their homes to rejoin society, while keeping to the SOP.

That’s not to say everything has been smooth sailing, although things are looking up and businesses are seeing slow signs of recovery.

For Uncle Don’s, as with many other eateries, ensuring consistent revenue was the main challenge during the MCO.

“We had a rough target when we were allowed to open up the business, so we had to remodel certain things and change the structure in our company just to be able to get through it.

“Pre-MCO, we didn’t really concentrate on deliveries, so we didn’t have another arm to give us a constant stream of revenue, so that was the challenge when the MCO came about, ” he shared.

To solve the issue, Uncle Don’s decided to partner with third-party services for food delivery. It’s a lesson that will not soon be forgotten, as Ong said the restaurant and bar chain has already started its own e-commerce arm to fulfill its own deliveries by August.

This is part of its plans in the pipeline, which also include creating its own app and website, where consumers can order anything off the menu and have it delivered to their doorsteps.

Despite all its ills, the pandemic also gave Uncle Don’s time to reflect on its operations.

He added, “We’re doing quite alright for this period of time. We’ve actually gone backwards and amplified our efficiency in running the business.”

Similarly, at Hana Dining Sake Bar, which has a more white collar crowd gathering in a chilled out environment for dinner and drinks, it established its website platform to sell things online, which has received good feedback.

It has also seen more of a pick-up in dine-ins during the RMCO, as compared to the conditional MCO. 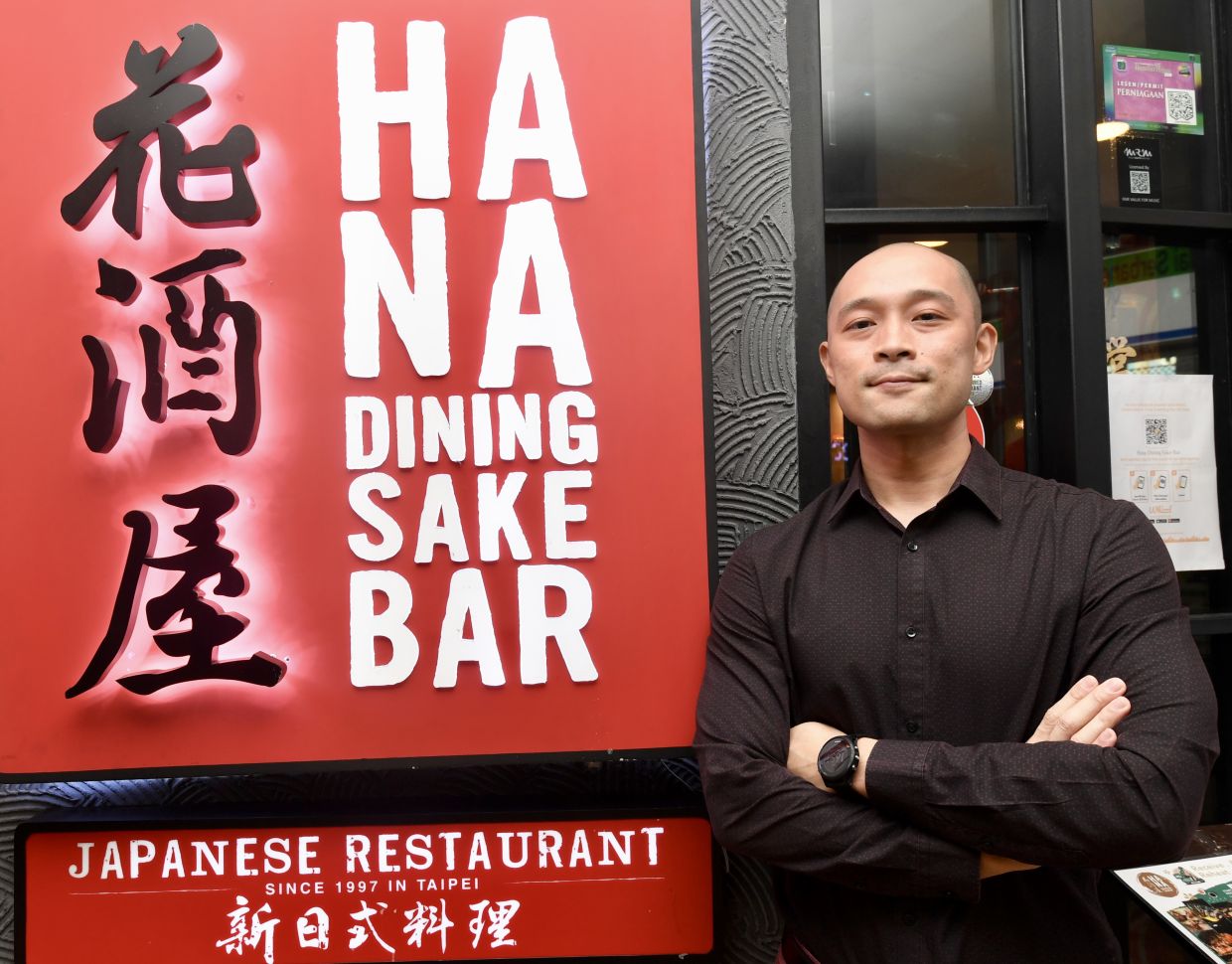 Keeping constantly in touch with its customers is of key importance to Hana Dining Sake Bar, said Chong.

Its chief operating officer Jonathan Chong offered a slightly different perspective on the benefits of the delivery services arm for F&B outlets, which enabled the fusion dining restaurant to reach out to its customers through a different channel.

“Due to the deliveries, we have a database of most of the regulars, so we send messages and reminders via WhatsApp and emails to give them updates on our promotions. That’s how we keep in contact with our regular customers, ” he said.

Over at The Brew House, however, it completely shuttered the doors of its 21 outlets with no takeaways or deliveries, in order to keep its employees and consumers safe - meaning that there was zero income coming in, said its managing director Roger Hew and director Felix Yang.

Hew opined, “While all the perishables were gone, the lifespan of the stock is short so we either had to throw it away or give it to the staff to cook and consume, so the losses were quite tremendous. But of course, money or business doesn’t come before the life of an employee and the safety of our customers.”

Once it was allowed to reopen, it cleaned out its premises in the interests of staff and customer safety and started disseminating information to its customers through social media, WhatsApp and SMS, which has enabled it to build up its customers’ confidence levels.

It’s undeniably been a tough ride so far, with F&B among the industries suffering the brunt of it. Several corporations have stepped up to the plate to help businesses get on their feet.

For F&B outlets that offer a balance of food and alcoholic beverages, among the ones to do so are Carlsberg Malaysia, which pushed out a campaign called Adopt a Keg campaign on May 18.

The brewery began the initiative to reward consumers who have purchased Carlsberg products for home consumption by allowing them to redeem free draught beers at their local F&B outlets once the MCO restrictions were lifted.

Adopt a Keg allowed beer lovers fill their own virtual beer keg at adoptakeg.carlsberg.com.my upon purchase of any Carlsberg Danish Pilsner or Carlsberg Smooth Draught from convenience stores, online retailers, supermarkets or hypermarkets.

Using the QR code reader on the camera app on their smartphones, they can scan their receipts and the barcodes from their purchases when they register or log on at the website.

Once this virtual keg was filled, they were then rewarded with two free beers from Carlsberg Malaysia, which they redeemed at participating F&B outlets.

Carlsberg Malaysia then reimbursed these outlets, which helped them in their operating expenses while building up customer patronage.

Redemptions were limited to the first 10,000 consumers, with a total of 20,000 free glasses of Carlsberg beer at participating outlets from June 1 until Aug 31. All kegs have already been redeemed.

At Uncle Don’s, for instance, Ong said that there has been ‘reasonable response’ from the promotion and it has sold a couple of barrels as a result.

But even during the MCO itself, he shared that Carlsberg had been a strong partner in terms of ensuring transparent information flow.

He said, “Carlsberg Malaysia has been very supportive by keeping me constantly updated, which is what we need sometimes. They share with us what they can do and what they cannot do during the MCO and post-MCO.

“Plans were made and they have been very transparent and as a proprietor, that’s what we look for. There are some companies that will not tell you anything and that puts us in a very difficult position because we don’t know what to expect and we’re not able to properly plan.”

For Hana Dining Sake Bar’s Chong, Carlsberg Malaysia has done a good job in helping bring in more customers via the promotion, with an average of one to two consumers coming in to redeem their free pints.

Yang also said that the management team of Carlsberg Malaysia had been in close communication with The Brew House throughout the MCO on plans moving forward.

“They gave us a lot of moral support, because we were standing alone. They also helped us because when we shut down on that day, we had beer barrels that had already been opened - and those are cost.

“And when you have so many outlets, it’s a lot of cost. Carlsberg Malaysia was good enough to say: We’ll absorb it for you. That small gesture goes a very long way. They showed us that we’re actually in it together, ” he shared.

Moreover, he noted that the Adopt a Keg promotion had ‘a lot of redemption’ numbering over 1,000, driving business back by casting out the net to customers it had never had before to visit The Brew House outlets.

According to Carlsberg Malaysia managing director Stefano Clini, it’s moments like these that show the true measure of corporations.

“For us, people are the most important. It starts with our employees but then to all our customers. Our mantra in this moment is partnership before money.

“With The Brew House, we have a very open partnership and relationship and we usually brainstorm ideas with them. We help them and they contribute to us.

“At the end of the day it’s all about the consumers. We try to be close to the consumers too, but they [restaurants and bars] really are the front face of Carlsberg Malaysia. They see the customers every day, so we can only learn from them, ” he said.

In fact, he noted that campaigns such as Adopt a Keg and Bring Me Home - which enabled customers to enjoy freshly tapped beer from their favourite bars in the comfort of their own homes - were not just the result of effective marketing, as the ideas were born from interacting with restaurant and bar owners to come out on top.

He added, “It’s still tough, but at least we’ve got a sense of positive momentum, or a positive feeling, of trying to make something good.

“We will go through this difficult time together and we’re going to come out the other end - hopefully succeeding.” 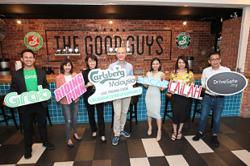 Driving the spirit of celebrating responsibly