An employee cleans around the till protected by a 'sneeze screen' as a measure against the spread of Covid-19 at a British Red Cross charity shop in London. Photos: AFP

Bargain hunters have returned to Britain's beloved charity shops since they began reopening following lockdown but busy tills alone will struggle to repair the damage done by the coronavirus pandemic.

The country's charitable sector, worth billions of pounds, has seen its revenues collapse in the roughly three months since the virus prompted the unprecedented restrictions.

But shops must follow various government guidelines, including ensuring customers stay at least one metre apart.

Maxine Boersma, 53, a public relations consultant, was the first customer at the British Red Cross store in Chelsea in west London, two days after it reopened June 23.

The retailer, in one of the capital's most upmarket districts, has a reputation for selling expensive brands at eye-poppingly low prices. A customer making a purchase at a till protected by a 'sneeze screen' at a British Red Cross charity shop in London.

"I used to come here before Covid-19 so I was pleased to see it was open," she told AFP while browsing summer clothes, unperturbed by the need to socially distance.

"I would rather have it open with restrictions than not having it open at all."

Staff have limited the number of customers at any one time to five, asked them to disinfect their hands on entering and follow a signposted path once inside.

They are also unable to try on any items.

The manager, Ernestina Fonseca, is delighted and said the shop appears to be "back to our normal days", with a daily income returning to some £1,200 (RM6,425).

Opening hours have been reduced, though, to allow daily deep cleaning of the premises.

The fitting room has morphed into a storage space for donations, which have continued to arrive, as locals spring- cleaned their closets during months of confinement.

All donations and returns are steam-cleaned.

Some of Britain's roughly 9,000 charity shops immediately resumed trading in mid-June when the lockdown rules were eased. But many like the Red Cross staggered reopenings over several weeks out of an abundance of caution. It has concentrated on reconfiguring its most spacious or busiest sites.

A lack of volunteers has also affected charity shops' ability to get back to normal.

Some staff remain confined – such as the elderly or particularly vulnerable – while others are reluctant to take public transport to reach stores.

"Our guess is somewhere between 30% and 50% of the volunteers won't be able to come back straight away," said Robin Osterley, chief executive of the Charity Retail Association.

He estimates around 230,000 people volunteer nationwide.

Oxfam, which relies on 20,000 volunteers to help run its 650 stores – with a team of around 30 volunteers supported by one or two staff in each – said "many" were elderly. A sign indicates that the changing rooms are closed as a measure against the spread of Covid-19.

"We are acutely conscious of our responsibilities towards them," the charity added.

To make up for the shortfall, the sector has entered into a partnership with the voluntary civil service programme to attract young people aged 16 and 17.

While Osterley is confident they can recover their footfall and sales, concerns loom large over the parent charities.

"Charity shops will survive because their business model works," he said, noting annually they generate £300mil (RM1.6bil) net and have benefitted from shoppers' increased focus on sustainability in recent years.

"But the question remains as to whether their parent charity will actually be able to survive."

Sylvie Bourguignon, manager of a store run by Mind, a mental health association, in north London, echoed the sentiment, noting regulars were quick to return along with teenagers who are not in school.

The government, which dedicated £750mil (RM4bil) in April to help charities survive the pandemic, needs to work "far more closely" with the sector, according to Osterley.

"They really need to understand how much the charity sector does for the community," he said. "They wouldn't be able to replace those services."

Cancer Research, which is facing a severe drop in revenues due to cancelled fundraising events, has warned it could be forced to cut £150mil (RM803mil) per year from its research funding.

It has asked the government to work with them "to come to a solution, so that decades of investment in UK research is not lost in a matter of months."

The sector wants an extension beyond October to the government's furlough scheme which helps pay the wages of staff during the crisis.

It has also called for temporarily unemployed people to volunteer while they wait for a new job to materialise. – AFP Relaxnews

2.6 Challenge raises over 10 million pounds to save UK charities 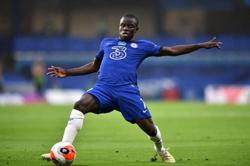