The last of British Columbia's old-growth trees will soon be gone, if policies don't change.

Giant old-growth trees poke their heads out from the second growth on a mountain overlooking the Broken Islands off of Vancouver Island in 2002. Photos: TNS

Most of British Columbia's old-growth forests of big trees live only on maps, and what's left on the ground is fast disappearing, a team of independent scientists has found.

A recent report revealed the amount of old-growth forest still standing in the province has been overestimated by more than 20% and most of the last of what's left is at risk of being logged within the next 12 years.

In the report, the scientists revealed most of the forest counted as old growth by the province is actually small alpine or boggy forest. It's old – but the trees are not the giants most people think of when they are referring to old growth.

Less than 1% of the forest left in the province is composed of the productive ground growing massive old trees, some more than 1,000 years old, including coastal temperate rainforests on Vancouver Island and a fast-vanishing inland old-growth temperate rainforest on the west slopes of the Rockies, unique in the world.

While the authors agree with BC's official tally that 23% of the forest in the province is old growth,"that is incredibly misleading," said Rachel Holt, an ecologist based in Nelson, BC, and an author of the report.

"They are mixing in bog forests where the trees are no taller than me, and I am 5ft (1.52m) tall, and they are mixing in high-elevation tiny trees. They are old and valuable but they are not what you, or I, or anyone else thinks of when they think of old growth." 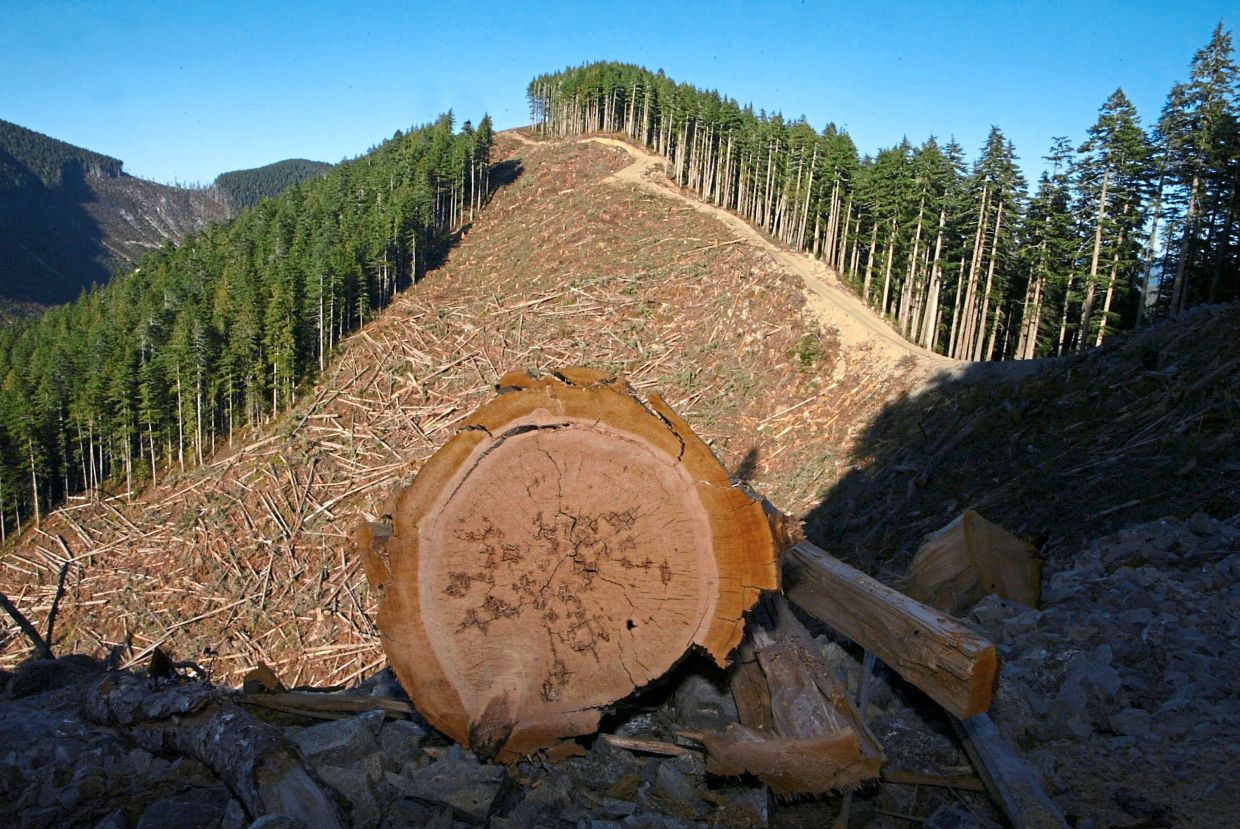 A file photo of a fresh-cut portion of an old-growth cutblock on the Upper Walbran on Vancouver Island.

Most of that forest is unprotected, and unless something changes in BC policy, three-quarters of it will be logged within 12 years, the scientists found.

The scientists did the analysis and issued the report in part to inform a panel that has been taking public testimony about the value of old growth from First Nations conservationists and others across the province. The results of the panel's work are intended to inform a path forward for the management of old growth.

Meanwhile, the losses are continuing and what's really needed now is a moratorium on further cutting, the scientists stated in the report.

Change is in the works, but won't be immediate, Doug Donaldson, minister of Forests, Land, Natural Resource Operations, and Rural Development said in an email to The Seattle Times.

"We are taking seriously the challenge of managing our vital old forests (...) in BC. That's why we launched a review and engagement process by two independent experts to examine the issue and provide recommendations," Donaldson wrote.

"Addressing the issue of managing old growth forests while supporting workers and communities has been a challenge for more than 30 years... This is a problem many years in the making and it won't be solved immediately. We need a science-based approach... that respects and understands the benefits of old growth to biodiversity in our forests..."We agree that more work needs to be done... to resolve this." A logging truck being loaded with old-growth trees from a cutblock.At stake are more than big trees. Orca whales also rub on beaches downstream and adjacent to some of the forests being cut. Salmon, primarily chinook, are the primary food source for the northern and southern resident populations of orca whales. Salmon depend on cool, clean water in the streams where they spawn and rear, streams that wind through forests ultimately to saltwater where hungry orcas hunt.

"Salmon connect the land to the sea," said Andrew Trites, director of the Marine Mammal Research Unit at the University of British Columbia's Vancouver campus. "All of us are hoping that there is going to be enough fish to feed the southern residents and northern residents.

Old-growth forests also shelter a vast suite of terrestrial life. Insects that live nowhere else thrive in the worlds within worlds of old-growth canopies. Bears den in the cavities of massive gnarly old trees, and birds, including pileated woodpeckers, nest and feed in their branches. Inland rainforests host lichen that are a primary food of mountain caribou, now pushed to the brink of extinction by loss of the forests they depend on.

The Grey Ghost herd in the south Selkirks, the only mountain caribou in the Lower 48, is already functionally extinct.

Cutting and replanting the old-growth forests that supported caribou and other wildlife will produce fibre, but not the ecological web of life that was lost, said Karen Price, another author on the report. "They are not forests, they are plantations."

More than 25 years ago, after the so-called War in the Woods over logging in the old growth at Clayoquot Sound, some BC old growth remains protected. But all over the province, the losses still continue, Price said. There is no one forest, no one place at risk and most of the valley bottom old growth is already gone.

For years she taught forest ecology at the Bamfield Marine Sciences Centre on the west side of Vancouver Island, and could take her students to see valley bottom old-growth stands minutes from the classroom, Price said.

Before long the students had to take a two-hour bus ride to see old growth because so much had been cut. "We could stand our whole class on one of the stumps, 24 students."

Old-growth forest and forests in general are under assault around the globe as climate change cranks up both the assaults on big trees, and the need to preserve them.

Bugs, wind, drought and fire are taking out big old trees disproportionately as the climate warms. Yet one of the best defenses against a roasting climate is forests and especially big old trees. Big trees hold 50% of the above ground biomass in a forest and their ability to store carbon is without equal.

To moderate the effects of climate change, foresters need to retain the largest trees, and recruit more by letting forests grow, scientists have found.

Price said the team put the report out to alert the public to just how little old growth is left, and the reality that cut blocks are still being drawn by BC Timber Sales – which manages about 20% of the province's allowable annual cut for Crown timber – on what's left for logging.

"It wasn't a surprise to any of us," Price said. "But we were frustrated that nobody knew this." – The Seattle Times/Tribune News Service
Article type: metered
User Type: anonymous web
User Status:
Campaign ID: 18
Cxense type: free
User access status: 3