Among the benefits of sports for children with autism are improved motor and social skills. Photos: Nasom

Sporting events have been cancelled everywhere due to the Covid-19 pandemic but Hasree Khaw and his family are hoping that the Asean Autism Games will go on as scheduled in December.

Hasree, 53, and his wife Nor Royahati Ramli, 45, have been actively involved in helping their two children Mifzal Khaw, 14, and Misha Khaw, 12, train in bowling. They are excited that their children will have a chance to represent Malaysia in a sports competition.

“As a parent, I want to see our kids excel in things they are involved in. We hope that through sports, they can enjoy themselves, and hopefully, their positive energy can flow in the game, ” says Hasree. AAG is part of the Asean Autism Network, a movement comprising 10 non-governmental organisations from ASEAN countries. Members of The National Autism Society of Malaysia (Nasom) will represent the country in the competition.

The games, held biennially since 2016, aim to promote the benefits of sports for those with autism and enable them to participate in competitive sports.

For the past five years, Mifzal and Misha have taken part in track and field activities and bowling classes. Their father decided to introduce them to sports to build their social skills and confidence.

“When Mifzal was younger, he struggled to communicate with people. He avoided eye contact and always seemed like he was in his world. Some of my friends recommended sports as therapy. That’s the best thing that has happened to them, ” says Hasree, who is the treasurer of Nasom.

Before the movement control order (MCO) period, Mifzal and Misha attended bowling lessons, organised by Nasom, every week in Subang Jaya, Selangor. Over two years, the siblings have shown tremendous improvement, particularly in their approach, angle of entry, and lift.

Hasree is pleased with their progress and believes the lessons have helped to boost his children’s confidence, concentration and gross motor skills.

“My children’s confidence has improved so much. Mifzal’s social skills have grown by leaps and bounds, and he is more brave to talk to people. These days, he is confident enough to walk into his favourite bubble tea shop and order a milk tea drink and request for more boba pearls.

“Mifzal’s ability to order a drink may not seem like a massive deal to many people, but to my wife and me, it represents a significant milestone in his development, ” says Hasree, a manager at a financial institution.

A 2018 study, The Effects of Structured Physical Activity Program on Social Interaction and Communication for Children with Autism, found that structured physical activities result in an overall improvement in social skills and social interaction among children with autism. 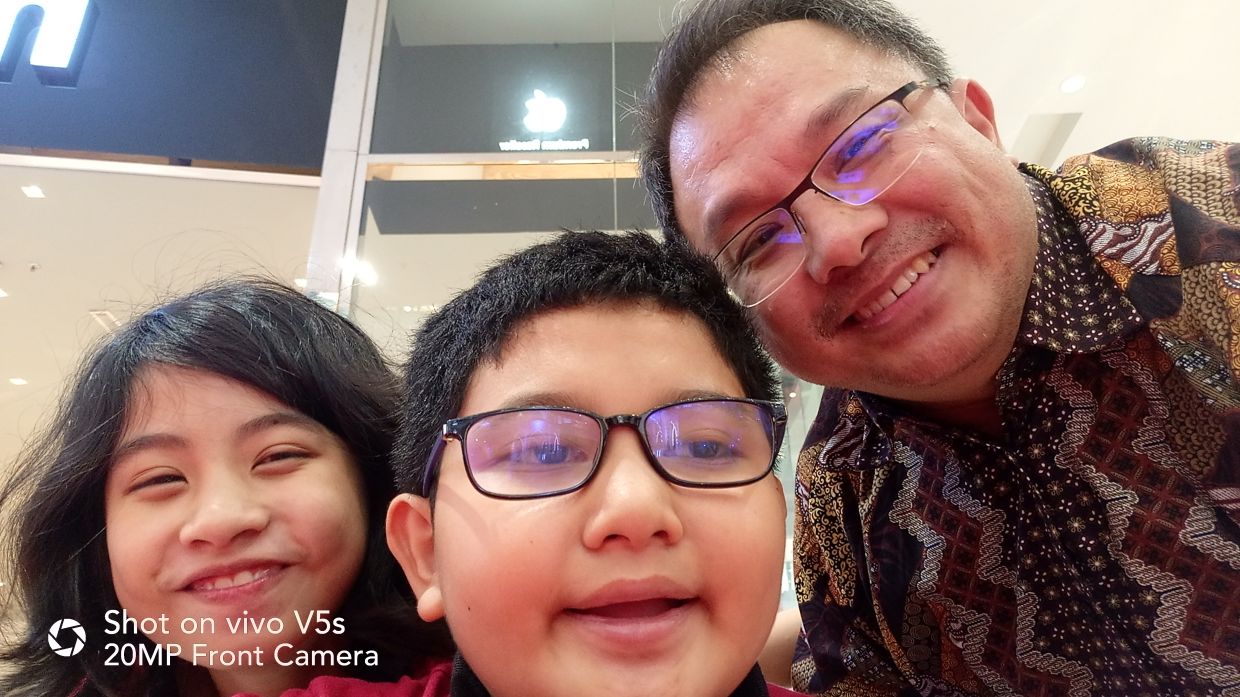 Misha (left) and Mifzal are ever ready to pose for a wefie with their father. Photo: Hasree Khaw

But parents need to persevere to get children with autism to participate in sports.

“My children have a problem with concentration. My wife and I faced many hurdles, including having to coax them to attend classes. Dealing with their mood swings and temper tantrums was also huge issue, ” recalls Hasree.

But over time, their efforts resulted in Mifzal and Misha developing a liking for bowling.

“Somehow, bowling seems to click with them. My children communicate well with their coaches and bowling partners. I can see many positive changes, especially their social skills and interaction.

“They like bowling because it allows them to challenge themselves in the game. It also enables Mifzal and Misha to come out of their shell and mingle with others.”

Hasree says his children are always happy to attend bowling lessons each week because they can have fun in a relaxed and controlled environment. Getting to compete in bowling is therefore an important milestone for Mifzal and Misha. 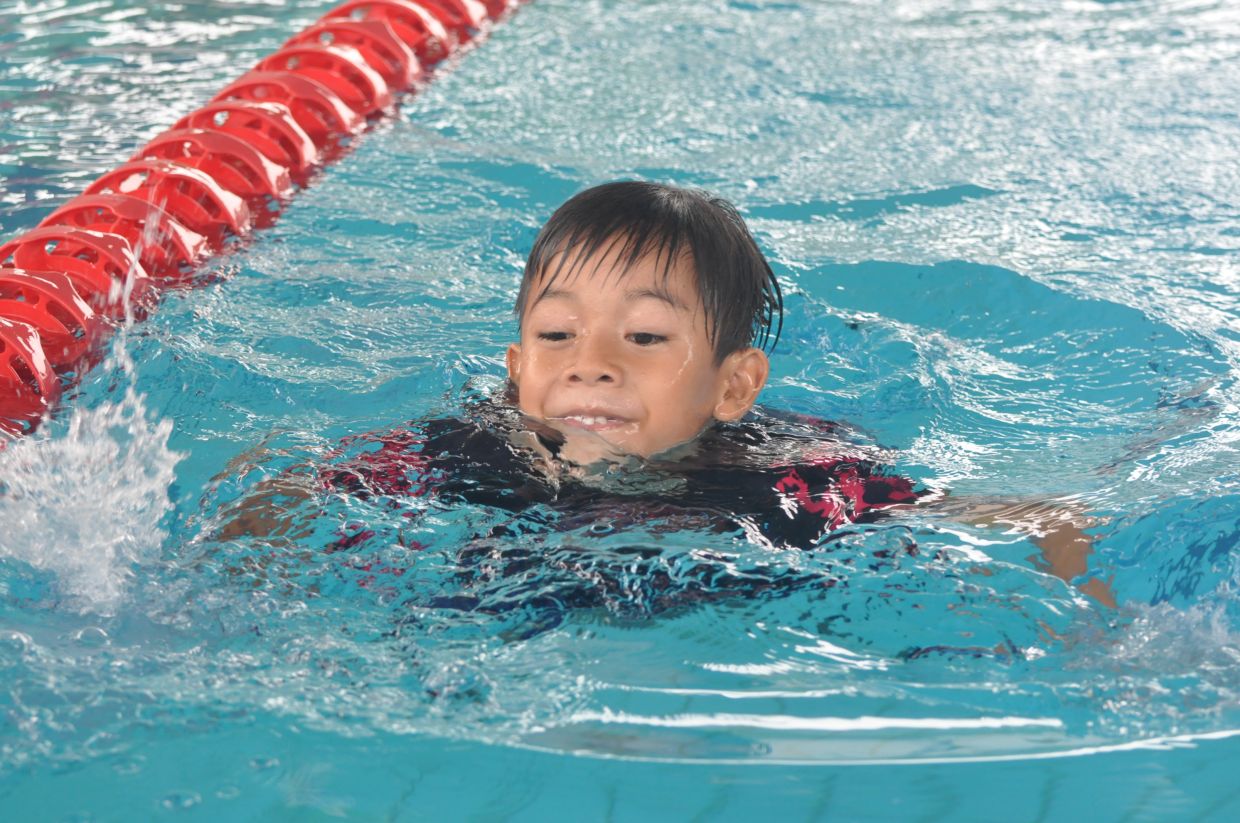 Through exercise, children with autism can enjoy themselves and build their muscle strength.

Nasom chairman Feilina Feisol says the upcoming AAG gives special children a chance to excel in sports. There will be two categories - competitive and fun (open to all). About 200 participants took part in the previous AAG in Jakarta.

Participants were selected from Nasom’s National Autism Games last year. She is hoping there will be 50 competitors in three categories - bowling, swimming, and track and field.

“We are targeting 150 participants from Malaysia - 50 for competitive categories, and the rest for fun categories. The participants are between the ages of four and 40 years old.”

Although things are uncertain due to the Covid-19 pandemic, Feilina is going ahead with preparations for the games, such as emailing various organisations for sponsorship and looking for suitable venues.

“There will be two categories - competitive and fun (open to all). Bowling, swimming and track and field were chosen as that’s where we can get maximum participation from the autism community, ” says Feilina, who is also the midst of designing the medals which will be awarded to winners of each competitive event. 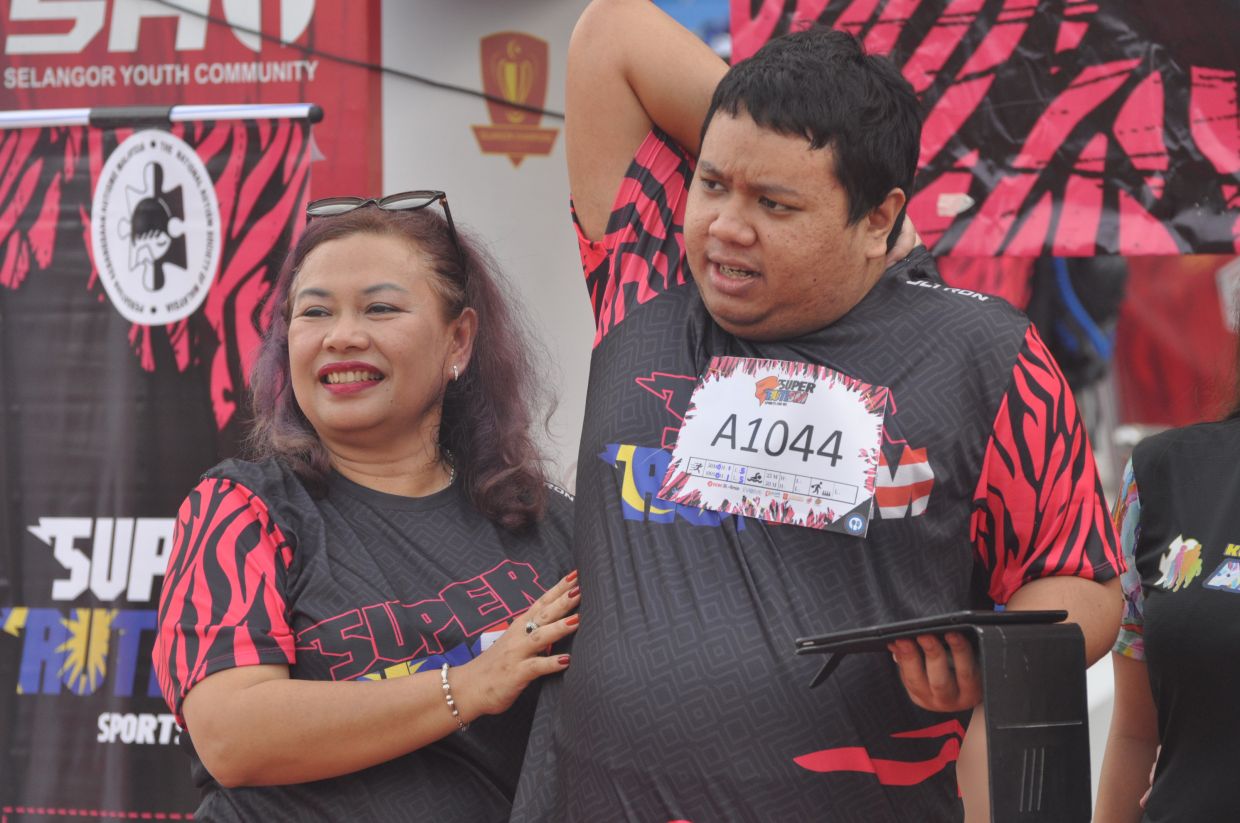 Through sports, Naim's confidence has grown by leaps and bounds, says Feilina (left).

Her autistic son, Naim Rafaie, 24, is participating in the 50m swimming competition. It is his second international autism competition, the first being the 2018 AAG in Jakarta.

“Naim is looking forward to participating in the event. Unfortunately, he can’t train at the pool now due to the MCO, ” says Feilina who is happy that many Malaysians, especially sports coaches, are reaching out to support AAG.

“We have trainers who volunteer to train the kids during their free time. We especially need to thank the Malaysian bowling federation for their dedicated coaches that assist and coach our kids once a week pro bono.

“Preparation has been going well until the country’s MCO, which has been extended till April 28.

“Hopefully, we will be more prepared for the games in December. Even if we don’t bag many awards, the AAG is all about teamwork, socialising, discipline, and those with autism reaching and achieving their true potential, ” says Feilina.

Parents of these participants are excited as it marks their children’s huge progress. For Sally Mun, 54, AAG is a stepping stone that can enable her son, Max Liew, 19, to further develop his athletic skills.

Liew will be participating in a track and field event at AAG.

“Our emphasis is on character building, especially for Max and his peers. Through such competitions, we hope to make a difference in building the confidence of those with special needs, ” says Mun, a consultant in Shah Alam.

The mother-of-two hopes there are sports programmes accessible to those with autism.

“With sports, the body can regulate itself to deliver wonders. Max has benefited so much from sports. It is our wish to drive a structured yet flexible sports programme adaptable in various forms and ways so that children with autism can experience an active lifestyle.

“While we may not have the right formula for children on the spectrum, I am sure there are professional volunteers or organizations out there who can help and guide us to implement and deploy a programme to drive inclusive and adaptive sports for the autism community, ” says Mun. 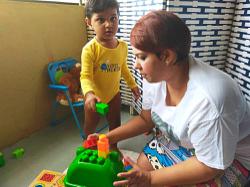