Many are journalling their thoughts and experiences during the pandemic. — Dreamstime/TNS

Kelly Milligan’s mind drifted back to the days after Sept 11 and the Boston Marathon bombing. These days felt a bit like those did and, yet, completely distinct.

This moment wasn’t finite – it wasn’t one day, and it won’t be one week. Nobody knows exactly how long it will last.

But it already feels historic, so two weeks ago, Milligan, a 48-year-old graphic designer who works at a university and lives in Acton, Massachusetts, the United States, cracked open her new black journal. She labelled one of the first pages: “CORONAVIRUS DAILY JOURNAL 2020”.

In what feels like an instant, our daily rhythms and routines have morphed into realities that, even three weeks ago, would have looked unrecognisable. As each strange, stressful day started to bleed into the next – albeit peppered with kind deeds by volunteers – Milligan and countless others across the globe decided that if she wanted to remember these days a year or a lifetime from now, she needed to actively construct her memory.

She needed to start a journal.

Everything was moving quickly, and she wanted to remember when the governor of Massachusetts declared a state of emergency and she and her daughter sat on the couch in silence. She wanted to remember the small details, too, as when how after her third trip to the grocery store, her daughters still managed to think of two things she hadn’t bought – brown sugar and Nesquik.

“Do I have to bring the entire grocery store home?” she jotted down beneath her Day 2 sketch.

Usually it was just Milligan and her 17-year-old daughter at home, but now her older daughter, a sophomore, had moved home from college and they all were adjusting to living together again.

Her college-age daughter had been scheduled to compete at a dance competition in Daytona, Florida. She’d looked forward to it for so long. Milligan was doing her best to comfort her – you’re not alone in your disappointment or in your uncertainty. 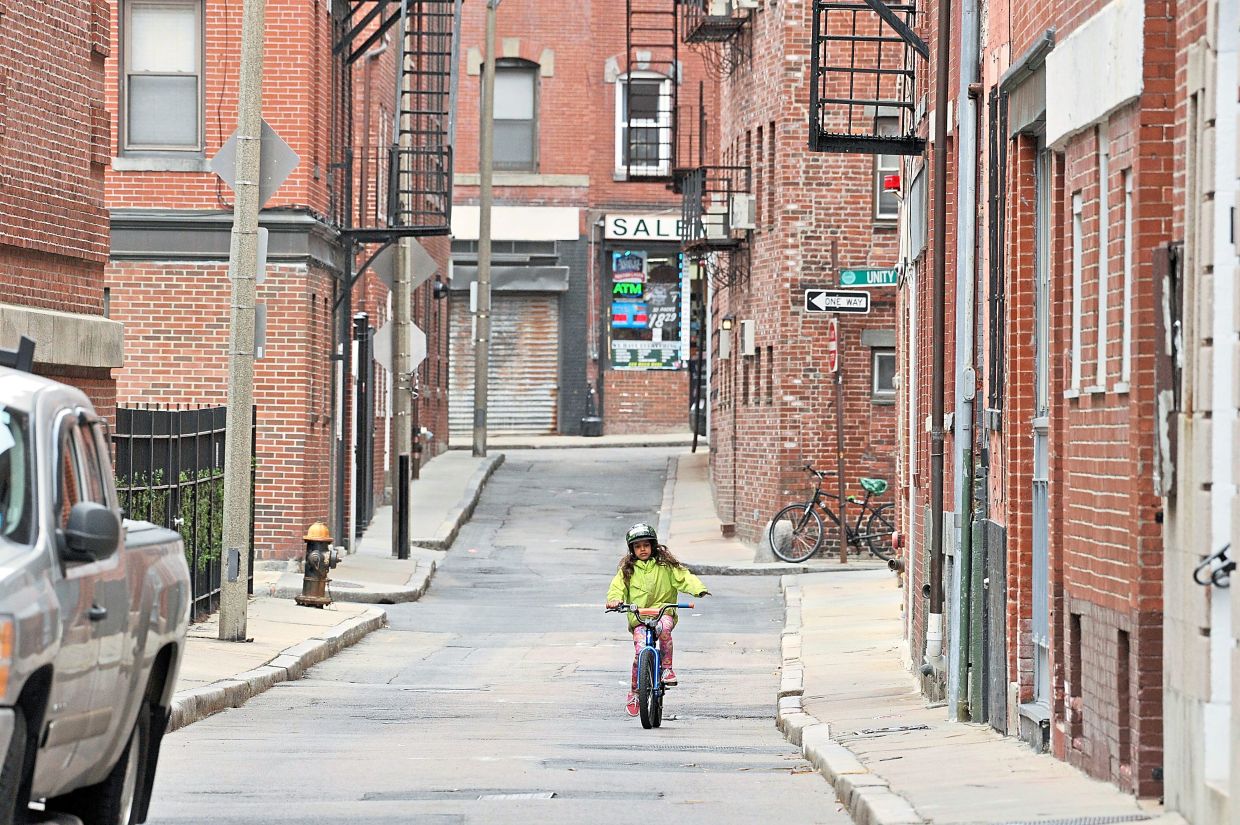 Empty streets are part of a new reality that would have been unrecognisable just weeks ago. Photo: AFP

Peter Lipson thought about his grandfather’s old letters – the beautiful penmanship and the excavated memories about life around Boston in the early 20th century.

Lipson, 52, a doctor who works in a medical clinic in Farmington Hills, Michigan, thought specifically about the letter his grandfather wrote recounting memories of the house on Elmo Street, where he lived when he and his siblings all contracted scarlet fever.

“The city came and put a red tag on the door indicating we were in quarantine, ” his grandfather wrote. “My mother, all alone, took care of us and we were isolated in the front room for five weeks.”

With that letter in mind, Lipson, an on-and-off journal-keeper, recently vowed to write an entry, even a short one, every day. Some days it might just be a line about the weather or a sentence so short it speaks for itself: “I’m home, I’m going to bed.”

“Those are the feelings I’m trying to get down, ” he said, “so, assuming I survive this, when I look back, I can see what it was like.”

Three Thursdays ago, he wrote a longer entry – “3/12/20 Cool, overcast, 40’s, ” it begins – talking about how quickly everything has evolved. Just the other day, he wrote, it had seemed noteworthy that Starbucks had refused to serve his coffee in a mug. Now schools were cancelled, and testing for coronavirus in his area was still limited.

“It feels like there is a hurricane offshore and we’re boarding up windows wondering how bad it will be, ” he wrote. “I’m scared. The reports coming out of Italy are horrific.”

Then his mind drifted to his parents, who are 93 and 86, and he wrote, “I may have to avoid my folks.” Since writing that entry, Lipson has decided that, even though his parents live down the street and they often eat at least one meal together a week, they couldn’t see each other for a while.

Every second with someone that age is important, he told himself, but what if he got the virus and passed it to them? It was too risky. Phone calls would have to do for now.

A few days later, Lipson wrote an entry saying he was scared and had texted his attorney, asking whether his own estate plan was in order. His attorney stopped by later, he wrote, and had him sign some papers.

In the office on a recent afternoon, Lipson spotted a colleague carrying hand sanitiser and laughed. “Oh, ” he said, “you found some liquid gold there.”

Although they are telling patients experiencing respiratory problems to avoid coming into the clinic to prevent the spread of the virus, Lipson said he plans to keep his office open throughout the pandemic. He has patients with diabetes and high-blood pressure and all kinds of other problems that don’t change just because everything else around us has.

Writing for the future

Loretta Aporius likes math and she really, really likes writing. She loves recess and eating snacks and talking to her teacher. So a couple of weeks ago, when her parents told her that school was cancelled because of coronavirus, the seven-year-old from Winnipeg, Canada, was crushed.

“Disappointment, ” she said, softly, “and sadness.”

But then she talked to her father, who suggested that she start a journal to remember these strange days. Loretta folded a stack of papers, stapled them together and labelled the cover with bubble letters and a drawing of a red-and-green orb. She used a ruler and markers to add lines.

It felt like everything in her province of Manitoba was being cancelled, Loretta wrote, and she’d had to miss dance class the other day, because she had a stuffy nose. Today it is too cold to go outside, she wrote, and she didn’t feel like playing video games or knitting.

“I’m still really sad and bord, ” she wrote, “so writting in this journal is all I can do.”

Loretta thinks that one day she might read her journal to her children or her grandchildren. Or if nothing else, she says, maybe it will help her sometime in the future. “If a virus goes around

the world when I’m older, ” she said, “I could look at the journal and be prepared.”

But for now, coronavirus means no birthday parties or sleepovers or play dates. It means that 12 people in her city – or maybe her province, she couldn’t quite remember – already had the virus three weeks ago and she hoped they weren’t older people, because she knew it was worse for them. She knew, too, that everyone should avoid groups and keep doing what they’re doing to stay safe.

“Keep washing our hands a lot, ” she said, “and keep covering up our coughs.”

It was three Thursdays ago, and the Big 10 basketball tournament had just been cancelled. She wouldn’t be able to watch her beloved Michigan State Spartans play, but she had already booked a place to stay in Indianapolis, and Airbnb wasn’t yet offering refunds.

So, Jessica – a 44-year-old teacher in Saginaw, Michigan, who asked to be identified by only her first name – hopped in the car with her husband, her cousin and her cousin’s husband and drove five hours south. They explored the city and went to breweries, which weren’t super-crowded, so they could keep their distance. Their phones buzzed constantly with coronavirus updates. More cases, more closures.

“What in the world?” she remembers saying aloud. On the drive back to Michigan, they stopped at Cracker Barrel. Normally, the waitress said, it’d be a two-hour wait, but today there was none.

Jessica watched as employees disinfected the salt and pepper shakers and wiped down the spindles of each chair. Everything started to feel momentous.

She started jotting down short entries on the Notes app on her iPhone.

On March 16, she wrote, the school shutdown had officially begun, and the governor had ordered all bars and restaurants to close at 3pm, which meant her son wouldn’t have work for the foreseeable future.

She had attended a staff meeting earlier in the day, she wrote, and another teacher had left early because his wife had a fever and she was told to go to the hospital. 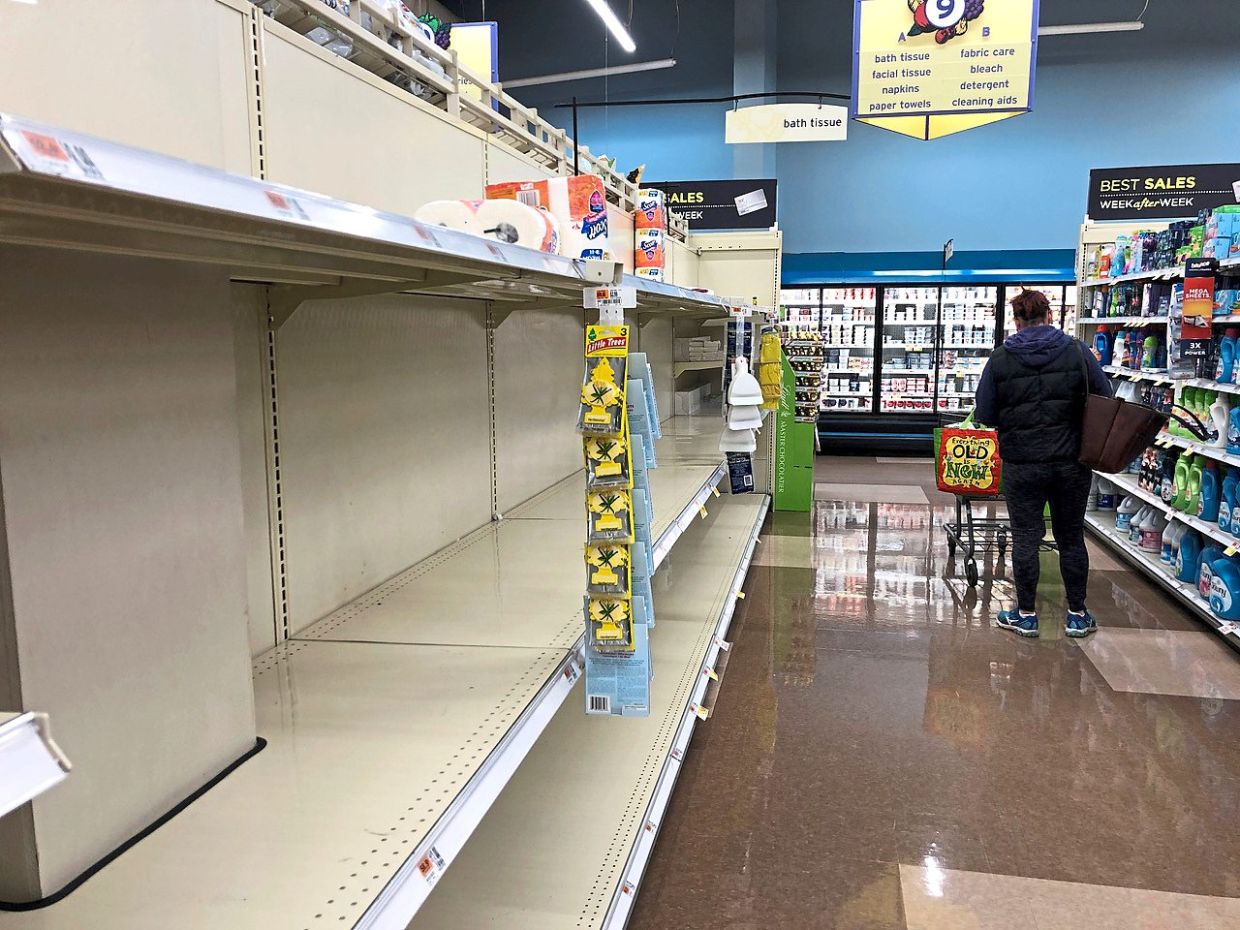 Toilet paper rush at supermarkets will be documented as one of the responses to the Covid-19 pandemic. Photo: AFP

Social distancing was recommended, but kids didn’t seem to be taking it very seriously and she wasn’t sure what to make of it herself. It was still so strange, she wrote, to have returned from Indianapolis, where things seemed mostly normal, to this new reality. She ended her entry with an update about her trip to Meijer supermarket.

She added an upside-down smiley-face emoji.

The 21-year-old college student, who lives with her parents and siblings in the small town of Fate, Texas, works at a doughnut shop in a strip mall. During a Monday shift, when the shop made only US$75 (RM327.50) the whole day, Juarez began to realise just how serious this was. Early in her shift, she looked outside and saw almost no headlights on the streets.

“Today looked like a ghost town, ” she wrote, adding that she’d just found out that her classes at the University of North Texas at Dallas, where she studies communications, were all going to be online.

Most of the things that she had expected to define her senior year – her research symposium, her internship with the North Texas Tollway Authority, her walk across the stage at graduation – would look completely different, if they happened at all.

“Am I going to be able to land a job?” she wrote. “Would I need to line up an internship? All these questions are running through my head.”

Juarez has started snapping photos, too, and while she sometimes types her thoughts into a Word document, she’s also started jotting down things in a notebook. Eventually, she said, she plans to put all her journal entries together on her website.

Later in her entry about classes moving online, Juarez recounted her recent experience at a nearby Walmart.

“People are wilding lol, ” she wrote, noting that the only items left on the bread shelves recently were packages of the gluten-free bread.

Already KonMari-ed your house? Try the FlyLady technique during the MCO 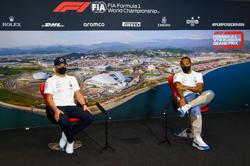