If you were a dog lover, you would probably know this name by now: Kratu.

He found his fame as the “goofy dog” of this year’s Crufts Dog Show, an annual competition in Britain that’s organised by the UK Kennel Club. This year, it was held at the National Exhibition Centre in Birmingham, England, from March 5 to 8, and dogs from all over Britain (plus a handful of competitors from overseas) had participated.

Kratu, a rescue dog originally from Romania, was also a competitor. Sort of.

Typically, the competition requires each participating dog to run a standard agility course, listening to their owners obediently and going through each obstacle perfectly. Kratu is not always fond of instructions and does not give a hoot about the obstacles either. And people the world over love him for it!

Kratu, a Carpathian-Mioritic mix, simply ran in circles, sometimes jumping over poles and at other times, totally ignoring them. He rushed into the tubes, too, only to stay there for a bit while Tessa Eagle Swan, his handler, urged him to come out.

But perhaps the best display from Kratu was when he bit into one of the hurdles and started walking around with it, with a proud look on his face, as if to say, “Look at this huge stick I found!”

According to news articles, Swan says that she rescued Kratu from a Gypsy camp in Romania when he was just a puppy. A friend had sent her a picture of Kratu and she fell in love with the pup instantly. A few months after rescuing and adopting Kratu, Swan went to Romania to visit the camp where he was discovered.

She and a friend found Kratu’s mother, who just had another two puppies. The dogs were not really treated well so Swan decided to rescue all of them but the locals refused to hand them over to her. After much persuasion and bargaining, Swan managed to retrieve all three dogs; one of the puppies, Raffy, now lives with Kratu in Britain.

In an interview, Swan shares that Kratu is a “natural clown” who just loves to make people happy. But despite his goofy antics at Crufts, Swan says, Kratu is actually a very intelligent dog and loves to learn. He was trained using the “Do as I do” method by Italian scientist Claudia Fugazza, in which a dog learns new behaviours by observing and imitating handlers.

Reports say that Kratu is the first dog in Britain to pass this particular training course.

Good boy! Apart from that, Kratu has also been awarded several other medals like the Kennel Club Good Citizen Award (he’s won bronze, silver and gold!) and he works with an animal charity called Wood Green.

By the way, this year’s winner at Crufts was Maisie the Wire Haired Dachshund, whose owner is Kim McCalmont. Maisie also kind of made a name for herself (though overshadowed by Kratu) when she took a “toilet break” in the middle of the course after being crowned the winner.

Presidential pup Meanwhile, not too far from England, another lovable dog has gained considerable attention from animal lovers all over the world.

Brod Higgins, one of two canine companions of Ireland President Michael D. Higgins and his wife, Sabina, is a self-confessed expert photobomber. And the media has tons of pictures and videos to prove it.

“Trust me. I’ve spent most of my time photobombing and everyone loves it, ” read his tweet on March 24. He tweets under the name @brodhiggins and has more than 16,400 followers. (Yes, we are aware that his account is handled by a human but it’s cute and we like it.) 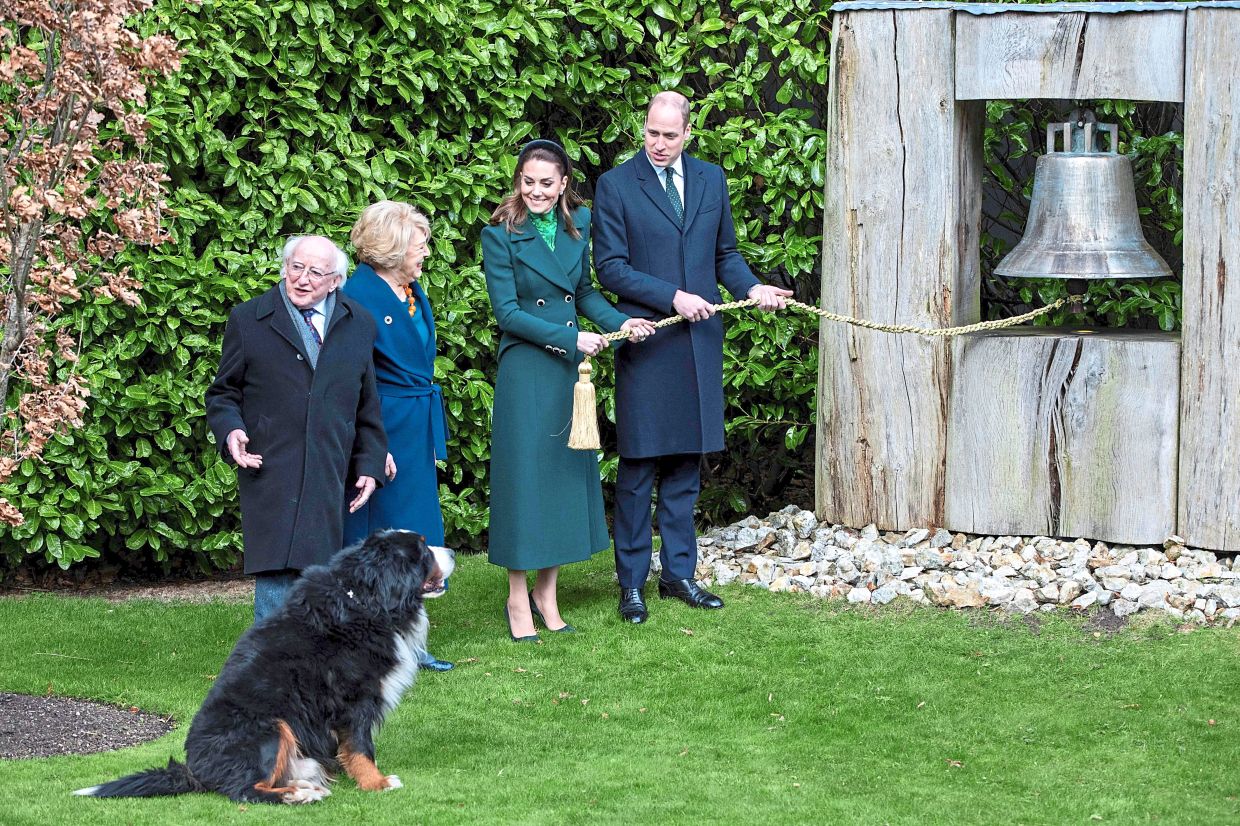 When British royals – the Duke and Duchess of Cambridge, William and Kate – paid Higgins and his wife a visit in early March, Brod stole all the limelight.

A Bernese Mountain Dog, Brod (which means pride in Irish) nonchalantly walked over to his “dad”, oblivious to the fact that the Duke and Duchess were also there, as well as a large group of reporters, photographers and camera folks. In fact, most of the videos and pictures taken by the media were clearly focused on the dog and not on the president or the royals.

Based on reports, Brod is a familiar face at many official presidential visits and is usually accompanied by his sister Sioda (Brod shares the Twitter account with her, though she’s not as chatty). However, Sioda was nursing a small injury during the royals’ visit.

The two dogs are famous across Ireland but they have since found global fame, thanks to Brod’s photobombing skills.

These days, Brod and Sioda advocate social distancing, and even shared a link to a virtual tour of their presidential abode, Áras an Uachtaráin.

“Please take social distancing seriously. Lots of scary stories coming from Italy. So many people sick and dying. We love you all and don’t want anybody to needlessly get sick, ” they tweeted on March 22.

Did you know you can enjoy a virtual tour of #ÁrasAnUachtaráin?

The Duke and Duchess of Cambridge begin their visit to Ireland today, highlighting the many strong links between and Despite his goofiness, Kratu is actually very intelligent. — YouTube

Maisie the Wire Haired Dachshund and her owner Kim McCalmont are this year’s Best in Show winner at the Crufts dog show. — BEN STANSALL/AFP

Maisie also has a viral video going around the Internet, but it’s a little embarrassing! — BEN STANSALL/AFP

Dogtown animal sanctuary is a safe haven for life