Hurricane experts should look to the water, not the wind, for accurate predictions

The aftermath of Hurricane Michael on Mexico Beach last March. Meteorologists’ initially gave Michael a 39% chance of becoming a Category 5 storm, using Vmax as a standard. But on hindsight, a study found that using an MSLP-based scale would have shown that the chances of Michael developing into the deadliest kind of hurricane were actually at 99%. — TNS

The answer to a hurricane’s power isn’t in the wind.

It lies in the water.

A new study indicates that meteorologists should shift their attention from a hurricane’s maximum sustained wind to the “minimum sea level pressure” when calculating risk for residents during hurricane season, according to the Department of Atmospheric Science at Colorado State University, the United States.

MSLP is a more useful metric in determining the size of a hurricane, the strength of a storm surge, rainfall footprint and number of fatalities.

The study reexamined Atlantic storms that made landfall in America from 1900 to 2018 and compared the damage impact along with each storm’s MSLP and maximum wind strength (Vmax).

This information could help disaster managers and local area leaders not only give a better estimate on the amount of resources needed on standby, but also save lives.

Vmax was a poor indicator of fatalities, while the correlation between MSLP and direct fatalities is much stronger, according to the study.

The study found that Vmax is much more sensitive to small-scale changes that lie in a storm’s path, meaning actual maximum wind speeds are much more likely to be missed.

It can also underestimate a hurricane’s intensity by as much as 20%.

A perfect example Vmax’s failure to properly predict a storm’s strength was 2012’s Hurricane Sandy, which was classified as a Category 1 hurricane and then downgraded into an extra-tropical storm before making landfall in Brigantine, New Jersey.

The storm did US$70bil (RM292bil) worth of damage, and was directly and indirectly responsible for 285 fatalities.

An MSLP estimate of the Sandy’s strength would have classified it as a Category 4 hurricane, the study showed.

The same could be said of 2018’s Hurricane Michael.

Michael’s strength took a swing upward in the final hours before its landfall. Its development into a Category 5 storm was a surprise to many.

Hindsight is 20/20, but the study found that using an MSLP-based scale would have shown the chances of Michael developing into the deadliest kind of hurricane were actually at 99%.

Using the MSLP scale, the number of major hurricanes to make landfall in the United States in the last 20 years would change from 11 to 19, with five making landfall from Georgia to Maine.

With MSLP being so helpful in calculating risk, it raises the question of why meteorologists have not been using the scale all along in predicting a storm’s land impact.

MSLP hasn’t always been measured as accurately as it is now, making its readings more reliable than they have ever been, the study showed.

“Pressure is the bedrock of comprising an accurate forecast, ” said Fox 35 meteorologist Jayme King. “Trying to piece together this mosaic that is a storm with little pieces of this and that, it’s so darn hard to predict. Understanding much of a storm’s intensity is looking at sea level pressure.”

Predicting hurricane intensity largely involves meteorologists looking at photos of storms taken by satellites and trying to deduce predictions based on what they see.

“That’s what makes it so difficult, ” King said. “There’s no human out there in the middle of the ocean to tell us what’s going on.”

Which is why it’s crucial to pay attention to where a storm is going and understand how different parts of the ocean may influence the strength of a hurricane, King said.

“It’s not so much what is (a hurricane) doing at any given moment. It’s more like what kind of environment is it moving into?” he said. “That’s critical to a forecast.” – Tribune News Service/The Orlando Sentinel/Joe Mario Pedersen 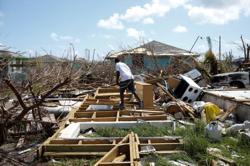 Between two storms: Caribbean braces for hurricanes in coronavirus era 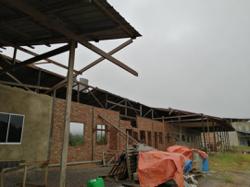 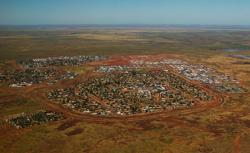 Western Australia braces for worst storm in a decade