Bat’s day at the spa

Leone arrives for her pedicure at the Akron Zoo’s medical facility.

The only thing missing was a candle and some soft, soothing music.

For Leone, it was just another spa day at the Akron Zoo in Ohio, the United States, to get her biweekly pedicure.

But this great personal care for the nails of the nine-year-old straw-coloured fruit bat was not about vanity but rather in the name of health.

It seems about three years ago, she developed a fungus in her nails.

The ailment made her nails brittle and painful for her to naturally hang upside-down by her feet. Instead she was hanging from her perch by her mouth. Leone, a straw-coloured fruit bat (right) joins her companion Sierra after her spa day at the Akron Zoo.

This posed a real dilemma for the zoo.

The simple solution would be to give her oral medicine.

But we’re talking about a bat here.

The reality is, said Brittany Rizzo, the zoo’s resident vet, this medication is very bitter and some critters like Leone will simply refuse to take it.

Another option would be to implant a small device to release it slowly but again, Rizzo said, most animals will simply remove it.

So they tried applying a gel to her nails and before it could do its thing, Rizzo said, Leone would either lick it off or rub it away.

As they looked for another solution, Leone’s condition continued to get worse and her naturally black nails were losing colour and became milky in appearance. Rizzo said she searched the Internet and medical journals for inspiration and found one that talked about using nail polish to seal in the medication.

But that’s not so simple with a bat.

So every two weeks, Leone, who is no longer on public display but is a so-called ambassador used for educational programmes, makes the trek to the zoo’s medical facility for her spa day.

They first use a mild anaesthesia to put her asleep.

A technician under the Rizzo’s watchful eye uses a foam toe separator – not unlike the ones used for humans getting a pedicure – to apply the medicine.

While Rizzo blissfully snoozes away, they use a hair dryer to dry the medication.

Now this is where it gets rather fun and sort of weird. They use nail polish to seal it in.

At her latest spa appointment, Leone got a purple base with blue accent polka dots applied with the tip of a paperclip.

And even arriving at this treatment method was still a bit of a learning curve.

It seems not all nail polishes are created equal, particularly when it is a tough customer like Leone.

Rizzo said they tried them all and it seems OPI brand is the most durable for batty customers.

Contrary to popular opinion, Rizzo said, bats actually have pretty good vision and they have not found that Leone is bothered by the fancy colours of her nails.

The treatment is working so well that the spa days may soon be coming to an end as her nails are nearly entirely free of the fungus and she is once again hanging pain-free by her feet.

Rizzo said a bat spa day is an example of the challenges of treating and caring for the zoo’s residents that can be as small as a snail to as big as a grizzly bear.

She points to a bright orange traffic cone in one corner of the examination room that has been modified to act as an oxygen mask for the big cats.

“There’s a lot of creativity that goes into this.” – Tribune News Service/Akron Beacon Journal/Craig Webb 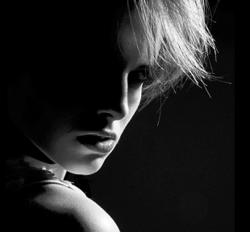