The 2001 terror attacks in New York that saw two aircraft flying into the World Trade Center were so shocking that it had Americans driving more rather than flying despite the fact that car accidents kill more people than flying. Stories and images will always beat dry stats. — AFP

A couple of years ago I was the host of a Shark Tank like competition for environmentally sustainable business ideas. All the ideas were potentially world changing. Environmentally-friendly air conditioners. Electrical engines to replace all the diesel ones. Seaweed farms that would store carbon dioxide.

But the idea that won, though definitely worthwhile, seemed very much smaller. It was a proposal to create a straw out of environmentally-friendly material.

How did this idea beat out the others? Was it the scope if the idea that seemed more attainable? Perhaps. But I suspect it has something to do with story versus statistics.

The other presentations were technical both in scientific detail and business jargon, while the main thrust of the winning presentation was a visual showing that infamous video of a poor sea turtle grimacing as a straw is removed from its nose. Now, the main reason for making an environmentally-friendly straw is not because the main problem is them getting stuck in sea turtle nostrils, but the metaphor – plastic hurting nature – was pretty apparent. After watching that clip, no one needed stats or figures to back up the presentation, everyone got it.

That’s the power of stories.

A story is instantly compelling. What’s more persuasive? Don’t gather berries over there because there is a 25% chance of being assaulted by a large feline or don’t gather berries over there because Rudolph, that idiot, got eaten by a tiger over there. Rudolph, the idiot, getting eaten by a tiger is more compelling. Firstly, because he’s the village idiot and you’re in no rush to become the new village idiot, and secondly, the idiot got eaten and you understandably don’t want to be eaten. Forget the stats. Just mention someone got eaten and now no one is going to forage for berries over there.

The only problem is we now have statistics. Big statistics. We have stats on everything but stories still rule us.

Take the 9/11 terror attacks in the United States in 2001, for example. Two planes crash into the World Trade Center in New York City and the news channels play the clips again and again.

The result? Air travel plummets. Americans flew 7% fewer miles in 2002 than they did in the first nine months of 2001. Understandably so. Watching planes fly into buildings is the best anti-flying commercial ever. American’s turned to driving to get to their domestic destinations. Distance driven by car rose 4% in 2002 in the United States.

The only problem was, and continues to be, is that car travel is significantly more dangerous than flying.

Take this paragraph from venture capital firm Collaborative Fund: “More Americans die in car accidents every 13 days than have died in all commercial plane accidents in the last 27 years combined, according to data from the Department of Transportation. About 1.5 Americans die in car accidents per 100 million miles travelled. For commercial airlines the average number is 0.17, and in many years is literally 0.00. If a 9/11 happened every year, flying would still be safer than driving was in the 1950s.” (From collaborativefund.com.)

That’s pretty damning but if you just watched a couple of planes fly into a building ... maybe you’re feeling severely allergic to planes.

Therein lies the problem. We pay more attention to the stories than the statistics. Which in the case of flying versus driving is actually putting us at risk. But people do this every day. They choose homoeopathic methods in lieu of modern medicine usually because of stories of success from a friend or a friend of a friend. Because of an anecdote.

Even though no scientific studies exist proving that homoeopathy actually works, yet because of a story Fran from work told them, a person is willing to take that chance. Because they trust Fran over the World Health Organisation.

People are anti-vaccine because a recognisable face told them a story and that they were naïve to trust the government, even though vaccines have been proven to save lives and anyone who doubts that just needs to look at how and why measles is making a comeback.

Avid writer Jason Godfrey – a model who once was told to give the camera a ‘big smile, no teeth’ – has worked internationally for two decades in fashion and continues to work in dramas, documentaries, and lifestyle programming. Write to him at lifestyle@thestar.com.my and check out his stuff at jasongodfrey.co. The views expressed here are entirely the writer’s own.
Article type: metered
User Type: anonymous web
User Status:
Campaign ID: 1
Cxense type: free
User access status: 3 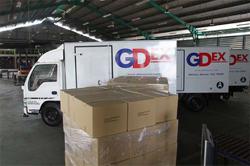