The cosmetics industry is one that baffles me – specifically, the whole anti-ageing slate of products. Clearly, cosmetics are popular, earning around €170bil (RM784bil) a year worldwide but I’ve never been big on them.

The obvious reason is because I’m a man and, typically, men don’t use cosmetics. But these days, products like anti-ageing creams and anti-wrinkle serums being targeted at men is completely normal, and more and more people ask me what creams I use. I usually answer water and soap. Because that’s the truth.

Unfortunately, we don’t have time machines (and if we did, using one to verify the utility of one’s cosmetics would probably not be a great use of such a device).

A little research reveals that there is no empirical evidence that anti-ageing products actually work. Probably for the reason stated above. No time machines exist.

Experts state that moisturiser does have some positive effects. It plumps the skin up, giving it a more youthful and healthy appearance, but once the product is absorbed it’s gone and so is the effect.

There is one ingredient that is said to really have some anti-ageing benefits: retinoids and retinols, which are vitamin A derivatives. Retinoids have data going back decades that support the idea that they reduce wrinkles and signs of ageing. The caveat is the amount of retinoids needs to be prescription strength and wouldn’t be available over the counter – and, therefore, are not likely to be found in your run of the mill anti-ageing cream. Retinols are lower in dosage and may be found in some creams.

So you may assume that your anti-ageing cream is now doing something because it contains retinoids and retinols but their affects aren’t so drastic as to warrant the idea that they turn back the clock. But what about the rest of the stuff in those expensive anti-ageing creams?

Most of those ingredients and their anti-ageing benefits are based on flimsy evidence, and experts agree that the majority of the ingredients aren’t based on any substantial evidence. In fact, many of these ingredients may cause allergic reactions, irritate the skin, and do more harm than simply not forking out money for it in the first place.

Meaning, at best, anti-ageing creams are simply fleecing you for your money. At worst, they’re harming your skin and having the direct opposite effect that you’re hoping for.

So is there anything you can do to help stop the effects of ageing?

What about anything that actually turns back the clock on ageing? I’m sorry to say but there isn’t anything that does that. Despite what your favourite anti-ageing cream tells you.

What is the cosmetics industry about then, specifically the anti-ageing side of things?

I suppose it’s taking advantage of the age-old fear of our own mortality. No one wants to die. And wrinkles, white hair, all the signs of ageing, are reminders that no matter what we do, we’re all going to pass on at some point.

Anti-ageing products tap into our survival instincts. If we’re looking young and healthy we must be young and healthy. This instinct is strong in all of us, allowing cosmetic companies to make billions based on our insecurities.

Am I saying don’t buy anti-ageing creams and serums? No. That’s up to you. I’ve found that people do what they need to do to get through the rigours of life. And if buying anti-ageing creams makes you feel better who am I to tell you not to buy them.

I’m simply stating facts so, hopefully, people can make more informed decisions and maybe save a buck or two in the process. Because I hate buying products that don’t work.

In the meantime, to stave off those crows feet I’m getting, I’m going to put on a hat. 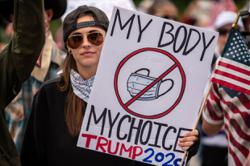 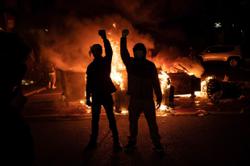 Big Smile, No Teeth: A pandemic overshadowed by protests