It checks all the key boxes – luxury of space, elements of nature and prestige. The latest addition to Desa ParkCity, Kuala Lumpur, Park Regent comprises two high-rise towers scheduled for completion in 2023.

Park Regent – which offers one- to four-bedroom units – marks both the firms’ maiden project in Malaysia. In KL recently for interviews were Christopher Lee, principal and co-founder of Serie Architect, and Peter Tay, who spoke about the project’s concept and design details.

“One of the key attractions of this site is the lake. Desa ParkCity is a very beautiful development because of its belief in landscape. So the key driver of this project is to bring nature into every strata of the development, starting from the ground, all the way to the roof,” Lee explains.

“You really feel like living in a bungalow in the sky yet you have close proximity to nature.”

The two towers are designed in an “open-arm gesture, opening up to the lake”. “In doing that, it’s almost like incorporating the lake and wider landscape into the development,” adds Lee, a recipient of the RIBA President’s Medal Commendation Award.

“This is one of the key strategies in Chinese and Japanese landscapes where the term used is ‘borrow or steal’ views from a neighbouring site. So by placing the towers in an open form, we almost double or triple the perceivable size of the site itself.”

The pool and cascading water feature of the project, located in Desa ParkCity.

“So the way we have configured the car park podium is to make it into a gentle ‘hill’ where on one side, the waterfall cascades into a pool, which merges with the lake. The other side cascades down as a landscaped terrace, creating a generous and grand drop-off for the entrance to the side.”

The units feature spacious balconies about 3m in width, huge by general standards. Each balcony also comes with a sunken planter.

“The generous balcony has an environmental response. It acts as a buffer that cuts off direct sunlight into the main living space, yet allowing it to have a completely open, transparent view of the outdoors,” Lee explains.

“Therefore, this whole concept of living in nature permeates the entire development from the ground up,” says Lee, whose firm just completed the National University of Singapore’s School of Design and Environment, a net-zero energy building.

Another unique feature of the condominium is the double balconies. The main balcony next to the living room directly faces the one next to the dining area, promoting a sense of openness and a naturally ventilated space.

“So although it’s a 55-storey tower, it’s an incredibly slim tower, precisely to create this connection to nature, and to bring daylight and breeze through,” Lee adds.

A place of reflection

Lee (seated), with Tay, at the spacious balcony of the four-bedroom show unit, with the sunken planter in the background. Photo: The Star/Glenn Guan

Evident in the show units was his signature style, “Reflection”, which sees the living room ceiling featuring reflective materials of treated steel, for the four-bedroom show unit, and high gloss polyurethane (PU) for the one-bedroom unit.

“The concept of reflection is very important for me. I wanted to use this concept on the ceiling to capture the balcony space into the interior, to give duality to the space. It’s like creating an art space inside,” explains Tay, whose clients include celebrities like Wang Leehom and Zhang Ziyi.

“I want people to come in, see this ceiling, and just stop for a few seconds to enjoy it. If that happens, I have achieved my goal,” adds Tay, whose work is present in luxury boutiques and showrooms like Richard Mille, Manolo Blahnik and Armani Casa.

What caught his attention in the four-bedroom unit was the expanse of the balcony.

“These days, the balcony has become not just an extension of the interior space but functions almost as a living space of its own.For example, we can put a dining table there for outdoor dining,” says Tay, who was named Designer of the Year at the President’s Design Awards Singapore 2014.

He adds that good interior design encompasses walking from point A to point B seamlessly, and that windows play an important role in an interior space. “In all the rooms, the windows stretch across the wall, becoming frames that capture the external views and allow light in.”

Equally important in a development is the communal spaces. “When well-utilised, the external area becomes like the residents’ own garden space,” he adds. 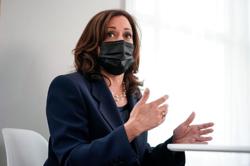 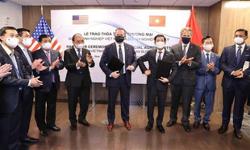