Contradictheory: Writing off the top of your head is kind of liberating 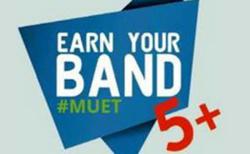 When you get a text message from your editor after you’ve submitted your article for the week, it means one of two things: praise, or a request to write another one. Guess which one it was this week?

Anyway, that means the 900-something words that I had written earlier in the week will now be let loose into the ether. That’s what my social media presence is: ethereal. I mean, it’s the risk of the job that sometimes your work is rejected. I’m cool with that.

But I had to find a replacement, another column. I used to keep a spare article in “storage”, but all it takes is to give in to the temptation to be lazy for just one week and you’ve lost that buffer.

Anyway, for this piece, my editor expressed a preference for something easy like “cute kittens” or something. What she fails to realise is that my days of neoteny are long past. My kitten is now an overgrown grumpy cat that caterwauls whenever it wants, including at having to rewrite this column.

Also, I wish I had been given a little more time to craft this because writing takes time.

OK, that’s not always true. Writing can be very fast. There is a website called 750 words (750words.com) that encourages people to just spend some time each day typing out 750 words in a stream of consciousness.

It takes me about 10-15 minutes to do that. And this column only needs a bit more, so I should be done in 20 minutes, right? Obviously not.

I mean, take the column that was axed. To write it, I had to do a lot of research including sitting through hours of YouTube videos because I wanted to wrap my head around a concept. It’s a lot of work for 900 words.

But I’m usually up for it, even when it messes up my YouTube video recommendations. Unfortunately, it was about a week too late and was overtaken by events. But if it isn’t immediacy, then how do I choose what to write about?

I usually begin with something that interests me. It’s usually something I don’t know much about, so I can learn something new. It’s usually a bit contentious – and if it isn’t, I make it so.

For example, don’t let me get started on the use of VAR (video assistant referee) in football. Or what automation means for the human race. Or about breakfasts for children and why they might improve some types of education-related performance, yet not improve long-term outcomes.

These kinds of topics take time to write about though. You have to do the research, get facts, corroborate at least the more contentious ones, and then add them at the bottom of your article, the part that only your editors will see – readers don’t see any of that.

So this research is the kind of work that hides in the background, feeling quite unappreciated. But it gives me the confidence to push an article up the line, hoping that the editors who say “yes” or “no” to printing the column are convinced I’ve written something of value.

Yet, the trick I find is that it’s not really about how many facts I put down, it’s about which ones I leave out so what is left can make its mark on you, the reader.

For example, I could write, “Thirty percent of the hours worked globally could be automated by 2030”, and I would be completely correct. And yet you’d wonder why it matters without any more context given to the numbers.

Or I could write, “There is a temptation to say, when deadlines are looming, and the words aren’t just flowing, maybe not this time. Maybe I’ll just let things slide.” But if I try that too often these days, I’ll just end up being replaced by a machine that is more capable, less grumbly, and better at writing to deadline.

I think by now it’s obvious the trick I’m trying to pull off here. To some, rejection is a door that closes. To others, it’s an opportunity to experiment with writing off the top of your head – because it’s not like I have a lot of choice here, mate.

If I had the time to research this column properly, I’d probably compare the writing styles of many different authors. About how many of them just seemed to write on the fly (the late, great Isaac Asimov), and how many plan and block everything out first (JK Rowling). And I admire both those writers, by the way.

I’d also figure out how it relates to modern-day Malaysia. How the old style of deliberate working papers to determine national policy seems to have been usurped by just-in-time implementation. And I want to say slowing down and planning is better, but I’m not really sure. I haven’t had time to research it.

But sometimes, writing down what’s at the top of your mind is kind of liberating. It’s like being a kitten that bats and swats at anything that crosses the mind’s eye, and you end up going places you didn’t expect to. Or maybe I’ll just write another spare article for storage which can be used at any time.

Contradictheory: Writing off the top of your head is kind of liberating 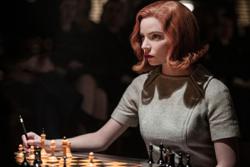 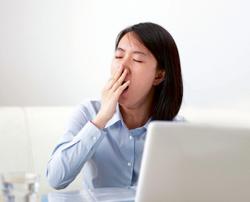