A pair of owlets staring back at the camera, at Gateway Hotel Madurai.

When my wife and I set out on our pilgrimage to India in late June, we had no hint about the bonus that awaited us. We set out to offer our thanks to God and I believe he rewarded us in return with a beautiful gift. We were to be shown and taught about many varieties of beautiful birds; I am a total ignoramus about the avian species.

My encounters goaded me to read more about the subject and I found many fascinating nuggets of information about our feathered friends which I share below.

Our travels took us from the temple city of Madurai, to Dindigul village, Palani and finally to the Isha Yoga Center in Coimbatore.

In Madurai, we stayed in the beautiful, historical Gateway Hotel on the summit of Pasumalai Hill. I believe the tree- and shrub-filled hill, devoid of human activity except at the hotel, encourages a wide diversity of birds to visit the locality.

I awakened before dawn to bird sounds, especially the loud cries of peacocks. As I sat on the balcony of my room, which provided panoramic views of Madurai below, a peacock flew in, looked at me for a moment and then took off to sit in the trees nearby.

I scrambled for my camera, but it was still dark – and the beautiful bird had taken off.

At 6.30 in the morning, we participated in one of the hotel’s programmes, whereby we met the hotel’s “Green Butler”, Munusamy, who is an expert on birds.

Munusamy took us on a stroll through the hotel gardens and the surrounding hill, and pointed out many varieties of birds as they flew about or roosted in the trees.

I noticed that many wild peacocks strutted about, showing off their magnificent tail feathers or flew about the hotel grounds. But contrary to their beauty, these beautiful birds had a horrible

A peacock on the roof, at Gateway Hotel Madurai.

I was taught to differentiate between the beautiful males and the less glamorous females (peahens) – I was to learn that the peacocks would fan out their beautiful tail features as the sun rose, especially if a peahen was nearby to attract her.

I took many photographs of peacocks but though I saw a beautiful peacock with its tail fanned open, I failed to capture this on film.

Munusamy identified spotted Wood Owls, without any effort, but despite his guidance and patience it took me a long time to see the birds sitting in the trees.

We saw two cute owlets sitting side by side, looking at us, and were also shown their nest in the hollowed large branch of a tree.

A pair of owlets staring back at the camera, at Gateway Hotel Madurai.

Several Babblers were flying about. These are small brown birds that forage in small groups of six to 10, for insects; because they fly in a group; they are also known as “Seven Sisters”.

Another beautiful bird pointed out to us was the Rufous Treepie. We were told that it is a member of the crow family. It is identified by its cinnamon-coloured body, black head and long tail, and feeds almost completely in trees on fruits, seeds and small reptiles.

The next part of our journey took us to Lakeside Resort, Athoor village near Dindigul city where we stayed a day.

The attraction here was the large lake which was said to attract many migratory birds but I was saddened on arrival to see most of the lake had dried up, in the prolonged drought affecting this region. However many small and colourful birds were flying about, some with beautiful bright blue and deep green feathers. Unfortunately, for me they moved so fast that I failed to photograph them.

I got up early the next morning to go for a walk on the dried up lake bed. Just as I was leaving my room, a flock of wild peacocks raced past. I followed them quickly but soon lost them in the neighbouring dense scrubland.

On the lake bed, I saw a herd of buffaloes surrounded by Cattle Egrets. These white birds, with long pointed yellow beaks, are a species of Heron that remove ticks and flies from the cattle and consume them – thus a symbiotic relationship.

Cattle Egrets and their hosts, the cattle.

I failed to see the Flamingos that were said to populate this lake but saw an equally beautiful flock of birds – Painted Storks – and took a striking picture of a group of them feeding and their reflection in the remaining pool of water. I was to read that these large birds, with their distinctive pink flight feathers, walk slowly in shallow waters, flushing out small fish with their movements. They then sense and eat the fish by touch, as they move their long yellow beaks slowly from side to side in the water.

My wife and I then went for a walk along the winding country road by the resort, which was bordered on both sides by dense scrub and trees. We saw many Jungle Babblers and a Blue-faced Malkoha; the latter is a variety of cuckoo with an apple-green bill, long tail and a large blue patch over its eye.

We also saw an Ashy Drongo; 29 species of these exist. The bird is identified by its dark grey feathers with a long deeply forked tail. It is said that these birds utter hoax alarm calls that scare other animals off food upon which the Drongos then feed!

An Ashy Drongo. It is said that these birds utter hoax alarm calls that scare other animals off food upon which the Drongos then feed!

Back at the resort, we saw beautiful, small, long-beaked Sunbirds sipping nectar from flowers, but they were so fast that I failed to capture them on film.

The resort manager Mr Kennedy, a bird expert, showed us the nest of a Sunbird – a purse-shaped structure suspended from the thin branches of a bougainvillea creeper. He also showed us the nest of a Tailorbird and described the fascinating way that this bird builds its nest: by piercing holes at the edges of large leaves with their beaks, and stitching them together to make a nest layered with grass and household sponge to lay their eggs. I watched a fascinating video of this on YouTube, which the photographer had painstakingly put together over several days (search YouTube on Tailorbird building nest and laying eggs).

The last part of our journey took us to Isha Foundation’s Yoga Center in Coimbatore. During an early morning walk, we saw a large lotus pond. The flowers had all just bloomed and several beautiful Indian Pond Herons and White-browed Wagtails were feeding on fish. These herons are said to pick up and drop crumbs of bread on the water surface to lure fish! We also spotted the Red-vented Bulbul.

Encountering these birds was a fascinating, unplanned bonus to our pilgrimage. We will certainly be back soon, to see more of God’s beautiful creations.

The writer is a self-confessed ignoramous, and these birds were identified for him by the experts at Gateway Hotel Madurai and the Lakeside Resort at Atur Village, Dindigul, India. He is ever willing to be corrected and educated by knowledgeable readers. If you have any feedback, please leave a comment below. 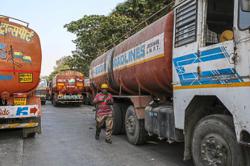 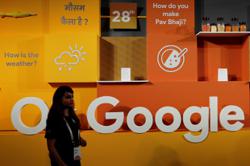