Beautiful Stripes: Why the bandwagon effect is trendy

Influencer Arii, who has more than two million followers, tried to launch her own T-shirt brand and could not even get orders for 36 pieces. Photo: @arii

Trends come and go, and sometimes, they come full circle.

Take bubble tea for instance. The drink first made its appearance here in the 1990s before fading out due to health concerns over the tapioca black pearls.

The price probably had something to do with the trend dying out then as it hurt to pay so much just for a plastic cup of tea filled with starch.

Then, about 10 years ago, bubble tea took on a new lease of life with brands like Gong Cha and Chatime taking the lead.

Today, the big revival sees a mind-boggling 61 brands available in the market and there’s even a “bubble tea street” in Petaling Jaya and Kuala Lumpur! And consumers don’t even blink when they have to fork out quite a bit for it, especially for new exotic flavours.

I seriously wonder about the obsession with this drink though. I get how the chewy pearls add texture to an otherwise boring beverage, but at the rate the sugar builds up, I would rather have my coffee fix.

Tests by students of Temasek Polytechnic, Singapore revealed that a 500ml cup of brown sugar boba milk contained a staggering 18.5 teaspoons (92.5g) of sugar! Not to mention the ridiculously long queues which I attribute to being all part of the see-and-be-seen and FOMO (fear of missing out) cultures, which I have no patience for.

Interestingly, Japanese consultant Moeko Ohno, who is with a consultancy firm dealing with workplace relationships, told Tokyokeizai Online that the act of queueing up and being part of the crowd at bubble tea outlets could be a way of seeking validation with their peers and boosting their self-confidence.

Social media makes it even more competitive as people clamour to put up their picture of holding a bubble tea cup on Instagram to show how they are part of the happening crowd. It’s a bandwagon effect in which people often end up buying something they don’t particularly like or need.

Food trends generally take longer to play out and stay longer, and some never go away. For instance, putting salted egg and cheese into everything, though not necessarily both at the same time.

My kids put cheese slices in their ramen (not sure if it’s a Korean or Japanese thing ) and there’s already a salted egg bubble tea flavour.

Influencer Arii, who has more than two million followers, tried to launch her own T-shirt brand but failed to get substantial orders. Photo: @arii

Here’s one trend I’m hoping will pop soon: the influencer bubble. Instagram is a huge marketing tool, but there are so many wannabes who fake content and even sponsored ads to look important, that you often lose sight of what the brand is about.

An influencer boasting more than two million followers, Arii, made headlines recently when she tried to launch her own T-shirt brand and could not even get orders for 36 pieces.

Influencer marketing expert Shirley Leigh-Wood Oakes told Business Insider that the outcome was not surprising as “it’s far too simplistic to assume followers will equate to customers”.

Oakes attributed this to a lack of promotion on Arii’s channels and content related to the creation or process behind the establishment of the brand, and no personality or emotion.

There’s also the question of the authenticity of the high number of followers. Logically, you would think at least 1% of her audience would respond positively, no?

Yes, there is value to monetising influence, but when there is too much attention given to vanity metrics (number of followers, likes, shares), it becomes all too superficial without any real impact or connection to the people you want to reach.

Digital marketing specialists say micro influencers – those with a smaller, more select and targeted audience who are experts in their field – are set to take off in a big way, for the simple reason that there is more honesty in the opinions presented.

Indeed, I’m looking forward to the day when there will be more credible content and insightful leaders, as it’s just plain tiring looking at another empty face, outstretched hand or cup of latte, with a meaningless caption, if any at all.

Patsy admits she is not the most influential person around, but she is happy to share her favourite food jaunts. Share your thoughts with star2@thestar.com.my. The views expressed here are entirely the writer’s own.

Beautiful Stripes: Why the bandwagon effect is trendy 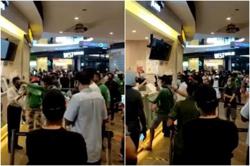 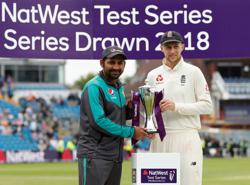