Sizzling or spam? 3 feng shui masters predict the Year Of The Pig

A pig shaped decoration hangs outside a shop at a market in the old quarters of Hanoi on January 28, 2019 ahead of the Lunar New Year or Tet celebrations. - Vietnamese are preparing to celebrate the upcoming Lunar New Year, which is the Year of the Pig. Photo: AFP/ Manan Vatsyayana

The Year Of The Pig seems to augur well with plenty of opportunities and rewards for those who work hard for their goals, according to Malaysian feng shui masters. “It will be a year of plentiful opportunities,” says Jessie Lee.

“But if people think that they can be carefree and expect to be worry-free like the pig who always gets fed, they’ve got it wrong. They need to rethink their future. People who feel they’re entitled to success and riches are being unrealistic and building castles in the air.”

The Submarine And The Titanic

Lee cites two prominent visuals in the Chinese lap chun (beginning of spring) chart – a submarine (in deep water) and the (sunken) Titanic. If you associate with the submarine, your competitors won’t know your purpose, goals or strategies. You strike when the time is right. You don’t openly share everything.

This analogy be about big corporations, which could surprise everyone with announcements of mega projects and take the market by surprise. Or it could be a case of uncertainty and a volatile share market – the switching from bull to bear phase.

Jessie Lee: In the Chinese spring chart, you are either a submarine or you're the Titanic.

Networking and connections are crucial if you want to get ahead of others, Lee emphasises. “If you know the right people, with your wide networking skills, you’ll be the first to get news and therefore reap good prospects.”

On the other hand, there’s the sunken ship analogy. “It’s a piece of stationary junk,” Lee says, adding that this image can be linked to people who bask in past glories.

“They don’t make progress, and end up being unimportant and useless. The analogy means that if you do nothing and don’t seize opportunities, you won’t reap any rewards.”

The lap chun chart for 2019 has an abundance of Water and pockets of Fire elements. Lee interprets this as a sign of opportunities for money, but one must strike while the iron is hot, she adds.

The chart suggests networking and collaboration, and to seize opportunities to gain leverage. But Lee also foresees splits in business ventures and relationships. “Enterprises or relationships that began in 2018 that seemed promising may end in a break-up instead,” she warns.

Era Of High-Tech Tools And Systems

Kenny Hoo: Southeast Asia, Australia, China and India will have good qi in 2019, but in Europe and the US not so much. Photo: Kenny Hoo.

The buzzword in 2019 is “integration”, and feng shui master Kenny Hoo predicts there’ll be more high-tech tools and new systems introduced in various fields like education, medicine, technology and transportation.

New technology will be introduced in Fire-related sectors like artificial intelligence, cloud-computing and the IoT (Internet of Things). He says the downsizing of various industries and government departments will give rise to the emergence of new enterprises.

These opportunities will serve to boost greater wealth. He says the availability of new high-tech and innovative products at affordable prices is likely to enhance and enrich lifestyles. Expect more mergers, venture capital and intellectual property companies, with the integration of various inventions and innovations.

Hoo foresees more cooperation among political parties or camps with different ideologies. Good qi (energy) will be in the South and North regions, with more progressive news and events in Southeast Asia, India, Australia, China and Russia.

The year will also see more challenges among the leaders of Western countries.

Meanwhile, according to Hong Kong feng shui master Raymond Lo, the optimistic Fire element will continue to diminish in 2019 and will be taken over by the fearful Water element.

As Water symbolises fear and there’s a lack of optimism in the Year Of The Pig, he foresees “a decline in economic growth and activities leading to a longer term setback of the stock market and more economic crises”.

He warns that, “As there won’t be a return of the Fire year until 2025, we expect a long-lasting bearish market ahead.”

On how trades will fare, he says, “The yin Earth element is expected to bring prosperity to wood industries and Earth industries (like fashion, media, paper, books, education and environment). The second best industries could be property, mining, insurance and computer software.”

Fire industries including energy, finance and entertainment will fare well. Water industries like shipping, transportation and communication will face stiff competition, however, and may not enjoy a prosperous year. Metal industries like banking, machinery and cars will also face an unfavourable 2019.

Lo warns that yin Earth is sitting on Water in 2019 and there’s a lack of support from Fire. With a weak and unstable Earth, he foresees disasters like earthquakes, avalanches and landslides.

Water disasters like floods and heavy rainstorms will escalate this year, and so too will cases of accidents on land, on water and in the air. Buildings collapsing and mining disasters are possible, too.

Also, beware of scams. Lo warns of a hike in “deceptive crimes” like cheating and fraud on the Internet, corruption cases and sex scandals. To top it off, Lo says the disappearance of Fire from 2018-2022 will bring about health problems like low energy, weak hearts, poor blood circulation and indigestion.

He warns that, “The imbalance of the Earth element will see an increase in ailments such as stomach problems and diabetes. Cases of rheumatism will be on the rise.”

Historically, many important events have occurred in years ending with a “9”, adds sinologist Dr Lai Kuan Fook. In ancient China, they held the number in high regard as nine was associated with royalty.

“The Chinese Emperor’s seat was placed on the ninth level. In the palace of the Emperor, there were nine dragons on the wall and in front of the palace. Nine lanterns were also hung,” he shares.

Lai believes that 2019 is a year in which “significant occurrences will take place” – and he concludes judiciously, “Both for good and bad.”

Sizzling or spam? 3 feng shui masters predict the Year Of The Pig 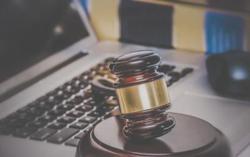