Striking up a sweet deal with the Kitchen God

Cooks hope that with the help of the Kitchen God, they will whip up tastier meals They also believe that the deity can help avert fiery accidents in the kitchen, says Goh, 38. — Photos: NORAFIFI EHSAN / The Star

Does your family worship the Kitchen God?

Pose this question to any Chinese family, particularly those from the younger generation, and you’re most likely to get a resounding “No”. Not only do they not worship this deity, their parents too may have stopped this traditional Chinese practice.

What they know is that the tradition of serving sticky glutinous rice cakes or nian gao is still practised in their homes just before Chinese New Year.

As many Chinese homes these days no longer invite this deity, there is no “report card” on these households, for the Jade Emperor, the Emperor of the Heavens. Why then are these cakes still placed on the altars in Chinese homes when there is no Kitchen God to pray to? Many Chinese are tongue-tied when asked about this.

More than 2,000 years, the Chinese started worshipping this deity during the period of Confucius (551BC - 479BC). According to legend, he ascends to heaven annually to report to the Jade Emperor on the goings-on in the household he resides in. Based on this report, the Emperor would shorten or lengthen a person’s life accordingly.

Customarily, the Kitchen God is given a send-off on the night of the 23rd day of the 12th lunar month (which falls today) with a farewell feast.

Sous chef Goh Meng Chuan, 38, of Xin Cuisine Chinese restaurant, Concorde Hotel Kuala Lumpur, said: “The Kitchen God (Zhou Kuan, in Cantonese) is a fire deity who’s in charge of the fires in the kitchen. Just before Chinese New Year, those who worship him will serve him all things sweet (as a bribe) in the hope that he will sugar-coat his words when he files his report to the Jade Emperor,” he said.

On the other hand, if the deity had a negative report to give, the nian gao, being very sticky, serves to make it difficult for him to open his mouth, and so he would be prevented from speaking ill of a family.

Goh added that certain Chinese zodiac signs will have to abstain from participating in the send-off, if the zodiac clashes with this day.

If there is no Kitchen God at the home, he explained, the sweet offerings on the altars would be served to appease their beloved ancestors and other household deities, namely, the earth deity and the heaven deity.

Assorted offerings to the Kitchen God, for his send-off to heaven. On the left are slices of nian gao, or sticky glutinous rice cakes.

Over 20 cooks (including Goh) in his workplace worship the Kitchen God. They believe that this popular deity is their protector and will help avert untoward incidents in the kitchen. It is hoped that there will be harmony among the cooks who work together.

The Kitchen God is a food connoisseur and glutton. Cooks hope that, with his help, they will whip up tastier meals! Cooks also believe that the deity can help avert fiery accidents in the kitchen.

Said Goh: “Our kitchen helper helps us with the daily ritual of placing three joss sticks and three cups of Chinese tea for the Kitchen God. On Chinese festivals, we will gather to worship this deity. Chinese wine is poured to appease this deity, along with dishes to pamper him, such as chai choy (mixed vegetables in fermented beancurd), roast pork and fruits. During the Mooncake Festival, this deity gets to savour mooncakes, too!”

Former technician Chiah Lan Yook has to step on a stool to reach the altar and lay out the offerings for the Kitchen God. Photo: Ang Seng Hin

“The altar of this deity is so high that I need a stool to climb up and lay out the offerings. It is almost close to the height of the door, over 1.8m high,” said Chiah.

Every year, she sends the Kitchen God off, after dinner on the designated day. The offerings include five Mandarin oranges, sticky rice cakes, sweets, groundnuts, red dates and dried longans.

Like all families, she hopes the deity would say good things about her family to the Jade Emperor.

Photographer Ng Kok Kheung, 43, used to pray to the Kitchen God when his grandmother was still alive. Now that he has his own family, he has stopped this ritual; it has been some two decades now.

“When modern Chinese families move into new homes, they do not pray to the Kitchen God because they find it a hassle. Some of them dislike the smoke of the incense.”

Interestingly, Robynn Lee, 27, of Petaling Jaya, Selangor, shares a compliment she has received, that is associated with the Kitchen God.

“My mum tells me that I have the blessings of the Kitchen God for having such a (hearty) appetite,” she said, beaming with pride.

That means the deity has blessed her with an abundance of food. She gets teased for having a good appetite all the time and more so during Chinese New Year.

“My colleagues are surprised about my voracious eating habit, of snacking all the time, even though I’m small built – 43kg and 150cm in height. My friends’ mothers too are amazed that I have such a hearty appetite,” she said.

Striking up a sweet deal with the Kitchen God 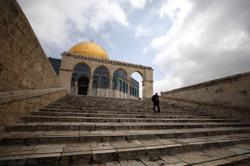 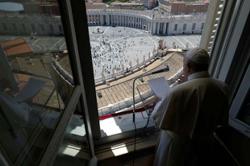