Part of the area under the houses of Sungai Satu at Pulau Ketam on the first day of the project (left) and on the last day (right).

It all started with a Star2 story published on July 18 last year .

The article, titled 'Towards a positive change', was about Malaysian director/producer Mark Lee becoming a finalist in the Picture This Festival For The Planet film competition organised by Sony Pictures Television Networks, in partnership with the United Nations Foundation.

His three-and-a-half minute short titled Mr Garbage, revolved around fisherman-turned-aircon technician Chua Hock Boon and environmentalist Loh Keat Geok, who were doing all they could to clean Pulau Ketam of its accumulated trash.

Pulau Ketam is an island off the coast of Port Klang, Selangor, which houses a handful of fishing villages and is infamous for the trash that has piled up under its stilted houses over the years.

Lee is quoted in the article, explaining: “Like all other islands on the planet, the issue of waste management continues.

“What makes this 63sq km island different from any other island is that it is in reality a mudflat. The island has no roads, so there are no garbage trucks.

“Even if trash is collected, there is no land to dump it on, so the villagers created a dumpsite. However, the dumpsite can no longer sustain and accommodate the volume of waste produced.”

When Malaysian Plastics Manufacturers Association (MPMA) president Datuk Lim Kok Boon read this story, he was inspired to contact Chua, the eponymous Mr Garbage, to see if the association could help out.

What eventually materialised was a month-long clean-up project of one of the fishing villages on the island, called Sungai Satu, organised by MPMA and sponsored by one of its members, Scientex Bhd, over October last year.

Part of the area under the houses of Sungai Satu at Pulau Ketam on the first day of the project (left) and on the last day (right).

Says Lim: “MPMA has done a few beach clean-ups, but we realise that this place, Pulau Ketam, has a much bigger challenge.

“Why? Because it is very close to the mainland. So, 80% of marine litter comes from land sources, and 20% comes from the ocean.

“And because this island is very close to the mainland, a lot of the things that get washed on the mainland into the drain, into the ocean, gets floated here.

“So this island becomes the catchment for some of this – some of it is from here, but mostly, we believe it comes from all around the surrounding area.”

The association realised that it would be impossible to clean all the waterfront areas of the entire island, so they chose the village of Sungai Satu, as it was “the most severely affected place”.

On the first day they arrived, Lim says they were so surprised by the amount of garbage under the houses that they wondered if their idea, called the MPMA-Scientex Sustainability Project, was even feasible.

He describes how they took a stick and stuck it into the ground to see how much trash there was. The stick went in six inches deep.

“It was a big challenge, and we realised it couldn’t be done in one day,” he says.

The village was then divided into five zones for the clean-up process.

During low tide when the ground under the houses is exposed, the volunteers from Scientex and among the local residents, as well as hired workers, would go down to pick up the rubbish.

During high tide when the sea water comes in and helps wash out the rubbish under the houses, the volunteers would use long-handled nets to scoop up the floating garbage.

“We collect it, then we segregate it into recyclable and non-recyclable,” explains Lim.

“Once whatever is recyclable is sorted out, we actually clean it and send it to a recycling centre that is on this island.”

He adds that this is to create a circular economy where products, once used, can be given a new life, ie recycled, as another product.

Meanwhile, the items that are non-recyclable were transported off the island by a waste concessionaire and disposed of in the Jeram Sanitary Landfill on the mainland in Kapar, Selangor.

They also picked up a lot of natural waste like driftwood and small branches.

While these are natural in nature, Lim explains that they can become a danger when they, for example, get caught in boat propellers, as the residents of Pulau Ketam frequently use boats for transport and work.

In total, the project managed to clear up a total of 9.86 tonnes of marine litter from the village. (See Breaking it down above.)

(An earlier version of this story put the total at 9.86kg. We apologise for the mistake)

Volunteers cleaning out a muddy area at Pulau Ketam. Photo: The Star/Faihan Ghani

However, the association is well aware that a one-time clean-up is merely a short-term solution.

“Obviously, we realise there will be continued littering. We want the government, we want the public, we want everyone to understand, ‘Do not litter’.

“But despite all the messages sent out, we recognise there will still be some people who will be ignorant of the whole thing, and so we will have litter.

“So we want to ensure that this effort continues,” says Lim.

The DIY boom made out of plastic water bottles and netting, which will trap rubbish floating into the area.

As the area beneath the houses is the most difficult to clean, the association has set up nets hanging from the bottom of the houses to the ground, to prevent rubbish from floating under the houses during high tide.

In addition, booms made out of large half-filled plastic water bottles encased and joined together with netting have been tied between the sea-facing houses.

“When there is a high tide, the boom floats up – it will now stop garbage from going under the houses. Then when the tide recedes, it will go down and the rubbish will be collected in one area.

“So all you have to do is to walk around the area and pick it up,” he explains.

Chua had previously made some cages and put them around the island for the residents to put their recyclable trash.

The association has provided him with funding to make more of those cages so that they can be placed in more areas around the island, making it more convenient for the islanders to recycle.

In addition, they designed a broad, low trolley, which Chua can hook to his motorbike to take the recyclable trash to the recycling centre.

Previously, he had been manually pushing the full cages to and from the centre. Now, all he has to do is empty the recyclables into a big net, place it on the trolley and pull it behind his motorbike.

All the tools used during the project, like the scoops (also made by Chua, a “very versatile man” as described by Lim) and secondhand blue drums used to contain the rubbish, have been left for the residents to help maintain the cleanliness of their area.

“We will also be doing a 3R (reduce, reuse, recycle) programme with the residents here,” says Lim, adding that this programme will reach out to the other villages on the island, including the local students. 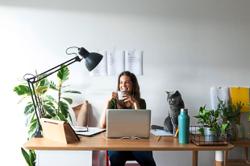