Before 2014, Gracie Hee would never imagine herself kicking and punching her way to winning Muay Thai competitions.

Today, the primary school teacher in Kuantan is so passionate about the sport that she is a coach and serious contender.

“Muay Thai has changed my life. Even though I led a very active lifestyle before by going hiking, jogging, playing badminton, swimming and doing zumba, I had zero background in martial arts.

“I never thought I would be able to be so involved in this sport to the extent that I am coaching and actively competing. Muay Thai teaches me that learning never ends despite your age,” shares the 28-year-old from Kemaman, Trengganu.

It all started when she was first posted to Kuantan as an English teacher in 2014. Her colleague told her about Maxx Muay Thai gym that had just opened and asked if she was interested to try out the sport.

“I fell in love with it immediately. Initially, it was more about getting in shape, exercising, making new friends and sweating it out.

“As time passed, the head coach Eugene Gan discovered that I had a talent in the sport. With more hard work, passion, dedication and discipline, I ventured into competitions and started helping to coach in classes,” shares Hee, who holds a Bachelor of Education (Tesol) from the University of Auckland, New Zealand.

Hee (left) during the Merican Fight Night in 2015 in Kuala Lumpur, which was her first fight.

Hee (second from left), elated after winning a Muay Thai professional competition in Terengganu in 2016.

Today, Hee readily sings the praises of Muay Thai for its many benefits.

“You get to live a healthy lifestyle, make friends and learn self-defence. Muay Thai training can be very versatile. There are so many types of Muay Thai training. It is not only a competitive combat sport where you must enter a ring and compete,” she says.

Muay Thai is also a very unique sport as it combines a lot of elements to promote better fitness, says Hee.

“Muay Thai will improve a person’s cardio and stamina through pad work and bag work. It also improves a person’s flexibility where there is a lot of hip rotation in executing the techniques, including punching, elbows, knee techniques and kicks.

“A person’s reflexes and co-ordination will also get better in time. Muay Thai will train your endurance in the sport, mentally and physically. This is a high-intensity sport that has been proven very effective for losing weight, of course with the right diet too,” says Hee, adding that there are usually crossfit workouts, bodyweight exercises and stretching exercises at the end of the class.

The sport, she emphasises, is suitable for both genders and various age groups. The youngest student at her gym is five years old while the oldest is a woman of 60.

“The culture and tradition behind this sport also teaches a person to be humble and respectful. It has helped me to make friends and connect with so many people worldwide. Everyone is like a family to you in this sport,” she enthuses.

Muay Thai is an important art of self-defence for women, says Hee.

Hee strongly believes the sport is an important skill for women to learn.

“Muay Thai is very relevant to women as an art of self-defence. The basics of Muay Thai teach one how to attack and defend, which is very helpful when we are in a tricky situation and need to defend ourselves.

“For instance, now I won’t freak out and panic if I were put in a dangerous situation because I know I have the ability to protect myself. I know how to stay calm and think of a solution. I know what my strengths are, and Muay Thai training has definitely improved my reflexes, agility and stamina.”

Currently, Hee is committed to promoting the art to more women in the coastal city of Kuantan.

“I believe that Muay Thai can not only make women feel stronger but actually be stronger. It’s time to change the stereotyping in sports where Muay Thai is categorised as a bloody, brutal and aggressive sport for males only.

“This is true if we look back at the history of Muay Thai when it was not a sport yet. It was used for self-defence by Thai warriors in the battlefield.

“However, in our modern society, it has been modified into a sport. With rules and regulations introduced, Muay Thai has become a very safe sport worldwide. It has also been made a part of self-defence and fitness programmes.”

Together, Hee and head coach Gan aim to get the sport more recognised and accepted in the community.

“We want our community to live a healthy lifestyle and we hope to share the many benefits of Muay Thai with all,” says Hee. 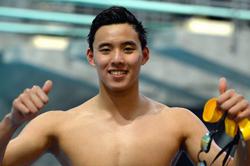