A staggering 30,000 tonnes – that’s the amount of waste Malaysians produce on average daily. This figure was disclosed at the National Waste Management Conference 2018 in July. Worse, only 5% of the total waste is recycled.

That means 10.4 mil tonnes of waste makes its way to landfills across the country a year. Selangor alone contributes 7,000 tonnes daily to these saturated disposal areas, which are quickly piling up as sources of land and air pollution.

A joint development agreement was signed on Dec 10 for a WTE facility to be built adjacent to the Jeram sanitary landfill in Kapar, Selangor.

“The Waste-To-Energy concept is a waste management technology that is able to convert solid waste into energy in the form of electrical power,” explained Worldwide Group CEO Datin Paduka Norazlina Zakaria.

There are two phases to the project, with an estimated total cost of RM1bil. The first phase with Western Power Clean Energy is expected to be operational by 2022.

“The first phase will have waste capacity of ` per day, which will produce between 20MW to 25MW of green energy, enough to power 25,000 households within the vicinity of the plant,” she said.

According to Worldwide Holdings COO (environment) Zamri Abdul Rahman, the amount of waste in Selangor increases at a higher yearly rate of 4-5% compared to a 2.5% national increase. He pegs this on urbanisation and population hikes.

“About 20ha of land is used up as landfill in a year,” he said, adding that Worldwide Holdings embarked on plans for the development to save land consumption in Selangor.

Feasibility studies comparing landfills and WTE were done, with results showing that WTEs have a longer lifespan than landfills. “95% of WTE in the world uses the type of technology we are planning to use, which complies with EU standards of regulation,” he said.

Worldwide Holdings has yet to decide if it will continue with the second phase, set to be completed by 2024, with Western Power Clean Energy. 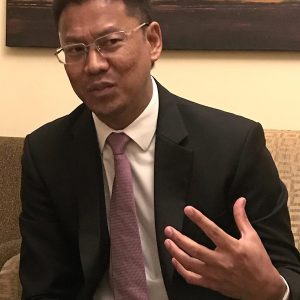 Worldwide Holdings COO (environment) Zamri Abdul Rahman: Waste to energy conversion aside, the public should do their part by reducing rubbish as well as recycling.

Four major components form the WTE’s functions. It works as an indoor storage facility for solid waste, enclosed incinerator, steam-powered energy generator and a gas filtration system. Dealing specifically with municipal solid waste or domestic rubbish, the waste will be deposited in a lined bunker.

As domestic waste is high in moisture content, it will be stored from three to seven days and rotated repeatedly to ensure it is evenly scattered, as microorganisms facilitate the fermentation of organic waste so it can be burned easily.

Leachate from moisture produced by the stored waste will be filtered out to the Jeram sanitary landfill’s leachate treatment plant. Waste will then be carried to the negative pressure incinerator using a bucket crane.

“Negative pressure means instead of air going out, air from the bunker where we store waste will be pumped into the burner and used for combustion to reduce the discharge of bad odours,” said Zairi, stressing that no air will be released from the incinerator during the combustion process.

“Two types of ashes form during the burning process. The first is bottom ash, which is non-toxic ash usually created by wood and such materials. The harmless bottom ash will be sent to the landfill. Some countries use bottom ash for road construction or making low quality bricks, a possibility we will look into.

“The harder part to treat is fly ash. It contains hazardous materials and particles such as sulphur dioxide and nitrogen oxide. We’ll use activated carbon and slake lime to neutralise these acidic components,” said Zamri.

The process involves a scrubbing system and burning at the highest temperature, so that all toxins and pollutants are destroyed. “Like other parts of the world, we will neutralise the fly ash, then encapsulate it in cement and carry out leaching tests before it is deposited in the landfill,” he said.

Perhaps the most important step is how gas from the combustion unit is treated.

“There is the matter of the toxic fumes dioxin and furan, normally associated with the burning of plastic. These will be taken care of using an activated carbon injection system into the gas before it enters a bag filter, which captures the dioxin, furan and mercury,” he said.

Worldwide Holdings has assured the state government and Department of Environment (DoE) that it will have an online display for the public to monitor emission levels in real-time and ensure that the operator meets the standards set. 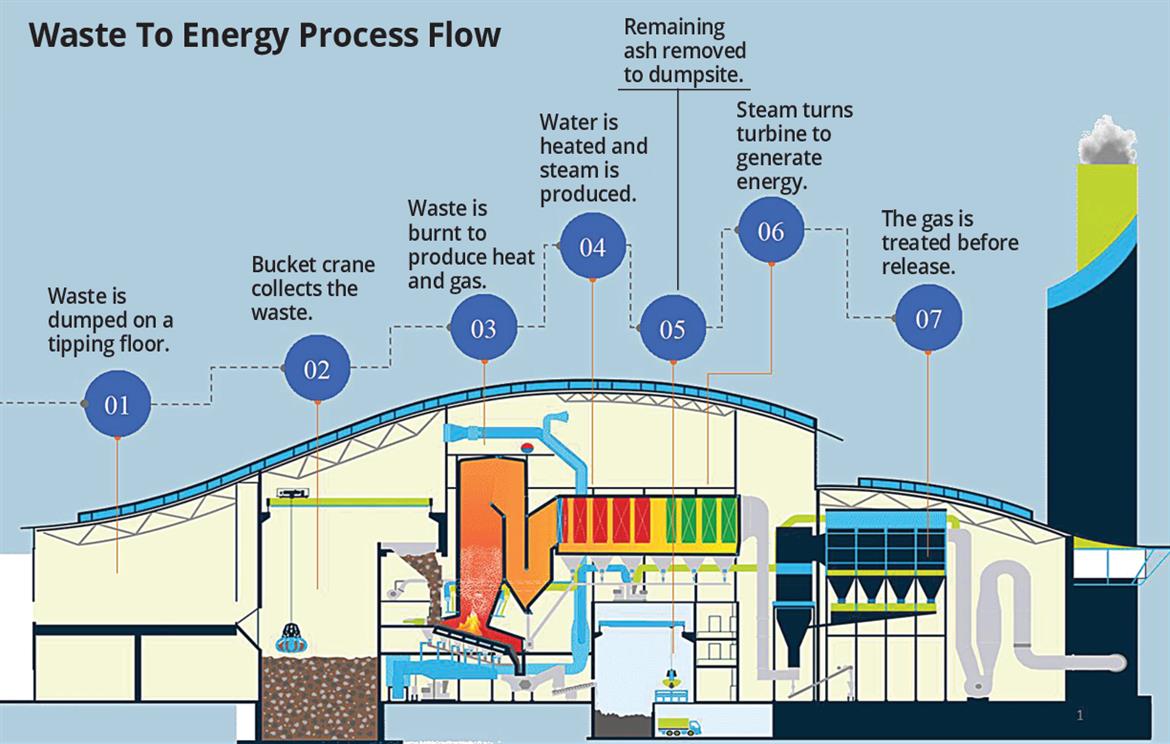 The WTE project is part of a broader and more complete approach, namely Worldwide Holdings’ Integrated Solid Waste Management Centre in Jeram. The centre is touted as a multifaceted approach that includes everything from an anaerobic digester to a research and development centre.

Consistent with the holistic plan, Zamri said waste separation has a key function as the WTE plant works in tandem with the centre.

Non-combustible material such as metal and concrete recovered from the incinerator will be sent to the centre’s material recovery facility for construction and demolition waste, while organic waste from restaurants and hotels will be directed to the centre’s composting plant.

Despite technological advancement, Zamri said that old-fashioned recycling and waste separation is still a necessary practice, with the public playing a vital role.

Once the first and second phases are up and running, the centre is expected to generate 60MW of electricity daily, which can power up to 60,000 households a day.

“We are planning a centre at our other landfill in Tanjung Dua Belas, Kuala Langat, that caters to waste from the Kuala Langat, Sepang, Kajang and Putrajaya areas. We also proposed another in the north, near the Selayang and Hulu Selangor. Our target is to achieve all this by 2025.

“I think it is doable with the federal government’s manifesto to bring renewable energy from currently around 3% to 20% by year 2025. With these, we hope Selangor will no longer have giant landfills that handle a few thousand tonnes of waste, with all the waste instead going to integrated centres,” said Zamri.

He cited Singapore, which does not have landfills on the island, only WTE plants. Whether WTE is the solution to our problems or just a temporary patch, time can tell.

The only certainty is a need for change and the urgency of handling the problem before it gets out of hand. Right now, a holistic strategy at least sounds like a step in the right direction.