Some villagers relaxing in the evening.

The sound of a hornbill perched on a tree at Kampung Aur in Taman Negara piques the interest of all those around.

The photographers and bird enthusiasts there are hoping for a close up picture of the endangered bird.

Numerous attempts are made to “lure” the juvenile wreathed hornbill down, but it doesn’t heed the calls of anyone.

But when 37-year-old Umi, a resident of the village, calls To’ek with rice in her hand, it flies down immediately and perches itself onto a fallen tree next to her, before eating the rice from her hand.

She has been caring for the To’ek since it was found by one of her relatives on the ground a few months back.

Her relationship with the juvenile hornbill demonstrates the connection between the Bateq people and nature, particularly with the flora and fauna of Taman Negara.

“They are part of the Taman Negara ecosystem. The unique part is that they still depend on the forest to live. They are simple and honest people,” says Abdul Jalil Rahman of Birdgroup Taman Negara.

Abdul Jalil has been a tour guide around Taman Negara for almost 25 years and says that the Bateq know the ins and outs of the area.

A villager in Kampung Aur making a souvenir blowpipe.

“They were instrumental in the opening up of Taman Negara as well,” he says.

Abdul Jalil says that they help Taman Negara by giving information to the Wildlife Department about poaching activities in the park.

He says more of the Bateq are now involved in tourism activities, with some of them working as boatmen and some as tourist guides.

“When they are involved in tourism, they will have more reason to take care of their home,” he says.

Most of the Bateq tribe are shy and do not talk much to outsiders, except their Tok Batin or leaders who are more used to the outside world.

The Bateq are just one of 18 sub-ethnic groups of Orang Asli in the country and are part of the Negrito subgroup.

According to estimates, there are about 2000 Bateq people, mostly found in Taman Negara and its surrounding areas.

At 4343sq km and said to be more than 130 million years old, Taman Negara is the biggest national park in Malaysia, encompassing Pahang, Kelantan and Terengganu and includes the highest point Gunung Tahan.

Abdul Jalil (left), from Birdgroup Taman Negara, with some of the Bateq villagers.

To get to Kampung Aur, which is located along the Tembeling river from Kuala Tahan, one has to pass several rapids upstream to the village, a journey that takes about one hour when the river is low.

There are six other Bateq villages in the area, some which are located further upstream and they can take up to five hours to reach by boat.

The Bateq live simple lives based on animistic beliefs that centre around nature and the jungles.

Their homes are made from bamboo and palm leaves, which are more than adequate to protect them from heavy rains.

There are no rooms here, just simple huts with pots and kettles seen. There are no refrigerators, televisions or fancy laptops seen here. (However, a CSR project lit up Kampung Aur with LED lamps and solar panels recently.)

While they eat more rice and canned food besides their staple of yam and fruit, they still use blowpipes to hunt for squirrels, monkeys and birds, explained Manderu, the Tok Batin of Kampung Aur.

They also get income from selling honey, sandalwood and rotan, which they gather from the forest.

Most of them are illiterate as they never had an education, but efforts are being made to make sure the younger generation goes to school in Kuala Tahan to receive a basic education.

The Bateq still practise their nomadic way of life, although the village with 12 families has been home for 18 years now. The Bateq typically shift when a death occurs or food sources become scarce, says Manderu.

Recently, eight Bateq families from another village set up in Kampung Aur as one of their men was mauled by a panther while deep in the forest.

Manderu says that they live deeper in the jungles for a few weeks at a time to gather various items such as herbs before returning to their village.

Asked whether they would consider living in a town, he says it is impossible.

“This is our home and we have to take care of it. We need one another,” he says before agreeing with suggestions that intense logging on the other side of the river, especially upstream, has made their lives harder.

“We feel sad by what’s happening to the jungles,” he adds.

As for now, the Bateq can only hope for a better life through the preservation of the jungles, which are a big draw for tourists from all over the world.

Late last year, with the help of the Bird Group, the Jungle Hut in the nearby Kampung Dedari was built to showcase the Bateq way of life to outsiders.

Kampung Dedari is located just 15 minutes from Kuala Tahan by boat, although it is located on the opposite side of Taman Negara.

The project has so far helped them garner extra income says Sena, the Tok Batin of the village.

Some Bateq villagers relaxing in the evening.

Visitors to the Jungle Hut can see how the Bateq live and watch demonstrations of blow-pipes and fire making.

“We get some income from tourism, bringing them to our place. It is good because they want to see how we live. That’s also a reason for us not to forget our customs and traditions,” says Sena.

For now, the Jungle Hut is still being managed by the Bird Group who are in charge of booking and accounting matters.

But Abdul Jalil says they want the Bateq people to take over everything, and have arranged for 57 Bateq children from four villages to go to school in Kuala Tahan.

“Within a few years, we want them to be in charge. If it’s not 100% by them, we can’t say we have been successful,” he says, adding that five Bateq youth will be sent for a 18 day nature travel guiding course soon to encourage participation.

Ecotourism & Conservation Society of Malaysia (Ecomy) founder Andrew Sebastian says that while facilities are basic, in terms of experience and location they are five star. He said that it is becoming more popular and other communities have expressed their interest in doing it as well.

“The Bateq have a special and unique role to play in Taman Negara. Let’s not forget that they were here way before the existence of the National Park.

“They should be integrated into the ecotourism activities which include cultural components. Bateq in this regard are one of the features of Taman Negara and would be one of the strongest selling points,” he said. 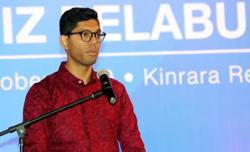 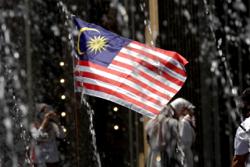 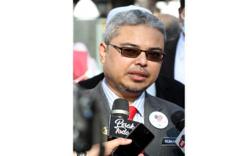