'Cancer taught me to love life': Navi Indran inspires others through Instagram

Navi Indran Pillai isn't about to let cancer stop her from living her life and chasing her dreams.

For someone confronting her own mortality, 28-year-old Vaishnavi Indran Pillai from Shah Alam, Selangor, is exceptionally upbeat. “I have cancer, but it’s not the end of the world. I’m fighting for my life, but I’m going to live my life to the fullest,” she says.

Navi, as she’s fondly known to family and friends, is undergoing chemotherapy for metastatic breast cancer that has spread to her liver and backbone. She’s completed her fourth course with “just two more to go”, all of which is “no fun at all” she says.

Though the effects of chemo can be debilitating – mood swings, lethargy, hair loss – Navi refuses to let it take her down. By candidly documenting her journey on Instagram (@naviindranpillai), she hopes to inspire others, particularly young women, who are also navigating through the disease.

Her social media feed chronicles the emotional and physical toll of treatment, and showcases her indomitable spirit and zest for life. It is personal and raw, revealing her struggle not to let cancer rip apart her life.

By using the hashtag #kissedbycancer, Navi is determined to show that she is one up on the disease.

“I’m grateful for my cancer. It has taught me to appreciate life and not take anything for granted. Whether we are sick or not, everyone has a limited time, and I hope my story inspires other young people to live their lives and do what makes them happy,” she says.

This is Navi’s second battle with cancer. She was first diagnosed with Stage 3 breast cancer in 2013. She was 22, a university graduate, and eager to make her mark. But she found herself confronting a disease she knew little about.

“You always think cancer is something that happens to older people, but the disease doesn’t discriminate,” she says.

“I didn’t know what cancer meant. Was I going to die? Could I just take the medicines and get back to life? I just wanted to get treated and get on with my life. I wanted to live a normal life like my friends.”

Navi put her career plan on hold as she underwent lumpectomy, followed by chemotherapy, radiation therapy, herceptin and hormone therapy. It was a tough period, and though she had the love and support of her family and friends, she floundered.

“I was lost, and went through a period of depression. But somehow I found the strength to fight. I think in our darkest moments, we find that inner strength that is within us,” she recounts.

After Navi was declared cancer-free in 2015, she left for Melbourne, Australia, to pursue her master’s degree in programme management. Life was good: she graduated in 2017, landed a job she enjoyed, and made friends in a city she loved.

But an annual checkup during a holiday in Malaysia last July revealed nodules in her liver and back. Her cancer had returned.

“The news hit me like a tonne of bricks. It hit me even harder this time. I was really disappointed. I mean, I’d gone through all the treatments. I was better already. I was eating healthy food and walking a lot, breathing in the clean air in Melbourne.

“I’d just build my life up again and so it felt like another bomb had dropped. Why did it come back? I started to blame myself. What did I do wrong? I cried. A lot,” she reveals.

And then, she decided to stop feeling sorry for herself. She would take back control of her life and help others.

“Maybe this was my purpose. I have always wanted to do something to help others, and this was my opportunity. You don’t really understand what it’s like unless you’ve been through it. I can be that support for others. I was going to look at this positively and support others,” she says.

Navi started documenting her journey on Instagram in August, and has amassed over 3,500 followers, many of whom are strangers touched by her story, as well as the honesty of her posts and her positive attitude.

“I started this to support others, but honestly the support I have received by people through social media has been amazing. The encouragement from people as I go through this has helped me stay positive,” she shares.

“As much as I am determined to smile through this, it isn’t easy. There are days when I am really down, and I want others who are going through this to know that it isn’t going to be easy. You can’t be strong overnight, but with support you can grow strong.”

Losing her hair was particularly hard. “I’m still coming to terms with it, but putting it out there has helped me deal with it,” admits Navi, who posted pictures of her bald head on her Instagram wall. “The photo shoot was really for myself. I needed it.”

Navi hopes to get back to Indian classical dance once she's done with cancer.

Also featured in her feed are family and close friends whom are her support system.

“They are with me all the way – my mum Shamala, my dad Indran Pillai, my sister Dena, her husband Aju Nambiar, our helper Kak Mun, my grandmother Navamany, godma Mala Nair, and best friends Leo Rayan, Mala Kumaresan and Yamuna Sukumar.

“My chemo sessions can last six hours and they are often with me, cheering me on. One time, we played Monopoly while I was getting my therapy which helped take my mind off the chemo,” she says.

Mala Nair and a friend also surprised Navi by getting Suriya, one of her favourite actors, to record a message for her, even promising to meet her when he visits Malaysia.

“I mean, it’s Suriya. Technically, he has my photo in his phone and he wants to meet me. And he said I have a beautiful smile. I’m so excited!” she says.

Navi still dreams of travelling the world, getting back to Indian classical dance, and reaching out even more to support cancer patients and survivors. “I want to raise funds. I want to support those going through the same thing, whether it is emotional, physical or financial,” she says.

“Right now I’m doing this on my own, by talking openly about my journey. Often, people don’t want to talk about their cancer because they feel self-conscious. They don’t talk about their depression because society expects you to just snap out of it,” she adds.

“But these feelings are real, and I want to be that support for those who need it.”

'Cancer taught me to love life': Navi Indran inspires others through Instagram 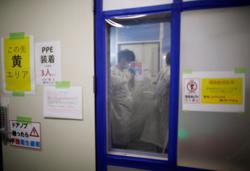 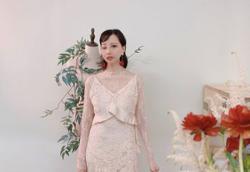