Days before a general election, flags, banners, buntings and political memorabilia would flood the market. But when the election is over, the interest in them would also die down. And then you will see workers clearing away these stuff to be discarded.

But some personal items bearing party logos would become keepsakes, to be stored away for the memories. General manager Adrian Ung of Kelana Jaya, Selangor, may not be a die-hard political party member but he started collecting political memorabilia in 1998, a year after he began his vintage time collection.

When he first began this hobby, he collected items from Barisan Nasional. “I was inspired by a collector whose entire house was filled with Japanese Occupation and Malaya/Merdeka memorabilia,” said Ung, 48, who works in Euro-Atlantic Sdn Bhd, an importer and distributor of fresh produce, in Ampang, Selangor.

Ung collects political memorabilia from the 1950s (possibly even earlier) to the 80s. He finds “the older ones” more interesting. He would scour the flea markets all over Malaysia and Singapore for these items.

He said: “I even found Tunku Abdul Rahman memorabilia that had been bought from a London flea market.” His reason for taking a fancy to them is that “they shed light on what our forefathers went through back then”.

Added Ung: “We also get to see and feel the items that were important in the early days of independence.” For example, he said, an election campaign leaflet featuring Tun Abdul Razak Hussein shaking hands with Chairman Mao (Zedong).

(Tun Abdul Razak was the second Prime Minister of Malaysia from 1970 to 1976, and Mao was the Chairman of the Communist Party and the founding father of the People’s Republic of China from 1949 until his death in 1976.)

Ung has received a lot of offers for his favourite collectible – a 1957 tin plate with a portrait of Tunku Abdul Rahman. “It seems it is very hard to come by. Many collectors don’t have it,” he quipped. He had bought it from a collector in Melaka.

Ung has never counted how many BN items he has, though. “I probably have a few hundred political memorabilia – buttons, badges, plates, newspapers and books – including those of BN (then known as Parti Perikatan or The Alliance Party),” he said.

These BN and Parti Perikatan memorabilia number the most in his collection because “they have been around for so long. So, naturally, we have the most of these memorabilia circulating around.”

“Yes, I do sell other political memorabilia. It’s just that BN memorabilia are easier to find as it has been the ruling party for so long, and obviously it has more memorabilia produced, compared to the opposition parties,” he said.

Ung once bought a Parti Perikatan campaign poster which he really liked, from an antique dealer in Amcorp Mall, Petaling Jaya. He said: “I was rather worried that someone else would grab it, so I didn’t even bargain for it!”

Ung has also amassed vintage items from other political parties. “I still have an MIC publication and memorabilia of MCA, Tun Tan Cheng Lock and Tun Tan Siew Sin,” he said. However, Ung had sold off an early edition of the DAP newsletter.

Ung isn’t aware if any BN party members have bought any of the party memorabilia from him. That’s because buyers don’t reveal their party affiliation. However, some of his customers had wanted to set up galleries or museums.

From stamps to vintage stuff

When he was seven, Ung started collecting stamps and first day covers, as well as traded them, with his pen-pals. “The older, the better,” he said.

Reminiscing the old times, he said: “I just love a lot of old stuff. Maybe it gives me a sense of nostalgia – these things from a bygone era – and the fact that they have a story behind them, interests me as well.” He would “zoom in on Merdeka and Malaya-era items as they are hard to find and interesting, especially to Malaysians”.

Other than political memorabilia, Ung also collects vintage coin banks made from metal from the bygone era.

“I also have kopitiam ‘advertising’ cups and saucers which I like more than the ones sponsored by beverage and condensed milk companies. I collect advertising signs and vintage milk cans, radios and figurines, too,” Ung said, adding that some items are from the 1950s or 60s.

This poster, showing the past Prime Ministers of Malaysia, is in Ung's collection.

Ung would head to the National Library to read digital archives of old newspapers to research about his vintage items. “I would come across ads that feature some of the items I have, and read books (on history and politics) to get a feel of what it was like back then – the fight for independence and the struggles our forefathers went through,” he said.

He buys his vintage stuff “everywhere and from everyone”, including collectors, antique dealers, and even runners who would source for these collectables and sell them. Ung would also buy from old provision shops.

Sometimes he gets lucky as some shop owners would give vintage stuff – such as the Guinness Stout sign, Coke tray and vintage abacus – to him for free in the early days when he started this pastime.

Many of his friends who know about his “crazy” habit would gift him with memorabilia from their travels. For some items, he did not have to spend a sen to acquire, but for other items, he would fork out thousands of Ringgit.

At any one time, Ung said, he has thousands of small vintage items. Over the last 20 years, he has sold or given away “more than I can remember”. But he still has “hundreds, probably thousands, of them”. He keeps his memorabilia in vintage display cabinets and in boxes in his storeroom.

When people got to know about his unusual hobby, they would say: “Wow, you mean you seriously collect all these junk!” Or if curiosity got the better of them, they would ask: “How much did you say you paid for this?” Someone once remarked: “Hey! My mum used to have these!”

A Merdeka yearbook published in 1963 tells of Merdeka celebrations in various states.

When his friends browse through his collectables, some of them are fascinated by them as they bring back childhood memories. “But most of them would say that their spouses would stop them if they wanted to keep such stuff,” he said.

Some people he doesn’t know so well would also comment about his vintage collectables. But he said: “I normally laugh it off, especially when they try to be polite by saying that they love the vintage items. In their hearts, they probably think I’m a nutcase who collects junk!”

However, Ung is not bothered by what people think about his hobby. Neither is he affected by their negative remarks. “Sometimes, I get amazing offers from people who are even crazier than me. Although my hobby did not start out as an investment, I ended up selling some of the items,” he said.

When the price is right

Does he have any vintage items that he would never sell, whatever the price? Well, he is pragmatic. “I believe everything has a price. If the price is right, I would sell the item,” he said.

The most expensive memorabilia he has had was a Merdeka car badge which he had bought for RM2,000. Last year, he parted with it when someone offered him RM5,000 for it. It was an offer he couldn’t refuse.

But it doesn’t mean that he is not a sentimentalist. Indeed Ung has his soft spot. “It would be hard for me to give up, for any price, vintage photos of my mother, father and grandparents. Indeed, there are people who actually collect old photographs!” he quipped.

Ung sells his vintage items on Facebook and Carousell, a mobile and online consumer-to-consumer marketplace with headquarters in Singapore, for buying and selling new and secondhand goods.

His customers are antique and collectable dealers (including from Singapore and Hong Kong) as well as collectors. He said: “Carousell reaches out to more collectors instead of mostly dealers. When dealing with collectors, we tend to be able to get better prices. At the same time, the collectors also save money. It’s a win-win situation and we cut off the middleman.”

Ung recalled an encounter with a customer who took the trouble to drive a long distance after seeing his item posted on Carousell.

“It was a couple of years ago. This guy, from Melaka, was in the East Coast when he saw a tin sign which I had just uploaded on Carousell. He immediately contacted me. In the midst of his holiday, he actually drove all the way from Kuantan to buy the item from me! He was so worried that I would sell it to someone else, even though I had promised him that I would reserve it for him. I sold the item for RM800.”

The tin sign featured a radio which was made in England. That collector had the exact radio featured in the sign. He wanted to get his hands on the sign so that he could display the sign and his radio together. 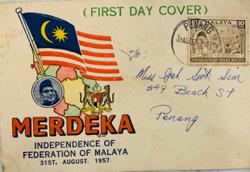 Are business cards still necessary in times of social media?
Iconic British designer Zandra Rhodes collaborates with Ikea to offer limited collection
Can synthetic fuels save the combustion engine?
London tops the list of most intelligent and future-proof big cities
No amount of A-grades or bragging rights is worth a depressed or dead child
Hybrid trainings: Onboarding in the pandemic
How climate change could affect bicycle use
'Mad' quest to revive ancient dates bears fruit
The Internet has made everybody an expert – problem is, we really aren't
What to do when your new puppy has trouble sleeping alone