Human Writes: Do you know there are shockingly poor children living in KL?

Main image: Children at PPR Kampung Baru Air Panas in Setapak, Kuala Lumpur, playing beside a dirty drain. Children staying in PPR flats usually have limited space to study and play, and sometimes resort to doing so in unsafe places.

They are the “children without”, children deprived of bare necessities, including enough food. And they don’t live in some poor, far-off land. This is the plight of children right here in Malaysia’s capital, according to a shocking study released recently by Unicef entitled “Children Without: A Study Of Urban Child Poverty And Deprivation In Low-Cost Flats In Kuala Lumpur”. (Unicef is the United Nations International Children’s Emergency Fund.)

Disturbingly, some children show physical signs of the poverty they live in – more than one in five were stunted, a problem that typically cannot be reversed, while one in 10 were underweight.

In the study involving more than 2,100 children in 17 low-cost flats (the Program Perumahan Rakyat or PPRs), researchers found children:

> Without food – about half the households did not have enough money to buy food recently, and 12% could not offer children three meals a day;

> Without preschool – about half the children aged five and six do not attend preschool;

> Without school – a tiny but alarming minority, 2%, are not in school as their parents cannot afford it;

> Without toys – four in 10 households had no toys for their children under five years;

> Without books – roughly a third of households had no books for children;

> Without a safe place to play – three of four families felt the area was not safe for children;

> Without a conducive place to study – eight in 10 children had to study in the living room.

In recent interviews with The Star, PPR residents described how they did not have enough to eat. One single mother, Mala, a cleaner, said she only bought chicken during Deepavali. Another resident said she sometimes went hungry so her children could eat, while one mother said a teacher was paying for her two children’s school expenses. (Click here to see story online.)

How is it, in a city that boasts unabashed wealth, people go to bed hungry? What kind of “development” model lets children grow up stunted? We should be declaring a national crisis. We cannot allow such inequity among us. As I have said previously, inequality is linked to many social ills, including drug addiction, mental illness, obesity and children’s literacy.

The study’s lead researcher, Dr Muhammed Abdul Khalid, an economist and director of research firm DM Analytics, says the findings are disturbing. “The level of stunting is way too high,” he says. “We must address it now because children who are not healthy now will grow up to be unhealthy adults.... This has a long-term negative impact on economic growth and development.”

Unicef says the study shows a need for targeted policies and interventions to ensure “no child is left behind” – a key theme of the global goals in the 2030 Agenda for Sustainable Development which the Malaysian Government has committed to.

The study recommended a universal child allowance and better access to services. Younger children should be supported to go to preschool while school-aged children need safe social places to go.

Sports clubs could be key, offering a positive, healthy outlet that could also curb obesity, build communities, and promote racial integration. In Iceland, they have been a game changer for teens. Some 20 years ago, it was common to see drunk teens in Iceland. The government then promoted the “natural highs” of sport, offering children a grant for sports, music, dance and art clubs. Today, Icelandic teens are the cleanest in Europe and the country is excelling in sports.

The PPR study also found a high number of overweight children, reflecting the widespread availability and low price of high-calorie foods compared with healthy fresh produce. In one PPR, it was not possible to buy an apple, yet junk food was readily available. Clearly, we need to make healthy food more available and affordable to the poor.

The study recommends a tax on sweetened beverages, which, in fact, the Government is considering to fight our heavy obesity problem. Many countries have now adopted such a tax.

Dr Muhammed says the first thing to be done to resolve the problem is to acknowledge we have a problem. “Otherwise, we are doing a great injustice to these children.”

Human Writes columnist Mangai Balasegaram writes mostly on health, but also delves into anything on being human. She has worked with international public health bodies and has a Masters in public health. Write to her at star2@thestar.com.my.

Human Writes: Do you know there are shockingly poor children living in KL? 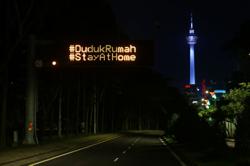