Peruvian potatoes come in numerous shapes, sizes and colours – red, yellow, purple, striped, spotted. A colourful mound of them resembles the bold, burnished colours of locally woven shawls. This wide array of types is an example of agrobiodiversity, a genetic legacy created by natural selection interacting with cultural practices over thousands of years.

Just six varieties account for three-quarters of the US potato harvest, an example of industrial agriculture. They dominate because they produce high yields under optimal conditions and are easy to store, transport and process, especially into french fries and potato chips. Federal policies have also helped these varieties become established by reducing the cost of irrigation.

In Mexico, farmers are cultivating only 20% of the corn types that were grown there in 1930. Chinese farmers are producing just 10% of 10,000 varieties of wheat that were recorded there in 1949. And more than 95% of known apple varieties that existed in the US in 1900 are no longer cultivated.

There are over 28,000 types of maize in research centres but far fewer are cultivated commercially. Photo: Visual Hunt

To protect and increase agrobiodiversity, we have to know how to value it in a rapidly changing world.

In the GeoSynthESES Lab at Pennsylvania State University, we are developing an ambitious new framework to analyse whether and how agrobiodiversity can continue to be produced and consumed in the future.

Thanks to our fieldwork in Peru and other countries, we’re finding that certain global dynamics, such as urbanisation and migration, can be compatible with agrobiodiversity production and consumption.

For example, Elisa and Juliana, two farmers who live within a few miles of the Hunuco urban area in Peru both work jobs in the city. Their “traditional“ farming and eating patterns blend with their part-time farming.

Such changes can even support the innovative use of local food varieties, but only under the right conditions. Farmers must have sufficient land and water. They have to continue preferring these food flavours and tastes. Vibrant local markets for these foods make producing them economically viable.

Together with collaborators working in Hunuco, our lab is assessing ways in which global trends could undercut agrobiodiversity in Peru. One concern is local adoption of so-called “improved varieties“ of both potatoes and corn that are being created by national and international breeding programmes and private seed companies.

Under favourable conditions, these "improved" types provide high yields and potentially good sales income. But the seeds can be expensive by local standards, and growing them requires more costly inputs, such as fungicides and irrigation.

Farmers who use them are less resilient if it’s a bad growing year or if cash is low. For these reasons more than one-half of the potato and maize seed being grown by the Hunuco farmers still comes from local sources such as nearby markets, neighbours and family members.

We also are analysing local impacts of the global spread of inexpensive, low-quality industrial foods. It is important to counter this trend by revaluing these nutritious foods, both for human health and for the environmental benefits that agrobiodiversity brings.

For example, baked purple potatoes contain compounds that might destroy colon cancer stem cells and limit the spread of cancer, according to a new study supported by the US Department of Agriculture.

There are many traditional varieties of potatoes in its homeland of the Andes mountains in South America. Photo:  Visual Hunt

On the positive side, middle-class Peruvians are embracing agrobiodiverse foods sold through markets and food fairs, such as the huge annual Mistura food festival in Lima, the capital of Peru.

Internationally renowned elite restaurants and celebrity chefs are potentially important, non-traditional allies. It is crucial to find ways in which Elisa, Juliana and other producers of agrobiodiverse foods can earn rewards from these new markets.

There also is growing interest in agrobiodiversity in the US. Potato farmers in central Pennsylvania and across the north-eastern US are reviving more than 100 local varieties that until recently had been considered lost.

In the south-western US, research groups recently uncovered evidence of the ancient “Four Corners Potato”, the first known wild potato in North America, which was used some 10,000 years ago. DNA from this species could provide genes to make modern potato strains more resistant to drought and disease.

Global shifts of urbanisation, migration, markets and climate can potentially be compatible with agrobiodiversity, but other powerful forces are undermining it. The imperatives of producing food at lower cost and higher yield clash with efforts to raise high-quality food and protect the environment.

The future of agrobiodiversity hangs in the balance. – AP 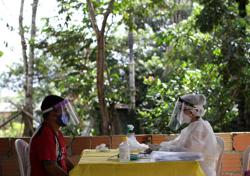 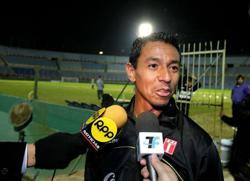