Bring up her stay at Sinagpore’s Khoo Teck Puat Hospital (KTPH) and one of the first things that former patient Chong Lih Yin remembers is the verdant grounds.

“I felt so relaxed,” says the business administrator, 49, who was hospitalised last year for hives. “You don’t see such greenery at other hospitals.”

The 590-bed general and acute care hospital, which opened in June 2010, stands out for its access to both greenery and water features. The image above shows a small part of the rainforest-like landscaping at KTPH that infuses the atmosphere with natural sights, sounds and scents. (Photo: Khoo Teck Puat Hospital)

A waterfall that cascades into a central garden courtyard, rooftop gardens and planter boxes along corridors and outside wards provide patients with green views, and the hospital grounds even open out into Yishun Pond.

The hospital’s public areas are also naturally ventilated by louvres on the facade which channel wind throughout the interior while blocking out direct sunlight.

Biophilic design is based on the idea that humans have an inherent need to connect with nature, even in modern settings, and this connection improves their mental and physical well-being.

KTPH, Ng Teng Fong General Hospital (NTFGH) and Jurong Community Hospital are the only hospitals here considered to have an extensive biophilic design, says Prof Lam Khee Poh, dean of the National University of Singapore’s School of Design and Environment.

While research has linked green buildings to positive effects on people’s health, more studies are needed to determine the link between biophilic design and patient recovery in healthcare settings, says Prof Lam. But these studies are limited as few hospitals worldwide have such designs, he added.

An often cited research work in the context of healthcare is a 1984 study of patients who had undergone gall bladder surgery in a Pennsylvania hospital in the United States. It found that those who had a window view of trees stayed for a shorter time in the hospital, had fewer negative observations about their condition noted by nurses, and took fewer strong doses of painkillers than patients whose windows faced a brick wall.

“The general feedback of people who have been engaged in these kinds of buildings and spaces has been very positive, (but) we need to do that in a much more scientific and systematic way,” says Prof Lam.

At NTFGH and Jurong Community Hospital, the idea of creating a healthy and healing environment for patients drove the design process, says Foo Hee Jug, chief executive officer of NTFGH.

Built in June 2015, the hospitals have won several awards for design and environmental sustainability, including the American Institute of Architects Committee on the Environment Top Ten Awards last year.

The hospitals’ fan-shaped wards with windows for each patient increase ventilation, with planters providing a green view. There are also 15 gardens, including one for intensive-care unit patients, and ward towers are orientated to optimise day lighting while reducing glare.

Staff are not left out either – a light well provides natural lighting at a relaxation area for backend staff who work in the basement.

Yet, challenges to adopting biophilic design remain, not least as many healthcare institutions are still largely conceptualised as sterile environments, and there are concerns about increased maintenance cost. An increase in pests like insects and the amount of dead leaves, which can clog up drains, are examples of the problems that some hospitals would rather avoid, says KTPH director of hospital planning Donald Wai.

KTPH sprays neem oil, an organic substance which is not toxic, on the plants so as to deter pests. Wai says: “I feel that the management of each healthcare facility needs to embrace this green philosophy.

“The biophilic environment is not just meant to allow patients to walk about, feel relaxed and to recuperate, but also to make our staff feel that they are in a very calm and relaxing environment.”

Prof Lam thinks there is a good chance that biophilic design can have a lasting impact on health.

“To me, it’s not so much the cost but what value are you getting out of it. If you invest well, you’re going to get the returns many, many times over,” he says.

“And if you design it well and integrate it well from the beginning ... it doesn’t necessarily mean that it will cost a lot more.” – The Straits Times/Asia News Network 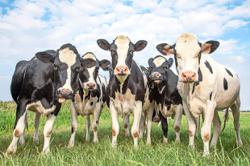 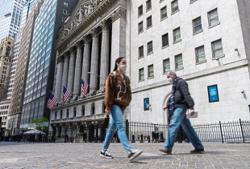