A growing number of people are avoiding certain foods or food groups, but experts say the proportion of people with a true allergy or intolerance is actually very low.

Food is something most of us take for granted. We wake up knowing breakfast will boost our day. A couple of hours later, we might start clock-watching, eager for a lunch to break the monotony of work. The end of the day might be spent having dinner with loved ones sharing special moments and discussing important details of the day. Even religious holidays are intricately intertwined with eating (or not eating). Clearly, food is a focal point of all our lives, every day of the week.

So why do we need a day to be dedicated to food?

The Importance Of World Food Day

The UN World Food Day was set up to commemorate the establishment of the World Food Organisation (FAO) in 1945 after World War II. Understanding the precious nature of food, and a country’s ability to be self-sufficient (called food security) is best felt during times of conflict. 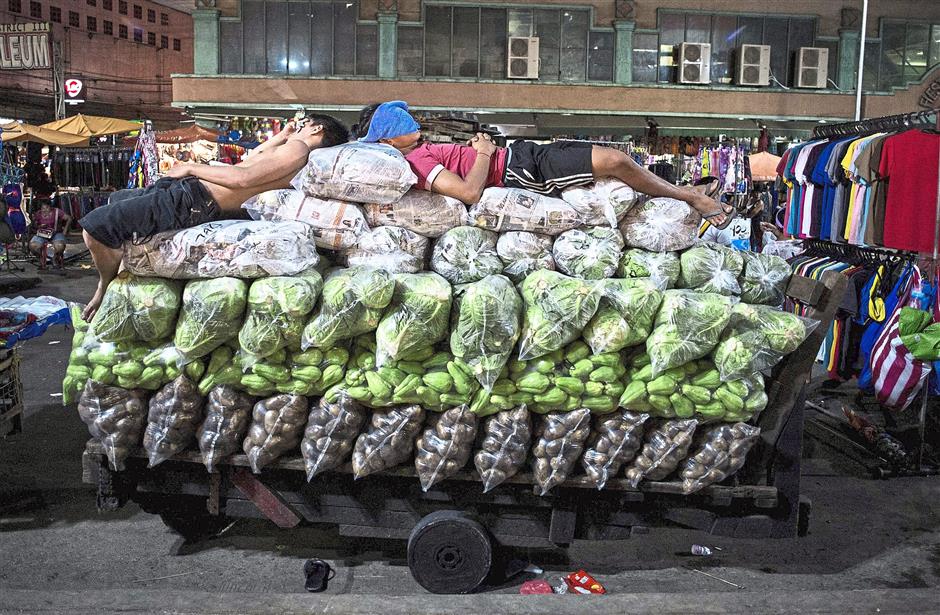 Workers sleep on top of vegetables on a wooden cart in Divisoria market in Manila. The vast majority – 98% – of the world’s hungry people live in Asia. — AFP

We should not take food for granted, and remember there are millions living in poverty and hunger. The FAO’s goals are to fight hunger and achieve food security, reduce rural poverty and promote the sustainable use of natural resources.

I believe we all need to be reminded of the real essence and purpose of food. I don’t just mean the gastronomy of how to improve your beef rendang or how to make a low-fat char kway teow so you can fit into your skinny jeans.

Food is not only essential to sustain life but is also fundamental in providing the nourishment and energy necessary for learning and growth.

Without a nourished body, you lack a nourished brain and you simply can’t learn or thrive. This results in a mammoth risk to a country’s development.

Over generations, we have developed from the hunter-gatherers of our forefathers, and slowly moved to cities to work. In this transition so many of us have lost touch with nature.

How food grows, how it is farmed, is lost to many of us – we don’t even know how to cook. Maybe it doesn’t matter because street food, coffee shops and convenience stores selling quick and cheap meals are everywhere. Should we even care?

The simple answer is yes.

We are what we eat. Many people are becoming overweight and even obese – which is a huge health problem just waiting around the corner.

At the same time, almost 800 million people (just under 10% of the population) are undernourished, some of whom are starving to death.

Through A Child’s Eyes

As a child I remember the terrible droughts in Ethiopia of the 1980s. I bought the Band Aid single which so many global artists recorded, and donated money to alleviate the hunger that entered our living room every night in the form of BBC news reports. 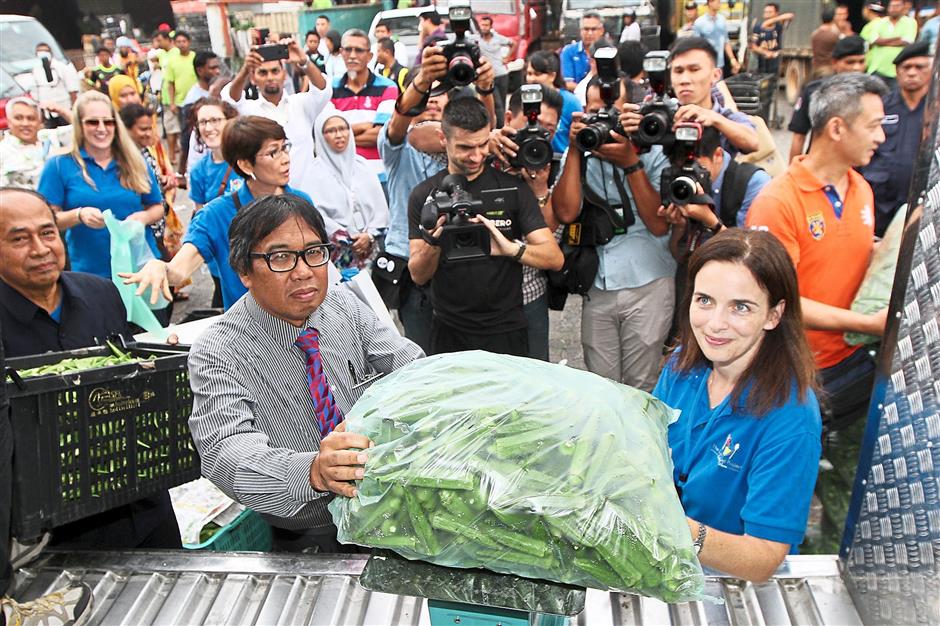 Mooney (right) with DBKL Licence and Petty Traders Management director Zaharuddin Basiron loading surplus food from the Kuala Lumpur Wholesale Market in Selayang into the back of a truck bound for various charity homes. Lost food can be diverted to feed all of the world's hungry and Malaysia is among the leaders in South-East Asia in this effort. —Filepic

I remember crying when I saw an emaciated baby with big brown eyes looking at the camera with no hope in her eyes. She did not even have the energy to bat away insects and flies landing on her face. A few hours later, came the news that the child had died.

I could not understand why this was happening. “Can’t we just send food to these people, Mum?” I would plead. She explained that the world didn’t quite work like that – but we could send some money and hopefully aid agencies and governments could provide long-term help.

Children are often the most practical problem solvers – and I did not like this solution.

I knew all the shops and supermarkets were filled to the brim with food – so why were so many people walking around like skeletons, days away from death?

Just because they happened to be born in a particular country? It felt very wrong. And why were we not doing more about this?

This was the first time I actively remember realising what the word “inhumane” really meant.

I was not alone in my despair. Bob Geldoff, a mediocre Irish singer from a forgettable band called The Boomtown Rats, raised this issue with many governments and policy makers in the world. He highlighted the excesses of food such as the infamous “EU butter mountain” of which politicians finally acknowledged.

There was slight embarrassment, but that did not change the fact that there would continue to be excess food produced that was not allowed to be sold, or given away due to fiscal policies of food trade.

In Britain, there is a very unsatisfactory explanation given to behaviour that is perhaps unsavoury, but cannot be changed – “that’s cricket”.

Making Sense Of The Senseless

So at the tender age of eight, I devised my own understanding of “lost food” – food which is good to eat, but for a number of reasons, is simply thrown away.

I learnt that many reasons can leave millions of people to die unnecessarily: regulations, trade deals, politics, logistics, or sometimes it can be because it’s cheaper to throw away food than it is to go through the bureaucracy to give it to the poor.

Like most other people, I got on with my life and did not focus on the politics of food, as I was busy trying to carve out a career as a journalist.

However, I did spend some time travelling across Africa, and spent several months waitressing in a restaurant in Cape Town.

It was here at The Ferrymans my eyes were truly exposed to the levels of food waste disposed of every day. Not just the excess of everyone’s plate, but the food that had to be ready in case someone ordered (our menu was far too varied). So inevitably there was a very large binload of perfect food being trashed every single day.

It would not have been so bad, but the kitchen staff (who were the worst paid of the restaurant staff) were often underfed themselves. Most lived in shanty towns on the edge of the city. Many had families to support with absent husbands, leaky roofs and the constant need to provide food. 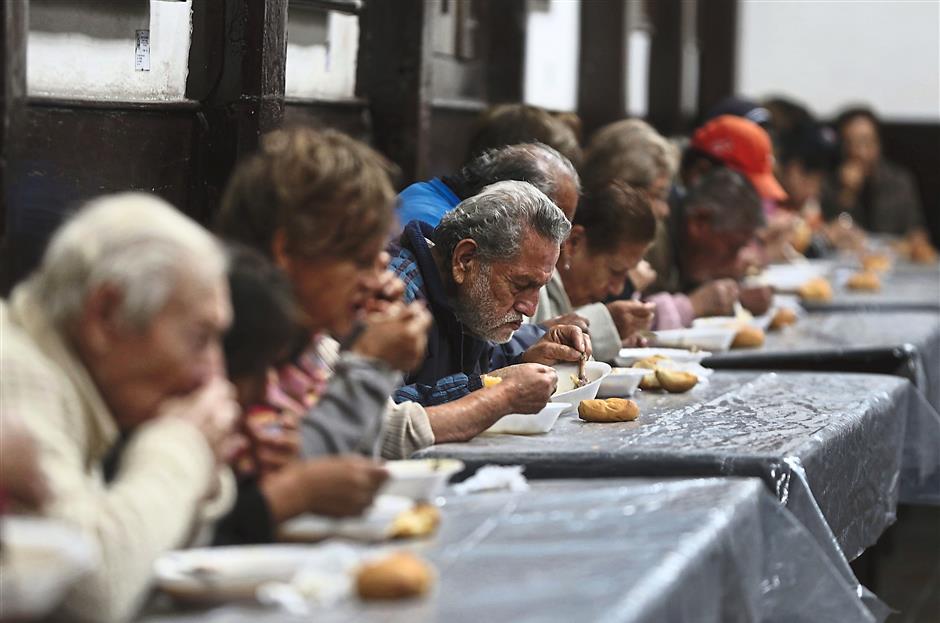 People slurping soup during La Porciuncula, a religious event where Franciscan monks serve food to the poor, at the Los Descalzos Convent in Lima, Peru. Poverty is a main cause of world hunger affecting 800 million people. — AP

I suggested to the restaurant owners to donate some of this top class “lost food” to these women. The answer was a resounding no.

On reflection, it was for obvious reasons; this would lead to the staff over ordering, over cooking, and et cetera, to create a large pile of leftover food which they could then bring home to feed their families.

I understood that argument – but it still lay uneasy. How could we be throwing away so much food in a country where many people were so desperately under nourished? Something had to be done.

So I did some research and contacted a local soup kitchen in Cape Town. They said they would be delighted to take the food. My bosses at the restaurant agreed to donate the lost food on the following conditions: the soup kitchen should come at the same time every night, they had to bring the boxes to pack the food, and no way was any homeless person could ever be allowed to come near our restaurant looking for food.

So we started this daily collection at 10pm every night – and it worked very well – for several months. Then I left to continue my travels. With no-one pursuing the management to donate the food – they slipped back into most restaurants’ default mode. Throw away lost food. It’s less hassle.

We Are All To Blame

That was 20 years ago and thankfully the world has changed. People realise that our way of life is unsustainable – our resources are running out and the population is growing. We cannot feed more people. Climate change will create climate refugees and add more pressure to global governments. South-East Asia is one of the most food insecure regions of the world. So what is the solution?

Since we throw away 33% of all food produced, there is an easy solution. We can produce less and just be clever and use the food we are currently throwing away.

It costs the Malaysian government billions of ringgit just to dispose of the “lost food” into landfills. This is money that could be spent on health-care and education. Food products are more expensive to the customer, because companies include the cost of “lost food” in the price.

The damage to the environment is enormous. Food in packaging which is crammed into landfills creates a methane soup that damages the land, water and surrounding air. It is 20 times more damaging than the greenhouse gas carbon dioxide.

We spend much time complaining about the haze caused by the logging in Sumatra, but we are quite happy to contribute to this environmental hazard ourselves. 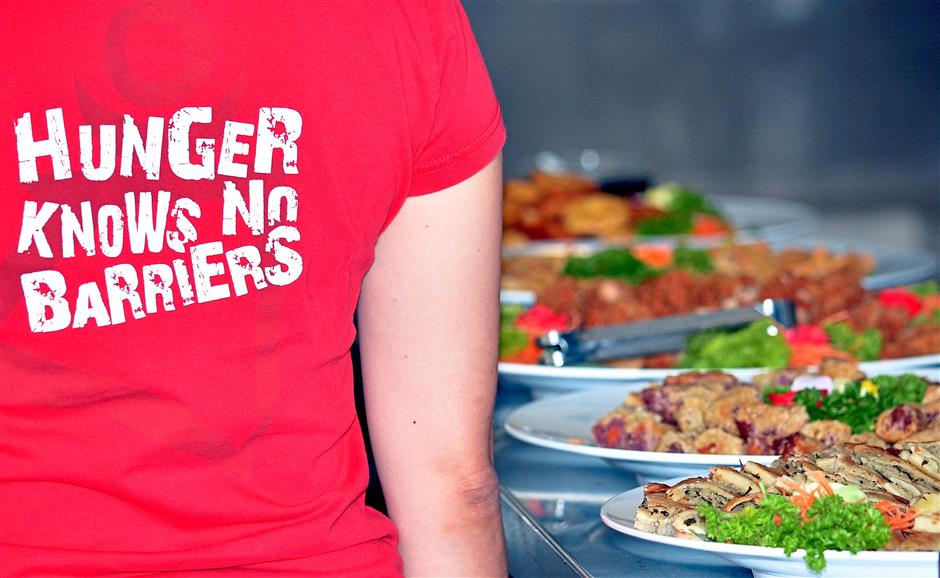 Malaysian soup kitchens such as Kechara feed the poor and hungry regardless of race and creed – and lost food can be diverted here to great effect. — Filepic

If we are honest, we are all to blame – global governments, regulators, food manufacturers, and consumers. However, the good news is that if we all decide to change our behaviour just a little, we can make a huge difference.

Currently there is enough “lost food” thrown away to feed all the hungry on the planet four times over. Maybe if we divert some of the lost food their way, it would be a good start.

The Lost Food Project is the first food bank in Malaysia to have professional contracts with a number of supermarkets, manufacturers and a wholesale market. They distribute 50,000 meals a month to over 40 charities, composting any donated food unfit for human consumption. Suzanne Mooney lives in Kuala Lumpur with her husband and children. To get involved, email info@thelostfoodproject.org

To check out some facts on world hunger, click here.

To see facts on hunger in Malaysia, click here.

Classic lotus root dish adds to festive vibrance
Exotic seafood jazzes up festive menus
Feast of festive delicacies
Auspicious CNY recipes from a chef with four decades of experience
CNY seafood recipes from a passionate 82-year-old chef
Golden roulade for festive meal
Eating your way to good fortune
Noma, one of the world's top restaurants, to close at the end of 2024
This year, eat your way through South-East Asia
Auspicious treats to usher in Year of the Water Rabbit