In the 1930s, some American nuns were required to write short autobiographies following their final vows. Decades later, their essays would become part of an important study of positive psychology.

It’s likely that the task was originally designed to help with determining the career paths of the nuns, and yet the writings would go on to suggest an important link between the kind of emotive language we use and the degree of our longevity.

In 2001, researchers from the University of Kentucky published their famous “nun study”, which analysed 180 handwritten autobiographies of nuns in the 1930s, with an average age of 22.

As part of the instructions given to the young women, they were told that their writings should “not contain more than two to three hundred words and should be written on a single sheet of paper, and include place of birth, parentage, interesting and edifying events of childhood, schools attended, influences that led to the convent, religious life, and outstanding events”.

The researchers would come to find a “very strong association between positive emotional content in autobiographies written in early adulthood and longevity six decades later”, and they noticed a clear distinction between nuns whose writings were positively charged and those whose essays were more reserved.

Comparing the beginning and ending of the essays, one Sister (with low positive emotion) wrote, “I was born on Sept 26, 1909, the eldest of seven children, five girls and two boys. My candidate year was spent in the Motherhouse, teaching Chemistry and Second Year Latin at Notre Dame Institute. With God’s grace, I intend to do my best for our Order, for the spread of religion and for my personal sanctification.”

Another Sister (with high positive emotion) noted, “God started my life off well by bestowing upon me a grace of inestimable value.... The past year which I have spent as a candidate studying at Notre Dame College has been a very happy one. Now I look forward with eager joy to receiving the Holy Habit of Our Lady and to a life of union with Love Divine.”

Among their findings, the researchers discovered that the happiest nuns lived 10 years longer than the least happy nuns. They also found that cheerful nuns had an 80% chance of getting to age 85, while the least cheerful nuns only had a 54% chance of reaching 85.

One explanation for the longevity of the happiest nuns in the study could be that they seemed to enjoy what they did in their lives and felt a deep sense of purpose in their chosen paths. On the other hand, it’s possible that the least happy nuns felt more of a sense of obligation and duty, paying less attention to the joy and meaning in their lives as a result.

The American psychologist Martin Seligman – known as the father of positive psychology – has spent decades studying what makes for a happy life. The results of the nun study tie in with Professor Seligman’s own findings, which is that authentically happy lives primarily stem from creating purpose and meaning in our lives, as well as making sure we engage in activities that positively absorb our attention.

It’s here that we’re likely to experience being “in the zone”, which can be seen, for example, when pianists get caught up in the music they play, or when chess players find themselves in a battle of minds with a worthy opponent.

Interestingly, while pleasant feelings play a part in our overall happiness (eg. from eating delicious ice cream or hearing good news), Seligman describes these as “the cherry on top” of the cake. In other words, moments of superficial pleasure are nice to have, but they’re not vital to our overall happiness.

Perhaps this is why those who constantly chase such fleeting pleasures often feel dissatisfied with life because, in their continual pursuit, they’re missing out on what actually brings authentic and lasting happiness.

For positive psychologists, there’s as much of a need to foster the best of who we are as well as knowing how to repair the worst parts of our nature. There’s a recognition – and a growing body of research – to suggest that we can all flourish by using the key strengths we each have to make meaningful contributions to ourselves and to society. As an added bonus, we’re likely to be much happier for it.

While some might suggest there is no ultimate meaning to life, this is arguably a redundant philosophical point. What we do know for sure is that we are here, living life.

As the joyful nuns in the study showed, living a long and happy life doesn’t come through the hope of finding meaning; rather, it’s by creating meaning in our lives that we cultivate authentic happiness. 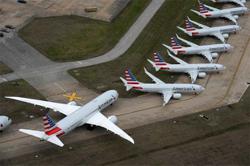 Making Malaysia a tobacco-free nation
Tips on managing menopause symptoms
Tips for parents with children who have learning disabilities
The digital healthcare generation gap in Malaysia
No one can hide from the climate crisis, not even billionaires
Herd immunity for Covid-19 is unlikely to be achieved
Malaysia should look into a 'green recovery' for the economy
Here's the proper way to fill your 'tank' for exercise
When you need to stent your heart arteries
Covid-19 has triggered a mental health crisis and we need to deal with it now