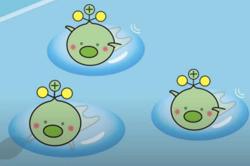 We all know Watchmen, V For Vendetta, Swamp Thing, The League Of Extraordinary Gentlemen, The Killing Joke – Alan Moore’s contribution to the world of comics has been nothing short of legendary. So when he announced last week that he will no longer be writing comics, the world suddenly felt a little bit colder.

The mark of a great comics writer isn’t just writing stories, but also creating characters that a reader wants to read more about. Moore’s rich imagination gave birth to some of the medium’s most iconic characters over the years, with some of them going on to become major players in their respective publishers’ universes.

Here, in no particular order, are our favourite Alan Moore-created characters.

Moore’s reinvention and reinvigoration of Swamp Thing is one of the highlights of his long career in comics, and during his four-year-run from 1984-1987, he introduced a character that would prove to be one of his most popular yet – the British working-class magician John Constantine, who played a recurring role as a sort of “supernatural guide” for Swampy.

There were times when Constantine acted as a sort of supernatural guide for Swamp Thing.

Of course, after making his first appearance in Saga Of The Swamp Thing #37 in 1985, Constantine would go on to get his own best-selling Vertigo title – Hellblazer – which lasted 300 issues from 1988-2013, before being absorbed, along with Swamp Thing, back into the main DC universe.

We could probably populate this entire list with characters from Watchmen, but we decided to pick just one from each title instead. While Dr Manhattan, Ozymandias, Comedian and the rest of the Watchmen are great creations in their own right, we decided that Rorschach deserves to get into this list the most, purely because of just how prominent he is throughout the entire story.

It’s his investigation into the death of the Comedian that pushes the story forward, and his moral ambiguity as well as cold-blooded attitude towards criminals along with his resourcefulness (check out that prison break scene where he has to defend himself against a bunch of criminals who want to kill him) makes him the most interesting and influential character in the series.

He also gets credit for being the only character who is unwilling to compromise his beliefs in favour of the “bigger picture” perpetuated by Ozymandias and Dr Manhattan.

Oh, and that mask is just way too cool.

Rorschach wasn't a big fan of doors either.

Possibly one of Moore’s most iconic characters, V is more than just a character – he is an idea. In V For Vendetta, it’s telling that we never get to see his real face nor learn his real name – his appearance in that flowing black cape, tall hat, and ever-smiling Guy Fawkes mask merely served to give him a physical presence. By the time the inevitable end comes around, you no longer care who he is, only what he stands for.

Wake me up when November ends, OK, V?

You have to wonder if Mogo is related to Marvels Ego the Living Planet.

The story itself is notable for how it hardly features Mogo at all, instead focusing on a warrior called Bolphunga the Unrelenting, who arrives on the planet where Mogo supposedly resides to challenge Mogo to a duel, only to find that Mogo IS the planet!

Since then, Mogo has played a major part in Green Lantern lore, and in recent times, even served as the headquarters of the Green Lantern Corps after Oa was destroyed.

Time to lay the Smax-down on some bad guys.

Moore’s stellar Top 10 series, about the super-powered policemen of Precinct 10 who have to police a city populated by superpowered people, is chock-full of memorable characters.

From the resident pathologist Doctor Sally-Jo “Micro-Maid” Jessell (conducts autopsies from INSIDE the body), to Joe Pi, a an efficient “post-organic” (translation: robot) cop who is more than meets the eye, there are just so many great characters to choose from.

Our vote, however, goes to Jaafs Macksun, aka Smax, a blue-skinned giant who can shoot energy blasts from his chest and is one of the precinct’s heavy hitters. When he is called into action, Smax is tough as they come, but for all his superpowered blue-hued machismo, Smax is just a softie at heart, as evident when he offers to take care of his partner Robyn’s elderly father while she is recuperating in the hospital.

Co-created by Moore and artist Chris Sprouse and first appearing in 1999’s America’s Best Comics (a title under DC Comics’ Wildstorm imprint), Tom Strong is a “science hero” who is as smart as he is strong, lives in a massive building called “The Stronghold” with his wife, daughter, an anthropomorphic gorilla named King Solomon, and a steam-powered robot named Pneuman. Created as a spoof of early comic- book pulp heroes, the Tom Strong stories seemed cheesy at first, but Moore manages to give layers of depth with stories that span different timelines and dimensions (Strong even fights alongside his younger self a few times), even inserting him into other titles like Top 10 and Promethea.

Trust us, you don't want to get on Janni Dakkar's bad side.

The League Of Extraordinary Gentlemen is, well, an extraordinary series. Unfortunately, while pretty much all the characters in it could have been in this list, they are mostly disqualified on the grounds that they were not actually Moore’s creations, but classic literary characters given the Alan Moore treatment.

One of the few exceptions, however, is Janni Dakkar, the daughter and heir of Captain Nemo of the Nautilus, one of the heroes of the original League. After introducing a grown-up Janni in spectacular (and rather tragic) fashion in The League of Extraordinary Gentlemen Vol III: Century 1910, Moore wrote a series of original Nemo graphic novels starring her as the captain of the Nautilus – Nemo: Heart Of Ice, Nemo: The Roses Of Berlin and Nemo: River Of Ghosts.

Cold, cruel and calculative, Janni is a worthy successor to her father, and one of the most intriguing original characters created for LXG.

After running into the desert as a little girl and getting taken in by an ancient god, Promethea becomes more than just a person – she becomes a character in a story, albeit one that has been recurring for thousands of years in countless stories told through the millennia. She is a living story, an entity who manifests herself through various vessels and channelling her energy through the power of imagination.

Originally running from 1999 to 2005, Promethea was used as a channel for Moore’s own philosophical views, and he himself admits that the book is meant to be didactic. Still, with art as gorgeous as that, and a character as eternally enduring as Promethea, who’s complaining? 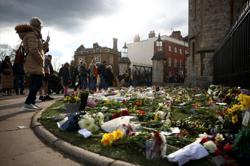 Pneumonia: One of the top five deadliest diseases for children in Malaysia
Ensuring that we get our quality sleep
Covid-19 vaccines: Facts about the myths
Big Smile, No Teeth: What will our lives be like in 20 years?
Human Writes: We can’t lower our guard against Covid-19 yet
Fitness tips for the guys
The danger of too many people refusing vaccines
Sunny Side Up: Put aside an hour a day to de-stress and unwind
Strengthening community support for those with poor mental health
Contradictheory: Would you give a kid a credit card?