Rojak – a traditional food that reminds us of our colourful heritage and cultural diversity. Photo: The Star

Coming up with this month’s column was a labour of love. With our 59th Merdeka round the corner, I found myself thinking of the road ahead.

As we’re tested by some of the most complex challenges in history, the risk of becoming fragmented as a nation is more real than ever. Yet in these challenging times, I’m seeing more and more Malaysians coming together in solidarity.

I was having dinner at Charlie’s Cafe in Kuala Lumpur, my usual hangout, when the cafe owner Sonny, shouting from the kitchen, pointed excitedly to two surprised-looking girls at the next table: “You must meet them!”

Within five minutes, I was engrossed in an animated conversation with Faye and Rachel, founders of social enterprise The Rojak Projek. You would get excited too, once you hear how cool their mission is: they want to inspire Malaysian unity by creating beautiful portraits from traditional foods that remind us of our colourful heritage and cultural diversity.

Our conversation got me thinking about what makes Malaysia so awesome.

So, in the spirit of Merdeka, here are eight reasons – and I am sure you can think of more.

1. Let’s start with the obvious – our food

I’m truly pleased that the rest of the world is finally starting to realise how awesome our food is. While it’s wonderful that we have the likes of CNN and Lonely Planet waxing lyrical about our asam laksa, bean sprout chicken and nasi kandar, that is merely scratching the surface.

There’s a whole lot of other culinary innovation going on in the country that reflects the creative imagination of our people. Ever heard of Cake Jalan Tiung’s pengat pisang cheesecake?

I can’t wait to sample steamed pomfret with water chestnut foam and puree of chrysanthemum garland at the experimental restaurant, Dewakan, in Glenmarie, Selangor. And I haven’t even started about those guys who make charcoal-bun burgers cool.

2. There are many unsung heroes in our midst

Have you ever reminisced about entrepreneurs and statesmen in our history books, and wistfully wondered when Malaysia would ever see the likes of such inspiring leaders again? Well, many of our best heroes are still around.

Thanks to my work as a writer, I meet a lot of heroic Malaysians.

Attending the recent TedxKL showed me there are many more individuals who are making a difference in their respective communities. There’s a doctor who’s aiming to end water poverty using nanotechnology, and a tech luminary who wants to launch a rover into the moon by 2017 – and many, many more.

When Bernard Goh, founder of Hands Percussion group, ended the story of his journey by saying, “I’m a proud Malaysian”, his words echoed the sentiments of every Malaysian in the hall.

I’d like to single out the millennials instead of lumping them in the previous category because I think they’re so misunderstood and underrated.

Honestly, I’ve been guilty of slagging them off as privileged spoilt brats, but a recent study got me rethinking: maybe it’s not a bad thing, and maybe it’s not even their fault.

I was fascinated to read that because millennials are exposed to technology from a young age, they are “hyper-connected”. It is normal for them to spend between eight and 10 hours a day being connected to a tablet or smartphone or TV.

Yes, it can be frustrating to see them texting away at the dinner table. But the other positive consequence from this conditioning is that they demonstrate amplified multi-tasking abilities and are natural self-starters, which is why many of them end up as entrepreneurs.

Who else but millennials can demonstrate the kind of nerve, drive and energy needed to create industry-disrupting companies such as myBurgerlab, Christy Ng Shoes or Fashion Valet?

4. Our world knowledge is awesome

According to a survey somewhere, Malaysians are among the world’s most active social media users. OK, some cynics might say that it shows we’re narcissists and busybodies, but I think it demonstrates our healthy curiosity about the world around us. We love learning and travelling, adapt easily to other cultures and countries, and can express ourselves in a variety of languages. At the risk of sounding smug, how many nationalities can describe exactly what podhi idli, duck confit, nasi kerabu and Monk Jumped Over The Wall are – and claim they’ve tasted them all?

5. Our cultural scene is blooming

By the time this article is published, I would have watched a re-enactment of Italian opera La Boheme.

Next month, I’m going to KLPac again to catch Bolly-wood. From next month, there will be a five-week-long performing and visual arts programme called DiverseCity: The Kuala Lumpur International Arts Festival happening in our country.

If all that doesn’t tell you a thing or two about our blooming cultural scene, then I don’t know what does.

6. We are definitely modernising, but we have our hearts in heritage

Yes, every now and then, we read about idiots who tear down history-rich buildings. But that’s only one aspect of the story.

Increasingly, we are seeing the emergence of folks like the Sekeping Kong Heng founders. Initially, everyone (including me) thought they were crazy for investing millions in rehabilitating derelict pre-war buildings. But guess who is now hailing them as heroes for sparking Ipoh’s renaissance?

There are also people out there who are doing their bit to preserve traditional crafts – The Alphabet Press and Tanoti Crafts, for instance.

There are a whole lot of Malaysians who are in tune with their roots, and realise that the loss of heritage is irrecoverable.

7. Things are not perfect, which makes this the best place to be in, right now

The transport system is wonky, the political scene is a circus, the list of everything that’s wrong in Malaysia can go on and on. But you know what? That means things can only get better. Malaysians have short memories (sorry, but it’s true), so allow me to gently remind you that slightly over 20 years ago, we only had those pink mini- buses for fast transport. If somebody dares complain that our traffic jams are bad, I’ll drag that person by the ear to a few other countries I visited recently and show them what a really bad traffic jam is.

8. We can take defeat gracefully. Heck, we can even find a silver lining in a fake viral story

Like millions of Malaysians, my heart broke as Olympic gold eluded Datuk Lee Chong Wei for the third time. Shortly after, a letter supposedly written by Lin Dan professing their brotherhood went viral. I was one of many who fell for it, before the truth surfaced eventually.

To my surprise, my friends didn’t bash me up for walking around with rose-tinted glasses. Some agreed with me and explained our willingness to believe in a feel-good story as an attempt to heal our grief over his loss. To me, it’s solidarity, and maturity, at the highest level.

If I have one wish for this Merdeka, it’s that more Malaysians will rally together to push the needle forward even further. There are so many ways to make our country even more awesome. We can’t all be creators, but we can always support, promote and spread the word around – of the good work being done by good Malaysians out there.

Alexandra Wong (www.facebook.com/MadeinMalaysiabook) thinks that at 59 years, Malaysia is still a fairly young country. Because we’re young, we still have a whole bunch of teething problems. But because we’re young, there is so much more opportunity for all of us to contribute and make things better. 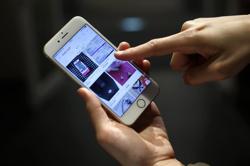 Is 10,000 daily steps really the magic number for better health?
Enlarging your breasts through surgery: What you need to know
Big Smile, No Teeth: All I want for Father's Day is my little boy calling me dad
Dealing with acne in your middle age (or older)
Human Writes: Our treatment of migrant workers will come back to haunt us
Tips on how to ensure the food you buy is safe
The danger that comes from rapid spread of misinformation
Should pregnant women get the Covid-19 vaccine?
Decriminalising suicide essential in mental health fight
Working out to look good? It's ok to be a little vain