We CAN save the Malayan tiger, we MUST do it now

The Malayan tiger is on the brink of extinction in the wild. Soon, we may be able to see them only at places like here, the National Zoo near Kuala Lumpur. Photo: EPA

Can the number of real tigers be doubled by 2022, the next Year of the Tiger?

The ambitious plan to double these majestic felines was part of the Declaration of Heads of Governments during the 2010 St. Petersburg Tiger Summit in Russia, when all 13 countries with tigers agreed on a ground-breaking Global Tiger Recovery Program.

ALSO READ: How one Malaysian bank is helping tiger conservation

Closer to home, however, Malaysia’s tiger numbers are thought to have plummeted from 500 in 2003 to an all-time low of about 250-340 in 2014. In fact, last year the Malayan tiger was re-classified to the status of “Critically Endangered” from “Endangered” within IUCN’s Red List of Threatened Species – this majestic creature is moving closer to the brink of extinction in the wild.

So one may ask: with such a bleak scenario, what’s there to celebrate about Global Tiger Day in Malaysia?

The ongoing conservation story of the Belum-Temenggor Forest Complex in northern Perak shows why we should strive harder than ever before to save our very own Harimau Malaya.

The World Wildlife Fund (WWF-Malaysia) has been working here since 2007, which spans an area of some 3,000sqkm – about four times the size of Singapore! This place includes the Royal Belum State Park (the second largest “protected area” in Peninsular Malaysia) and Temenggor Forest Reserve (the second largest “forest reserve” in Peninsular Malaysia).

Tigers in Malaysia need help if they are still to be a national symbol of Harimau Malaya. Photo: WWF-Malaysia/Christopher Wong

Back in 2008, Belum-Temenggor was identified as a priority area in our National Tiger Conservation Action Plan. But the actual status of tigers and their survival risk factors were unknown.

Over the years, WWF-Malaysia together with government partners – the Ministry of Natural Resources and Environment, Perak State Government, the Department of Wildlife and National Parks, the Perak State Parks Corporation and the Forestry Department of Perak – have been working towards saving tigers here.

There have been several major conservation initiatives here in recent years. These are: the gazettement of a critical “wildlife corridor” as Amanjaya Forest Reserve (by the Perak State Government) and the construction of a viaduct (by the Federal Government) so that wildlife can cross the East-West (Gerik-Jeli) Highway, which runs across the Belum-Temenggor Forest Complex.

The Ecology Corridor Viaduct at the East-West Highway near Banding, allows wild animals to walk below without crossing the highway. Photo: Bernama

Several logging road access points have also been closed off by the Perak State Forestry Department to reduce encroachment, whilst the Department of Wildlife and National Parks has successfully caught several poachers here. The Perak State Parks Corporation is also starting to use state-of-the-art SMART (Spatial Monitoring and Reporting Tool) for anti-poaching patrols within the Royal Belum State Park.

WWF-Malaysia is also currently doing scientific research on tigers in Belum-Temenggor. Every tiger has a unique stripe pattern (like our fingerprints). So, using remotely-triggered camera-traps, the number of tigers can be determined.

A total of 162 camera-traps were set in 81 locations across the Temenggor Forest Reserve, thus far capturing images of several tigers. Aside from that, the team trekked more than 1,000km looking for animal tracks and signs, to study animals that tigers prey on.

The Orang Asli are also involved. WWF-Malaysia has interviewed 459 villagers on conservation awareness. Two group discussions with 73 Orang Asli in Royal Belum State Park were held in 2016 to raise their participation in conservation efforts, discuss local issues, and to identify those interested in anti-poaching activities. A local informant/anti-poaching network and reporting system was established in January 2016.

Tigers are revered throughout Asia and are a symbol of strength and courage. Their depiction is often used in official emblems including Malaysia’s very own Coat of Arms or Jata Negara.

Tigers are apex predators sitting on top of the food chain, hence they play an important part in regulating the entire ecosystem. Having large territories, they are also an ideal “umbrella species”, meaning that protecting tigers will also protect the entire ecosystem. Healthy forests are important for humans too, as over two billion people rely on forests for shelter, livelihoods, water supply, food, and fuel!

WWF-Malaysia stresses the urgency for on-the-ground protection against poachers and wildlife traders/traffickers, particularly within the three priority sites for tigers (Belum-Temengor, Taman Negara and Endau-Rompin Forest Complexes). We again call for a thorough review of the National Tiger Conservation Action Plan.

We take this opportunity to urge other corporations to follow Maybank Foundation’s support for tigers in these trying economic times.

We also call for stronger political will and concerted efforts from all parties – government bodies, NGOs and the public – to stand united in fighting for the survival of these majestic animals. Please don’t let the Malayan tiger fade out of sight.

On this Global Tiger Day, we bid our fellow Malaysians to rally with us to save our tigers while we still can, for extinction is FOREVER.

We are running out of time, so it has to be now or never!

We CAN save the Malayan tiger , we MUST do it now 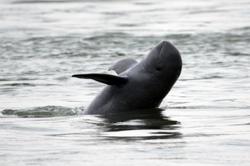 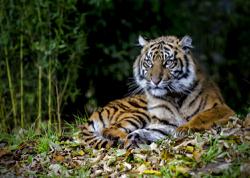