9 real haunted houses you can actually buy... if you dare

The Priestley House. Photo: The LineUp/Realtor.com

According to Realtor.com’s 2013 Haunted Housing Report, more than half of American home buyers are open to buying an abode that has a reputation for being haunted. Good thing, because the market for spooky homes is booming. Herewith, nine paranormal properties for those who don’t mind a little “morgue” with their mortgage.

Built by a Dr. James Priestley in 1852, this pillared property is up for grabs at the bargain price of just under a mill. Any realtor will tell you that its restored four bedrooms and four bathrooms radiate an old-world charm. Translation: It’s a 5,100-square-foot freaky-deaky paranormal playground. Both Dr. Priestley and his wife died there, and the home’s subsequent owners reported seeing her ghost several times. They also witnessed musical instruments playing on their own and candles dropping from their holders. Such activity prompted the TV show The Unexplained Files to investigate the Priestley House. You can read about its findings here.

This handsome slice of paranormal paradise comes equipped with a native stone fireplace—and reportedly the spirit of the man who once owned the estate. The name of that man? Henry William Steigel, an iron furnace company owner who got himself into some debt trouble while alive. Steigel can still be heard slamming doors and stomping up the stairs. In addition, legend has it that a man accidentally hanged himself outside the mansion with the reins of his spooked horse. Now he glides across the property – headless – while his would-be bride weeps from an upstairs window.

The Schweppe Mansion. Photo: The LineUp/Realtor.com

Tucked away in the lush woodlands just off the coast of Lake Michigan sits this waterfront English Tudor. A real gem, it was originally built as a wedding gift in 1917 for Laura and Charles Schweppe from her father John G. Shedd, the then-president of Marshall Field & Co. Unfortunately, 20 years thereafter, Laura suffered a heart attack and died. Four years later, servants found Charles with a self-inflicted gunshot wound to the head and an eerie note: “I’ve been awake all night. It’s terrible.” Though the reason for his suicide remains a mystery, some are convinced the couple reunited in the afterlife. Reports claim the eternal sweethearts now roam the halls, lurking in one of the mansion’s 10 bedrooms. Which one? Make a bid and find out.

The red brick and mortar make this Victorian house easy on the eyes, but it’s the devotion with which it was built that makes it a home. Constructed by George Starrett as a testament to the undying love he felt for his wife, Ann, the mansion lives up to its legacy. A male spirit accompanied by a red-haired female figure has been spotted on the property and is believed to be the Starretts. Then there’s the 70-foot domed tower decorated with painted figures inspired by Ann’s face. In realtor speak, the “frescoes of angelic maidens painted in Ann’s image will enchant you.” In reality, you shouldn’t be surprised if Ann’s ghost emerges from the walls and paralyses you with fear.

Scoop up this titanic Tudor and you also get 42 rooms of spectral terror. According to history, John Cleveland Osgood, a self-made man who made a fortune as an industrialist, owned the home from 1897 to 1902. Diagnosed with terminal cancer, Osgood died on-site, and his ghost reportedly still haunts all 23,000 square feet of the sprawling estate. Though the property saw some IRS trouble, it’s back on the market. And we hear there’s a certain eternal value in the land: Osgood’s ashes were scattered in the surrounding Crystal River Valley.

The Pillars Estate. Photo: The LineUp/Zillow

This Civil War-era estate is a hot spot for the dead. Over the years, its four walls have housed ghosts from all walks of life. Children phantoms may indulge you in a rousing game of hide-and-seek. A woman with a white parasol flutters around the six-acre lot. And an invisible presence likes to tickle the ivories in the mansion’s parlor. Currently, the estate serves as a bed and breakfast and rental space. Though we think the recently renovated triple-story charmer may just be the nightmare, er, dream home we’re after.

Those who like their sweet tea with a twist of lemon and a twisted story should request a tour of this 18th-century abode located on a quiet residential street in the heart of antebellum country. According to the listing, just three previous owners have occupied the space since its restoration and relocation, and, well, one can only assume that’s because it’s haunted. Apparently, before its relocation from Rhode Island in 1796, the home was the scene of several deaths, including suicide. Further, during reconstruction, workers unearthed one gruesome discovery: an ancient crypt. The crypt was reportedly empty, which only makes the account more chilling.

The Dakota. Photo: The LineUp/StreetEasy

Tourists come from all over the globe to take a selfie with the famed Gothic residence on New York City’s Upper West Side. It was the scene of John Lennon’s murder, after all. But it’s not the ghost of the Walrus that renters/buyers should worry about – though his widow, Yoko Ono, claims she’s seen him playing the piano inside the building postmortem. Rather, it’s the ghost that haunted Lennon, a spirit known as the Crying Lady Ghost, for which you’ll want to keep your eyes peeled should you take up residence.

The Turret House. Photo: The LineUp/Zillow

Realty agents can employ overly flattering language when describing a property. But with this turn-of-the-century Queen Anne Victorian haunt, the realtor tells it like it is. A direct quote from the sales page: “Beautiful front entry, beautifully landscaped, it is haunted.” We admire their candor. Adding to the Turret House’s paranormal lore are reports of footsteps and ghostly music emanating from vacant rooms – not to mention rumors that the grounds are littered with unmarked graves. Interested? – Reuters/The LineUp

9 real haunted houses you can actually buy... if you dare 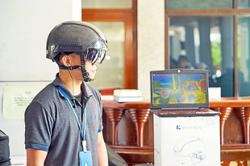 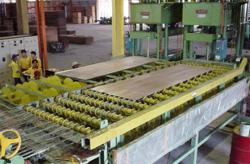