Tunnelling for the MRT has entered a smoother phase as machines prepare to leave Kuala Lumpur’s premier retail area.

Both machines are now firmly into the more predictable Kenny Hill formation for the rest of their journey, all the way until the completion of the project.

“With the completion of the karstic limestone stretch, our journey ahead will be much easier, and we do not foresee any tunnelling-related incidents and will complete all tunnelling works by the middle of next year,” said Datuk Paul Ha Tiing Tai, director of MMC-Gamuda KVMRT (T) Sdn Bhd (MGKT), the contractor responsible for the 9.5km underground stretch that includes seven stations. 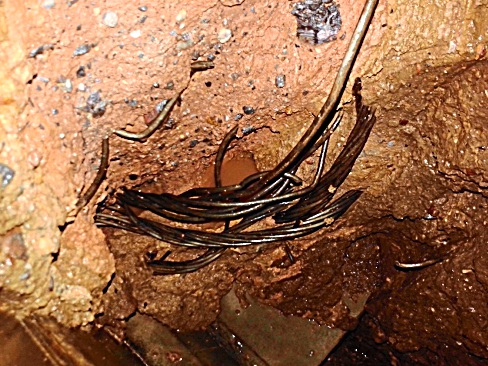 When the tunnel-boring machine’s cutterhead becomes entangled in high tensile steel ground anchor cables (above) left behind by previous contruction, a worker has to enter the excavation chamber (bottom) to laboriously cut the cables away manually.

The only significant sinkholes that developed were near Bangunan LTAT and the Audi showroom located at the intersection between Jalan Imbi and Jalan Bukit Bintang.

Karstic limestone underneath Kuala Lumpur is typically riddled with an unpredictable and an elaborate network of voids and cavities formed by erosion from slightly acidic rainwater or groundwater over a very long period. Some aboveground examples are Ipoh’s magnificent limestone hills that feature lots of interconnected cavities.

Because of such terrain, tunnelling for the fully-karstic 9.7km Stormwater Management And Road Tunnel (better known as the SMART Tunnel) produced more than 41 major sinkholes (counting minor ones, the number is closer to 140 incidents of ground subsidence). 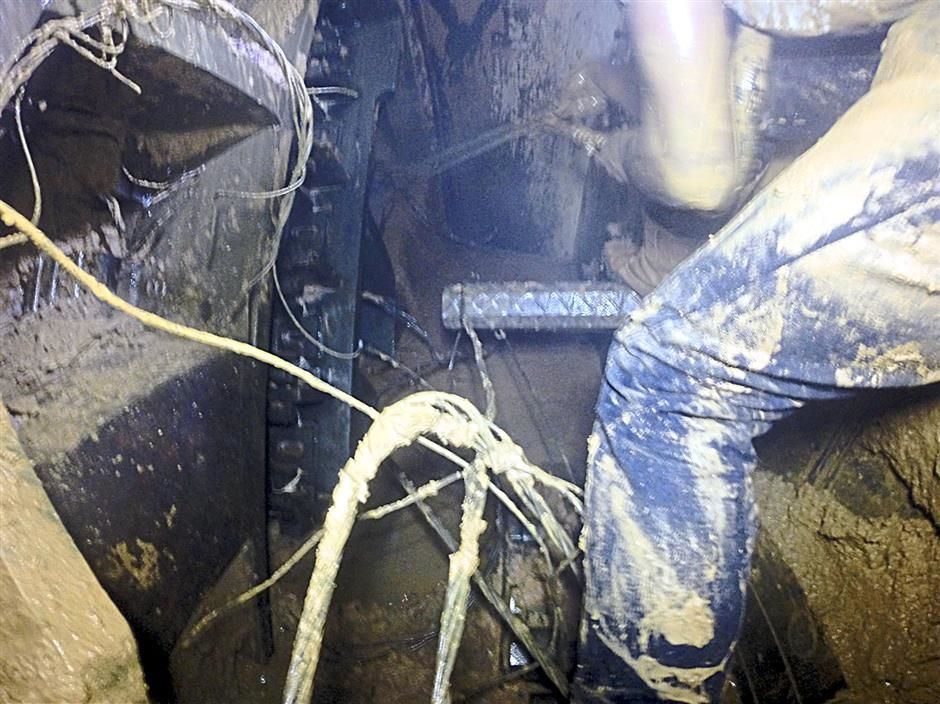 But there was a silver lining to all those incidents: MMC-Gamuda was also the contractor for SMART, and thus learnt valuable lessons that could then be applied while constructing the MRT tunnels.

“It was a challenging period then, and both our tunnelling and geotechnical teams were working hand in hand to ensure we would be able to cope with the varying karstic conditions,” said Ha.

As in any form of construction, safety remains the top priority for tunnelling. Tunnellers are sensitive to ground subsidence on a public road, as a vehicle travelling over a depression in the road can go off course and end up in an accident.

Taking care of safety is an emergency response team that is on the ground to spot any telltale signs of ground depressions or other incidents such as burst pipes and so on. When necessary, the affected lanes are closed off and traffic diverted according to plans pre-approved by City Hall (DBKL).

Beyond safety, DBKL also wanted MGKT to ensure that Jalan Bukit Bintang is not unduly clogged with traffic during construction, and that is a major challenge given that the area practically never goes to sleep.

Coming up with a traffic management scheme acceptable to DBKL proved to be no walk in the park.

“DBKL is very sensitive to traffic congestion, and there is absolutely no provision for MGKT to shut down Jalan Bukit Bintang for its work. But that means there is only a very tight corridor to divert the essentially non-stop traffic through the area.

“So everything has to be on top of each other, even the tunnels, which are stacked along this stretch instead of running side-by-side like at other places,” said Ha.

To ensure traffic flow around the area remained as smooth as possible, MGKT hired an independent traffic consultant.

“We had to videotape traffic flow for a few days before we implemented our proposed diversion plans, and then simulate the closures, and then videotape that to show that it works, before DBKL gave its approval to our traffic management plans for Bukit Bintang,” said Ha. 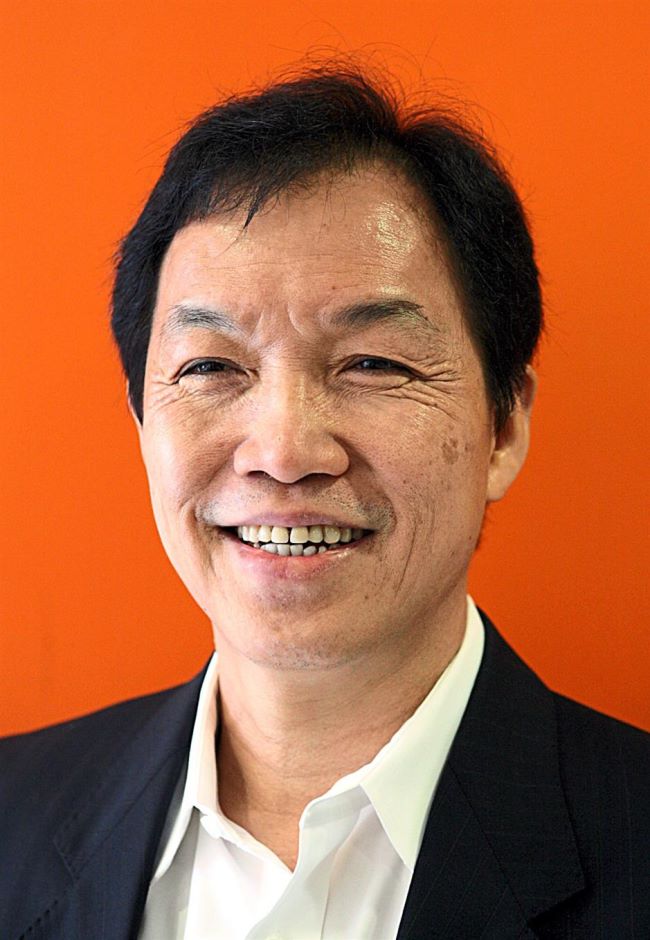 Datuk Paul Ha is confident that ‘the Sungai Buloh- Kajang line can be fully operational by July 2017’ — right on time.

“In fact, we managed to show DBKL the real source of traffic congestion around Jalan Bukit Bintang (lots of illegal parking on the road shoulder), especially the stretch near BB Plaza,” Ha added.

MGKT’s efforts at minimising the impact of construction were also recognised by stakeholders along Jalan Bukit Bintang.

“MGKT has taken safety measures to ensure pedestrian safety, such as having barriers to prevent jaywalking and placing temporary electronic signs for motorists in areas where work is being carried out,” said Joyce Yap, CEO of retail for Pavilion KL, a major mall on the shopping belt.

“The contractor communicated with us in advance of their works along Jalan Bukit Bintang, and throughout this period, they maintained their communication with us fairly well.

“This constant communication kept stakeholders updated on the progress of the project and enabled everyone to extend their cooperation.

“Kuala Lumpur welcomes the MRT, as it will greatly enhance the infrastructure and accessibility for the city,” said Yap, who noted that while inconvenience due to any construction is somewhat unavoidable, effort must be made to ensure minimum disruption to businesses.

The Westin Kuala Lumpur, a leading hotel along the road, is also another stakeholder that appreciates what the MRT will bring to the city.

“With all major infrastructure projects, there will be an impact that is experienced by the public. We understand that the MRT project will not only support an enhanced public transportation system but also improve traffic congestion in the Klang Valley,” said Lindsey Bradley, the hotel’s marketing communications manager.

According to project owner Mass Rapid Transit Corporation (MRTC), as of May 31, overall project completion stood at 45.6%, with the underground portion itself achieving 61.5% completion.

With surface problems largely taken care of, the only problems encountered by the tunnel boring machines have been relics from previous construction projects, such as ground anchor cables that were not removed, despite legislation requiring contractors to do so.

And there is every reason for MGKT to believe that some contractors left behind a significant number of ground anchors after the completion of their projects.

“It does not matter how high the building is, as long as it has basements, then there is always the chance that there are ground anchors that were left behind,” said Ha.

According to Ha, there have been at least five occasions when the tunnel boring machine (TBM) had to be stopped when ground anchor cables became entangled with the machine’s cutterhead.

“When that happens, the contents of the excavation chamber has to be cleared so that men can get into the chamber to cut off the tangled mess. These unplanned stoppages cost us time.”

Here, Ha wanted to record his appreciation for the traffic police, DBKL, Tenaga Nasional Bhd, Syabas Sdn Bhd, and telecommunications providers for the relatively smooth passage of the TBMs.

Progressing at a rate of roughly 10m a day each, both TBMs could effectively be out of Jalan Bukit Bintang by the end of October or, at the latest, by November.

“We do not foresee any problems from now on for the rest of the tunnelling programme, and we are confident that the Sungai Buloh-Kajang line can be fully operational by July 2017,” said Ha.