Voice actor Roger Craig Smith (below) says the folks behind the 'Avengers Assemble' cartoon take great pains to ensure that Captain America is the square-jawed boy scout generations have come to know and love.

PUBLIC awareness of Captain America has skyrocketed faster than a speeding bullet in recent years thanks to the success of the live-action films Marvel’s The Avengers and Captain America: The First Avenger. As the voice behind Steve Rogers in Disney XD’s Avengers Assemble cartoon, Roger Craig Smith was faced with a conundrum – should he stick to what the live-action Cap sounds like, or put his own spin on the character?

“We are very conscious of the fact that there is an audience out there that is very aware of the popularity of the live-action films. But we are not trying to emulate or mimic them in any way,” he said in a phone interview from the United States. 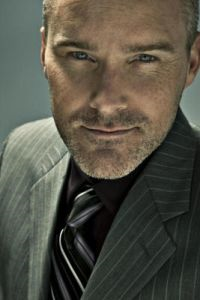 According to him, the cartoon version of Captain America is more of a boy scout than his live-action counterpart, which is unsurprising considering that it is a cartoon aimed at children after all.

“Our version of Cap has tremendous experience being a leader, and definitely does things by the book, always has a definitive plan of attack, and an organised approach,” said Smith.

“He is also having trouble with having to work with Tony Stark and co-lead the team, and accepting that other members of the team have a different approach to things.

“But at his core, he is still the model boy scout and military guy we’ve all come to love throughout all the different generations of the comics and movies.”

Besides being the voice of Captain America in both Disney XD’s Ultimate Spider-Man and Avengers Assembleseries, Smith is also the current voice behind Chris Redfield in the Resident Evil videogame series, Ezio Auditore da Firenze in the Assassin’s Creed games, and Batman in Batman: Arkham Origins.

With Cap being one of the more morally upright characters in Marvel, Smith also feels a responsibility to uphold the values the good captain represents. “I know there are people who adore these characters. Anytime you take on a role like Captain America, there are people out there who want to know that the people responsible for bringing these characters to life have a reverence for the character, from the animators to the voice actors to the writers.

“I try to be very mindful of the character’s integrity, knowing full well that I’ve been hired to do this and it’s my responsibility to behave accordingly and not embarrass the company or the character. So if you follow me on Twitter, you won’t find a lot of questionable material!” he said with a laugh.

“I try not to over-prepare for the job, because I know that once I get into the (sound recording) booth, any choices I might make as a voice actor could very easily be completely wrong, or altered once I get in there. The fact that I get to be the vocal cords behind it is a blast, but everyone is responsible for the character.”

Doesn’t he find Captain America just a bit too upright and goody two-shoes? Doesn’t he wish he could deviate from the script sometimes, and spice things up a little?

“Sure, if I were doing Hawkeye, then that would be a character that is spicier. But I’m proud to be the voice of Captain America, and we keep him square-jawed, by the book and by the rules because we don’t want to do a disservice to these characters.”

Having done so many voices, Smith reckons it’s impossible to decide which one is his favourite. One thing is for sure, though – he definitely loves his job.

“Not a day goes by where I don’t pinch myself and say ‘I cannot believe this is what I do as a job’,” he said. “I get to use my voice for so many characters and appear in commercials ... but to get to be Captain America ... to take my voice and put it to such an iconic character, it’s incredible. It is a big, big honour for me.”

There are many types of drugs available to treat high blood pressure
Listening the right way can be a great gift to your loved ones
Thinking about dying can spur you to live a better life
These nutrients may help to combat depression
Let's hear it for better cybersecurity
World Sake Day: A simple guide to this traditional Japanese drink
How to handle conflicts with your teen
Osteoporosis: When there are holes in my bones
Enabling a culture of safety in healthcare
Holiday from hell in Romania: Cashless and living in four-day-old clothes