It takes more than charity to address the issue of poverty. A recent workshop shed light on how public policies should consider and impact the urban poor.

MOST of us would applaud charitable actions like giving food to the poor, right? But Josie Fernandez hates it when she hears of orang asal communities being given handouts, especially food.

This is because a visit to an orang asal village in Tanjung Malim, Perak, many years ago made her rethink what the word “poor” means to different communities. The orang asal might live very sparsely by hunting, growing their own crops, fishing, and sharing whatever food they can harvest, but does that mean they are poor?

“While they spoke a lot then about sharing (including the occasional hampers that came from well-meaning folk), they did not once raise concerns that they were poor. It struck me that we were the ones who brought them the notion of being trapped in poverty, and the subsequent answer to solving that ‘problem’ is charity. 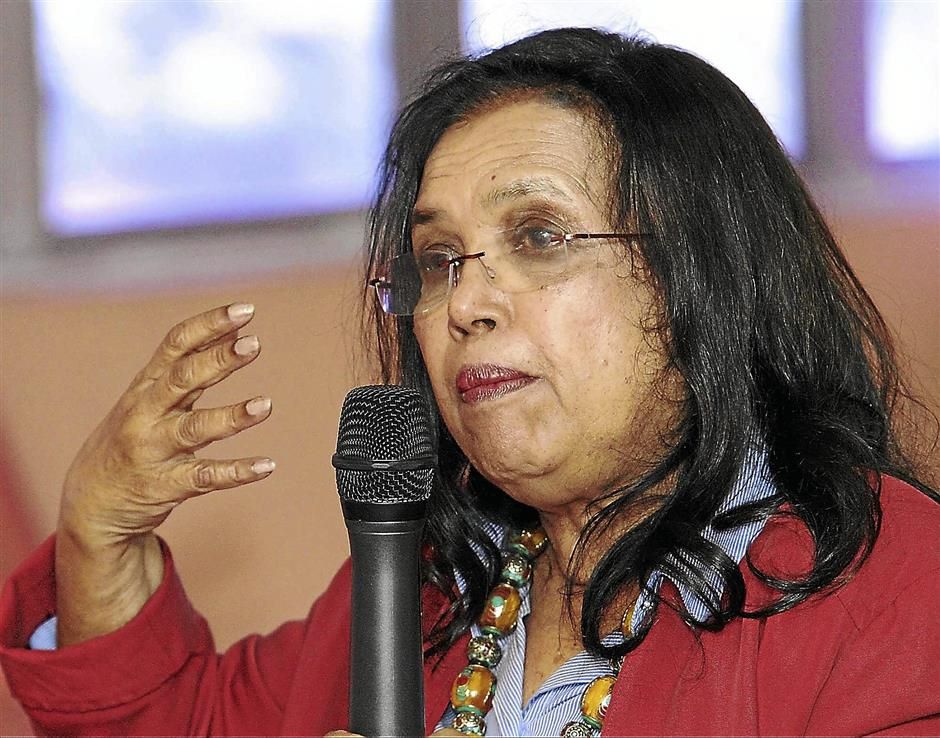 Josie Fernandez says the for too long, the fundamental flaw has been rooted in the belief that charity will help resolve the issue of poverty.

“Deforestation and land grabs have forced them out of lands that they used to depend on for their survival and income, and shifting them into boxy terrace houses without livelihood options only drives them to become part of the country’s urban poor. There are utility bills to be paid, for example, but how can they afford to do that when they have little equitable access to employment?” says Fernandez, an activist, researcher and advocate of causes relating to indigenous people, the environment and anti-corruption.

As well as being the special representative for the Society for Rights of Indigenous People of Sarawak (SCRIPS), Fernandez has worked with various orang asal groups like the Jakun of Tasik Chini, Pahang, on gaining rights rather than handouts.

Though handouts and other charitable acts are done out of kindness, the supplies – especially food supplies – can realistically last only a few days while the orang asal’s situation will not change in the long run, she points out.

“For too long, the fundamental flaw has been rooted in the belief that charity will help resolve the issue of poverty,” says Fernandez.

“But we can never have successful poverty eradication programmes if the poor have no claims to rights that are provided for judicially and constitutionally. The rights to land, food and water, housing, education and healthcare must be equally available to all so that people can live lives of dignity. 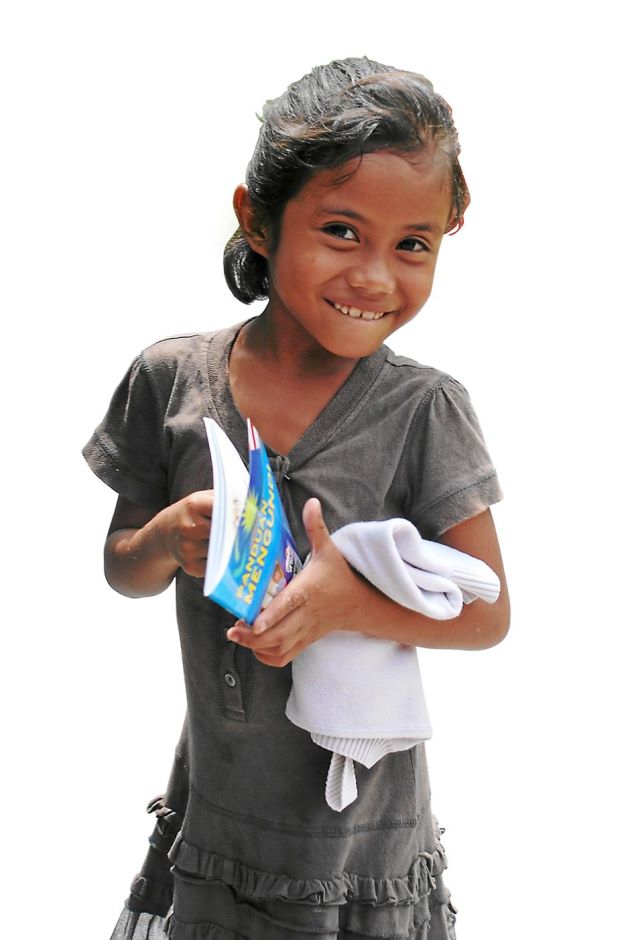 What’s in her future: It’s easy to put smiles on the faces of orang asal children like this one with hampers
and handouts. But charity isn’t a sustainable solution to the problem of poverty. – File photo

“Merely providing for the minimum human existence pushes people into the mindset of constantly seeking bantuan (assistance). When they queue up for bantuan, it’s an indication that people do not have enough to feed their families.

“Do our policymakers formulate and implement policies that emphasise these rights with a framework that translates into social and economic justice for everyone?

“It must also be stressed that political justice means that no one, especially the poor, should be excluded from political participation as it is politics that will shape the implementation of legal and institutional policies. We need bureaucrats who understand the language of rights in order to develop policies that will ensure a (good) quality of life for all Malaysians.

“While strategic philanthropy may be used to empower communities towards sustainability, charity has no place in poverty eradication,” she reiterates.

Fernandez was speaking to an audience made up of representatives from non-governmental organisations and government departments at a recent workshop on urban poverty, public policy and community-based development. It was organised jointly by COMMACT (the Common Wealth Network for People-Centred Development) Malaysia and the Economics Faculty and the Institute of Ethnic Studies of Universiti Kebangsaan Malaysia.

Commact Malaysia president Prof Datuk Yusof Karim, in delivering his paper entitled “People-Centred Development as the Core Thrust of Public Policy”, stressed that there is a real need to shift the country’s current production-centred development to people-centred development.

“People-centred development necessitates the participation of locals in any development initiative process and decision-making. Essentially, this makes the people the beneficiaries, giving them a say in the use of resources.

“A development can only be effective if it’s based on people’s wants and needs rather than our pre-conceived ideas about what they want. Right now, people-centred development is placed on the periphery of the process rather than the centre,” says Prof Yusof, a development economist who has been researching poverty for much of his academic life.

Some of his studies reveal “a disparity between statistical figures compiled on the poor and realistic figures on ground”. For instance, many of the urban poor we see nowadays are people who have migrated from rural areas. His studies have also shown that the poor are not the old but young men who have no skills or resources.

As such, Prof Yusof asks why we are not addressing the very root of the problem: what is lacking in rural areas that is making people move into urban areas?

He says people-centred development should be made the core thrust of public policy because the well-being of mankind is the essence of development. And while economic growth is recognised as a necessity, it is not sufficient to eradicate poverty without the integration of economic and social policies.

“Development should be inclusive, not exclusive. The way forward is to allow people to have more say, and we should seek to blend the desirable and feasible. This calls for us to intensify efforts that will increase awareness about people-centred developments.”

Also present at the workshop was UKM’s Institute of Ethnic Studies principal research fellow and Society for the Promotion of Human Rights secretary-general Datuk Dr Denison Jayasooria who pointed out that one of the most prominent urban poor groups are the low-cost flat dwellers, those who have been resettled originally from squatter areas and, later, temporary longhouses.

“For many of them, high-rise living is not by choice but a matter of public policy,” he says.

His group did a community neighbourhood profile questionnaire among nine low-cost flats – five in Selangor, two in Kuala Lumpur, and one each in Perak and Penang – to identify the positive aspects of urban flat living and challenges these flat-dwellers face.

The study revealed that there are four main issues plaguing the flat-dwellers: a low quality of life, lack of infrastructure, a lack of communal living, and an increase in social ills; another problem raised was the lack of recognition of grassroot leaders. For these people accustomed to village-style communal living, one of the worst aspects of living in these low-cost high-rises is the vanishing sense of belonging and identity.

“We can reach the status of a high-income nation but if nothing is done to address these grave issues, then what we’ll eventually have are ghettos where children of these backgrounds may never achieve the kind of academic performance of their peers from middle or high-income families, and the hidden poor suffer in silence. Statistics may show a low poverty (rate) but in reality, deprivation persists,” he says, adding that income alone isn’t a sufficient measure of poverty, there has to be a more multi-faceted approach that involves a whole complex system of public policy.

“The only way for social mobility to take place is through education, skills training and better job placements,” Dr Jayasooria says.

Bukit Gasing assemblyman Rajiv Rishakaran, the workshop’s last speaker, said the challenge in moving forward with public housing is that many have no passion to deal with people who are in need of these housing. “It’s not about the standard operating procedures. Most of the (low-cost flat) dwellers have no understanding of how the procedures work, while there’s also frustration on the government end when the monthly rental fees are not paid.

“The dilemma is if these tenants should be evicted, where would or could they go? A lot of misunderstanding still happens between government mechanisms and the very people who require its services.

“We also do not have officers on the ground to look into (collection of) the rental payments, and evaluating people who have been previously assisted to see if they have risen up the economic chain,” he explains.