The universe of Playmobil’s cheerful little toy people is constantly expanding as it hits the four-decade mark.

DEEP in the Bavarian countryside lies the home of German toymaker Playmobil, the centre of a universe of little plastic people who turn 40 next year but haven’t aged a bit.

The nondescript building in Zirndorf is the birthplace of Playmobil’s 7.5cm (3in) figurines with their signature round heads and smiling faces as simple as a child’s drawing.

Since the first trio of them – a Native American warrior, a Medieval knight and a hard-hat construction worker – hit store shelves in 1974, they have enthralled children with scores of themes, from police to pirates. 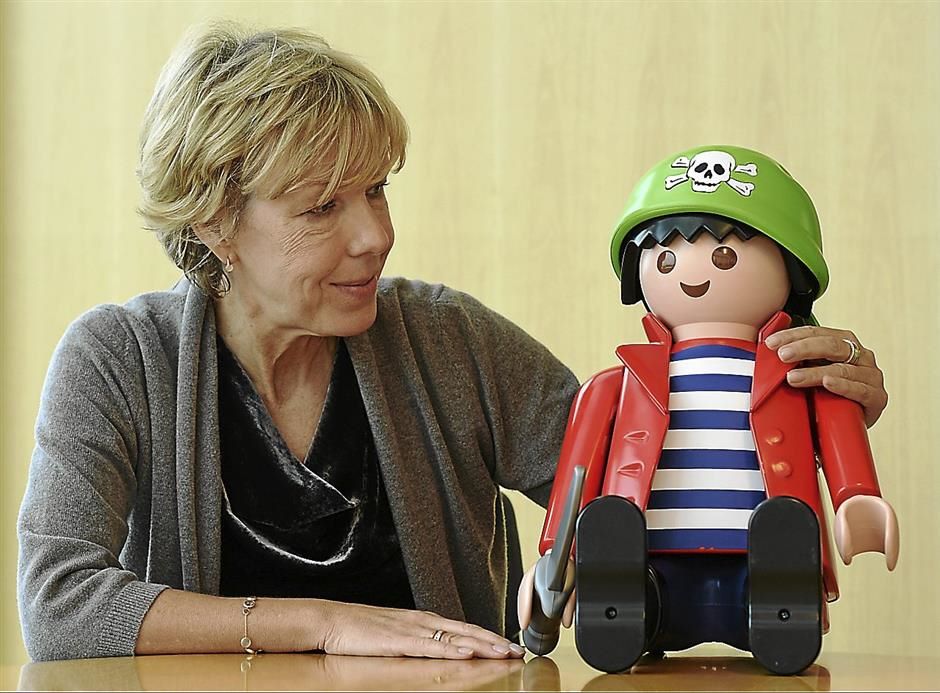 'Playmobil found the key to a child’s imagination in 1974 and it still holds it today,' says chief executive Andrea Schauer, seen here with a giant plastic Rico toy figure.

“To create a new Playmobil universe takes about two years,” said Bernhard Hane, the company’s head of development, as he led AFP backstage into the birthplace of the little fellows.

Inside, corridors are lined with rows of drawers that contain 35,000 tiny accessories – from swords and armour to magnifying glasses to mini-toothbrushes – all designed to clip into the hands of the colourful characters.

In a workshop, employees use machine tools to create moulds for new toy sets, the treasures of the company, which can cost up to 180,000 euros (RM806,000) and are a bulwark against counterfeiting.

The focus is on accuracy. All Playmobil figures, of which 2.6 billion units have been made so far, must be compatible with all accessories and scenery sets, from Wild West towns and castles to zoos and space stations.

Unlike most toy brands, Playmobil produces not in Asia but in Europe.

The figures are manufactured in Malta, while animals and larger pieces, such as the ever-popular pirate ship, are made in a factory in Dietenhofen, Bavaria. 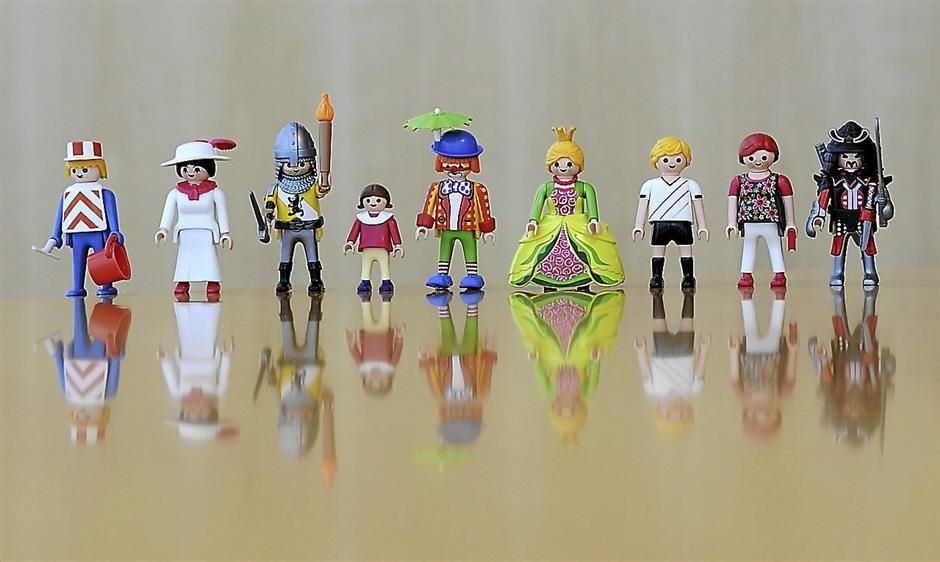 Timeless toys: Every accessory in the Playmobil line is compatible with every figure, from swords and armour to mini-toothbrushes. -AFP Photos

The products are assembled in the Czech Republic, then shipped back to Dietenhofen where they are packaged and stored in a warehouse as high as a 12-storey building.

Nearby, in the southwestern city of Speyer, a local museum has devoted an exhibition to Playmobil, which after four decades is going strong.

Two-thirds of the sales are in Germany and France and, while the figures’ success in Asia has been limited so far, the company sees further growth prospects in Europe and the United States.

For kids of all ages

The toys target children aged four to 12, while some lines have been made for toddlers.

There have been spin-off video games and animation DVDs, and a TV miniseries starring the little characters is to launch next year.

For the family company Geobra Brandstaetter, which makes the Playmobil line and now employs about 3,700 staff, the little plastic people brought salvation in the 1970s, when the oil crisis drove up the cost of manufacturing plastic products. 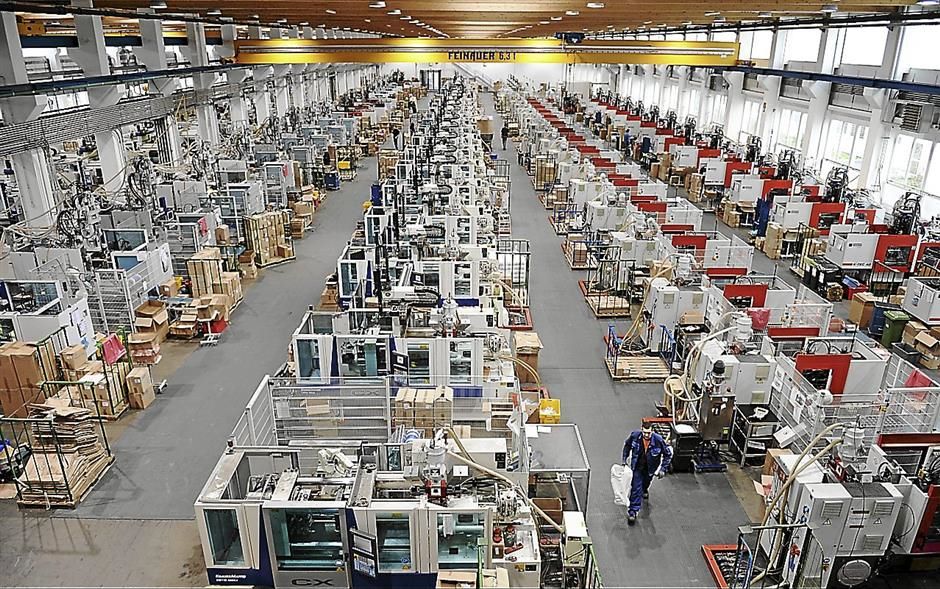 The figurines were the brainchild of mould designer Hans Beck, who used minimal amounts of plastic for a big idea.

“Playmobil found the key to a child’s imagination in 1974 and it still holds it today,” said chief executive Andrea Schauer, explaining its enduring success in a faddish and competitive sector.

In a world filled with high-tech sounds and screens, the brand continues to build on the simplicity of its characters to leave room for the imagination.

“The heart of Playmobil is role-playing,” she said. “Children bring to life the stories they have in their minds.” – AFP