Work out to the beat of your playlist! 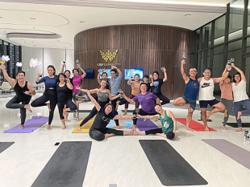 It’s important to choose the right playlist to enhance your workout. — AFP

Music makes the world go round; it touches us emotionally where words alone can’t.

It can also silence the mind’s idle chatter, move us physically, relieve the boredom of routine exercises and motivate us to do better.

Motivation aside, music that is synchronised with your exercise can have positive physical and psychological effects.

That’s why many of us plug our earphones or headphones while jogging, cycling or walking.

Besides, the body has an easier time following music than thoughts or the sounds of one’s own breath.

Any song with a strong, steady beat can inspire you to move harder or bigger.

It can also help increase your endurance levels by up to 15%.

Studies show that faster-paced music tends to help improve athletic performance when a person engages in low-to-moderate level exercise, either by increasing the distance travelled, pace or repetitions completed.

A 2006 study on The effects of music tempo and loudness level on treadmill exercise, published in the Ergonomics journal, looked at the effect of music on the selection of treadmill speed.

Results found that while listening to fast-paced music, participants increased their pace and distance travelled without becoming exhausted.

Generally, when listening to music, people tend to run further, bike longer and swim faster than usual, often without realising it.

Costas Karageorghis of Brunel University in London, United Kingdom, one of the world’s leading experts on the psychology of exercise music, wrote that one could think of music as “a type of legal performance-enhancing drug”.

Similarly, relaxing music helps you cool down after a sweaty workout or unwind in a yoga class.

Here are a few reasons why you should consider having a playlist when you work out. Relaxing music can help you unwind and bring your heart rate down faster than silence or the sounds of nature. — AFP

A tune can make us feel happy, sad, angry, empowered or motivated.

When you’re down and out, uplifting music can help you get out of the dumps.

Certain songs open the mental floodgates with which people control their emotions in everyday situations.

If one strongly identifies with the singer’s emotions or perspective, the song becomes all the more motivational.

As English novelist George Eliot once said, “Life seems to go on without effort when I am filled with music.”

Music competes with the sensations of working out and often wins your attention, distracting you from negative thoughts and emotions.

Ever notice how after a bad day, when you get out your playlist, put on your earphones and go for a walk/run, you immediately feel better afterwards?

For those who are unfamiliar with this process, it’s a “meditative” sort of experience and you emerge in a much better mood.

The benefits of distraction are most pronounced during low- to moderate-intensity exercise.

When up against high-intensity exercise, music loses its power to override the physical feelings of tiredness, but it can still change the way people respond to that fatigue.

The right music elevates mood and persuades people to ride out waves of exhaustion, rather than giving up.

However, although music can be a distraction, it is also important to listen to your body.

Sharp, stabbing, shooting or extreme fatigue are warning signs that need to be monitored, so pay attention and adjust your workout accordingly.

If the pain persists, stop.

Music ignites in us a gamut of feelings – you’ve definitely experienced this while watching cartoons, romances, thrillers and tear-jerkers, especially Bollywood and Kollywood ones!

It can make us feel pleasure or displeasure, change our thought processes, and believe it or not, actually change our behaviour!

This effect can be seen by physical changes in hormone levels.

A 2012 study titled Music, brain and health: Exploring biological foundations of music’s health effects showed that participants who listened to music they deemed “pleasing” had higher levels of serotonin – the key hormone that stabilises our mood, feelings of wellbeing and happiness.

Researchers suggest that the pleasurable experience of listening to the “right” song can result in an increase in serotonin levels, which then makes you feel good and puts you in a better mood for your workout. When the body is in sync with music, people often experience a boost in self-confidence. — Filepic

Some people just have a natural rhythm and their body parts are well coordinated.

But not everyone is born this way.

If you have two left feet, fret not, as exercising to music can apparently help motor and movement coordination.

This is especially so when moving to the beat of the music during a group fitness class such as Zumba, body combat or dance aerobics.

When the body is in sync with the music, people often experience a boost in self-confidence, which creates a positive association with exercise.

Whether you’re doing the move right or wrong, a tad slower or faster, you will definitely be fired up and leave the class in a happier state.

In time and with practice, your motor skills will improve.

Although many people do not feel the need to run or move in exact time with their workout music, synchrony may help the body use energy more efficiently.

When moving rhythmically to a beat, the body may not have to make as many adjustments to coordinated movements as it would without regular external cues.

Music, it seems, can function as a metronome, helping someone maintain a steady pace – reducing false steps and decreasing energy expenditure, hence allowing you to use less oxygen. In group fitness classes, a charged-up instructor along with pulsating music can motivate you to push harder without feeling tired. — Filepic

It’s a two-in-one benefit when you pair music with exercise as your brain also gets a workout.

“Musical activity involves nearly every region of the brain that we know about, and nearly every neural subsystem,” writes Daniel J. Levitin in his book This Is Your Brain On Music.

Part of your brain decodes pitch and tempo, while other parts are stimulated by lyrics.

For some, the speed and flow of the lyrics supersede the underlying beat: e.g. they work out to rap songs with dense, swiftly-spoken lyrics on top of a relatively mellow melody.

He reportedly listened to hip-hop music before his races in order to get focused and psyched up.

This involved narrowing his attention to focus on rapper Lil’ Wayne’s lyrics: “Yes, I’m the best, and no, I ain’t positive, I’m definite I know the game like I’m reffing it.”

Some findings suggest that most people have a preference to music that is played at a certain rhythm, with the most popular being 120 beats per minute (bpm).

Among the songs in this category are Lady Gaga’s Bad Romance, Journey’s Don’t Stop Believing and Shakira’s Waka Waka.

When devising your own music playlist, do take into consideration the type of mindset you want to achieve for a particular workout.

Thus, if your movements are steady and rhythmic, the music should not have fluctuations in tempo; rather, it should parallel the speed of your own movements.

So, go ahead, create your preferred playlist and flex your biceps to the beat of a song.

Just keep the volume down to protect your eardrums.

Top 10 predicted fitness trends for 2022: Home gyms are in, online classes are out

Sitting too long is bad for your joints 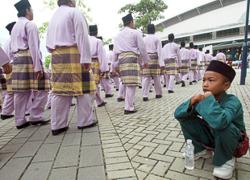 Doing squats the Asian way
Explainer: What is monkeypox and where is it spreading?
Vegan diets help lower weight and manage diabetes
What happens when your liver fails
Pollution caused one in six deaths globally, over 9 million in total, study says
Are your water filters genuine or fake? Here's how you can tell Premium
Five new organs and one year later...
Seven hours of sleep ideal for the middle-aged and older
Adopting a plant-based diet has multiple benefits
Mysterious hepatitis cases in children