I read that people who do not wear masks when they go outside have some sociopathic tendencies. What is a sociopath?

A sociopath is someone who has antisocial personality disorder (ASPD).

In general, someone who is a sociopath cannot understand someone else’s feelings or empathise with others.

They like breaking rules and making impulsive decisions without feeling guilty for the harm they cause others.

They can be charismatic and charming, but they also like to use mind games to control other people around them, which may include their family members, colleagues, friends, and even total strangers.

They may have problems with drugs and alcohol, and breaking the law.

Is this a psychiatric problem?

There is a range of sociopathic symptoms, and some people merely have certain tendencies and traits, but are not completely sociopathic.

And you usually do not realise that you are doing it.

According to the Diagnostic and Statistical Manual of Mental Disorders (the handbook used by most health professionals to diagnose mental illness), a person has to consistently exhibit three out of these seven traits to be diagnosed as a sociopath:

You also have to be over 18 in order to be diagnosed a sociopath.

I know some people who have some tendencies like that, but they are not extreme enough to have warranted arrest or sacking from the job. Are there other things that might indicate they are sociopaths?

Some people who have sociopathic tendencies can also be quite “cold”.

They don’t show emotions, neither are they emotionally invested in other people.

They may use charm, humour and wit to manipulate other people for their own personal gain.

They feel superior to the rest of us, and they are very opinionated.

They cannot keep positive friendships and relationships, and they cannot learn from mistakes.

They like to control other people by frightening them or threatening them, e.g. a parent who always tells a child they will disown them or kick them out of the house if the child does not behave a certain way.

They like to take risks, even though they can get into legal or criminal trouble, and cause risks for others.

They like to threaten suicide without really going through with it.

They can become addicted to drugs or alcohol.

So what is the difference between a sociopath and a psychopath?

In the psychiatric sense, there is no difference. They are both terms that are used to describe people who have ASPD.

Some people say that psychopaths have more severe symptoms and behave more extremely towards the end of the spectrum, such as being very violent and putting others in physical danger.

Sociopaths are then described as those who have some of the symptoms, but behave at a more minor level that does not cause serious physical harm or distress to other people.

However, you will see that the thought pattern and the lack of remorse is the same in the psychiatric evaluation sense.

My brother is extremely mean and selfish. Is he a sociopath?

The diagnosis of ASPD can only be given to someone who not only continuously exhibits the symptoms mentioned above, but also cannot change their behaviour, even though they are punished for it or have suffered negative consequences from it.

Someone who is merely selfish may lose friendships or destroy relationships, but can learn that it has negative consequences and attempt to change their ways, so that is not sociopathic behaviour.

Sociopathic people cannot change their ways or behaviour, even when it is damaging to them.

Are Malaysians practising practical ways to improve our quality of life? 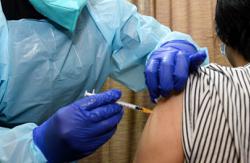