One of the ways we can help to mitigate climate change on an individual level is to reduce our use of energy. — Filepic

If we were to shift our gaze away from the chaos of domestic politics, we would realise soon enough that such chaos has been affecting nature on a global scale.

From forest fires in places as diverse as California in the United States and Greece, and Siberia’s ground surface temperature of 47.8ºC in Russia, to floods devastating Germany and rain falling at the summit of Greenland (instead of snow) for the first time in recorded history, there is increasing evidence that climate change is beginning to impact us far more noticeably.

A report issued earlier this month (August 2021) by the Intergovernmental Panel on Climate Change (IPCC) stated that even if nations were to start sharply reducing fossil fuel emissions today, total global warming is likely to rise around 1.5ºC within the next two decades.

This will have profound effect on not only the planet’s health, but also those of individuals.

It may not seem like much, but an increase of 1.5ºC in the planet’s temperature will lead to nearly one billion people suffering from more frequent life-threatening heat waves.

Deaths from heat waves are not very common in Malaysia at the moment, as we do have mitigating factors such as air-conditioning.

However, increasing levels of heat do lead to heat stroke and dehydration, with resulting stress on our cardiovascular, respiratory and cerebrovascular systems.

Those most likely to be affected are at the extremes of age (young children and the elderly), those with underlying medical diseases, pregnant women and individuals who work outdoors.

There will be a socioeconomic divide as blue collar workers, such as those at construction sites, are more likely to be affected, just as those who are homeless or live in low-income households will be more likely exposed to the impact of increasing heat. 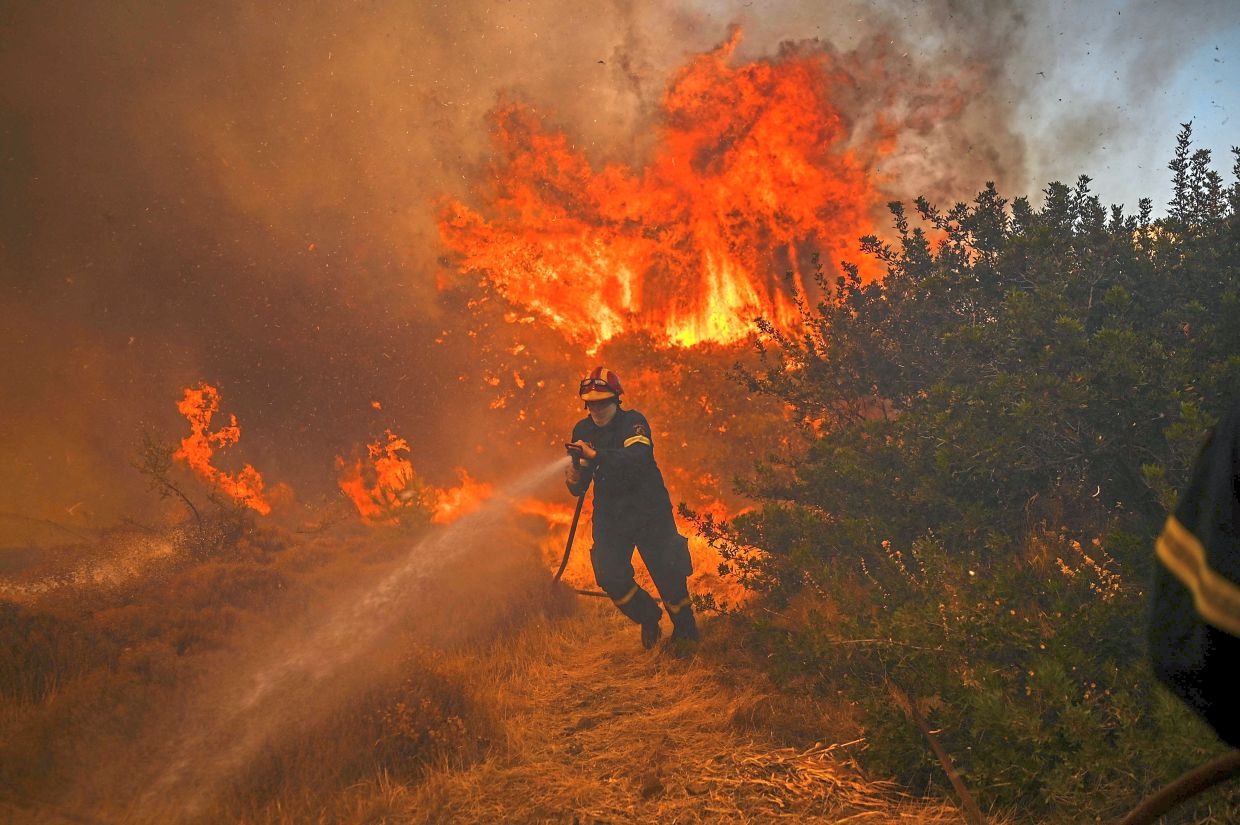 Wildfires have severely impacted many countries this month, including Greece, as seen here. — AFP

A study published in April (2021) estimated that more than 10 million people die from air pollution every year.

The aforementioned fires have a very physical impact on our breathing, but increasingly warm temperatures and a change in weather patterns have an impact on our health as well.

Although there are various pollutants, fine particulate matter smaller than 2.5 micrometers (about one ten-thousandth of an inch) have particularly bad effects on the human body.

They can originate from wildfire smoke, but also from the burning of fossil fuels.

These particles may be emitted directly, but in some cases, they are formed in the atmosphere from chemical reactions of various gases.

As the lungs are the first point of entry into the body, they are usually the first affected organ.

Some individuals develop bronchitis, and even eventually, lung cancer.

Those with underlying respiratory diseases such as asthma, chronic obstructive pulmonary disease and lung fibrosis are at higher risk of complications.

The pollutants can also move from the lungs to the bloodstream, affecting the circulation and other organs such as the heart and brain.

Air pollution affects us both outdoors and indoors.

Nobody in society is exempted from its effects, from unborn babies to the elderly.

As always, there are socioeconomic correlations to the degree of exposure, with those living near, or regularly exposed to, heavy traffic being at a disadvantageous position.

Climate change can impact the type of food grown, its availability, access to quality produce, and the stability of supply chains and storage.

These crops can disappear in seconds during a natural disaster, but will take months to years to replace.

Seafood too is threatened from ever increasing changes in the temperature, salinity and acidity of the sea.

Alongside a drop in crop output, undernutrition, malnutrition and higher food prices will likely lead to increasing food security concerns.

This is on top of a background of one in five children in Malaysia already suffering from stunting.

Unfortunately, agriculture is also a contributor to greenhouse gas emissions, particularly in the livestock industry.

There is also a huge amount of waste.

We not only overspend and underutilise the food we purchase, but approximately two-thirds of food is lost and wasted from farm to table.

Images of the gushing brown water from recent floods in Kedah paint a vivid picture on how environmental events can affect the cleanliness and availability of clean water.

Severe storms in cities can cause sewerage systems to overflow.

And it is estimated that this will increase to up to one billion individuals by 2050.

Post-disaster population congestion can also lead to an increase in infectious disease spread (particularly in the context of the Covid-19 pandemic), especially water and vector-borne illnesses.

These are likely to increase as we head into the monsoon season. 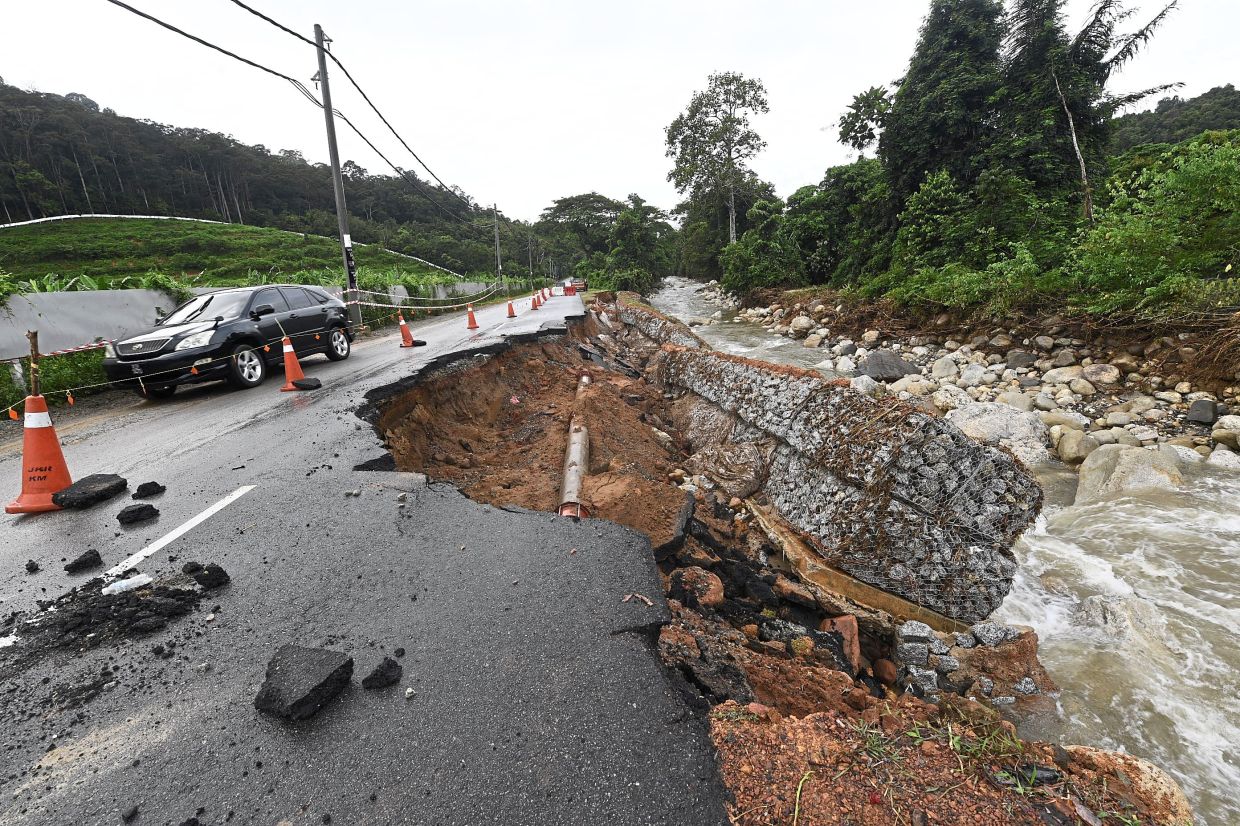 The impact of floods on physical infrastructure can affect the supply of clean water to those in the surrounding areas. — Bernama

What can you do?

It may seem that climate change is too large a problem for any one individual or nation.

Indeed, the complex nature of the issue makes it easier to kick down the road for another generation to solve.

However, it is likely that those alive today are the last ones who have an opportunity to do something about climate change before its damage becomes irreversible.

The Grantham Institute – Imperial College London’s hub for climate change and the environment – has advocated nine relatively simple things that we can do at an individual level to reduce the impact of climate change.

The issues at play are definitely more extensive than what can be covered in a single article.

Suffice to say, our health is intimately linked to that of our planet’s, and it is going to take a holistic, all-of-society approach to minimise the impact of climate change on this and the next generations. 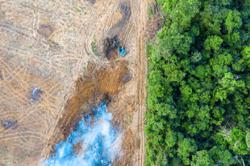 Housework linked to sharper memory and better falls protection in older adults
Is it healthy for kids to be vegetarians?
Men, don’t ignore your symptoms - it could result in sudden death
Does having chicken soup for your cold really help?
When food poisoning causes a high fever
Will my child's fertility be affected by the Covid-19 vaccines?
Helping abused children cope with the emotional consequences
When will we know the Covid-19 pandemic is over? Premium
You may have heart disease, but exercising is still good for you
Reducing the harm from tobacco